(This post is News article direct from The Catholic Online on 29 June 2013.)

Syrian terrorists have beheaded a Catholic priest who they accused of collaborating with the Assad regime. Those accusations have not yet been verified. Father Francois was summarily executed and the Vatican has confirmed the martyrdom.

Syrian jihadists have carried out a series of beheadings in order to intimidate others into compliance with their extremism.

VATICAN CITY (Catholic Online) - The Vatican is confirming the death by beheading of Franciscan Father, Francois Murad, who was martyred by Syrian jihadists on June 23. 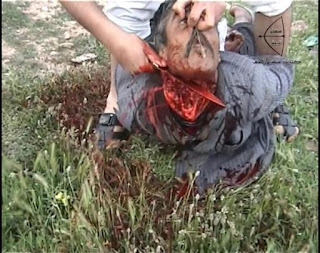 The circumstances of the death are not fully understood. According to local sources, the monastery where Fr. Murad was staying was attacked by militants linked to the jihadi group Jabhat al-Nusra.

Father François, 49, had taken the first steps in the religious life with the Franciscan Friars of the Custody of the Holy Land, and with them he continued to share close bonds of spiritual friendship.

After being ordained a priest he had started the construction of a coenobitic monastery dedicated to St. Simon Stylites in the village of Gassanieh.After the start of the Civil War, the monastery of St. Simon had been bombed and Fr. Murad had moved to the convent of the Custody for safety reasons and to give support to the remaining few, along with another religious and nuns of the Rosary.

"Let us pray," writes the Custos of the Holy Land Pierbattista Pizzaballa OFM " so that this absurd and shameful war ends soon and that the people of Syria can go back to living a normal life."

Archbishop Jacques Behnan Hindo, titular of the Syrian Catholic archeparchy in Hassaké-Nisibis reports to Fides: "The whole story of Christians in the Middle East is marked and made fruitful by the blood of the martyrs of many persecutions. Lately, father Murad sent me some messages that clearly showed how conscious he was of living in a dangerous situation, and offered his life for peace in Syria and around the world. " 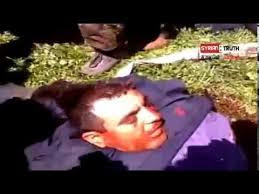 This should make it clear to Christians around the world what jihadists are about. Make no mistake. Catholics and Christians around the globe are under dire threat, particularly from the spread of militant Islam. Until the threat is recognized and taken seriously, martyrdoms like this will continue.

We have a link to video provided via LiveLeak. We must warn you, the video is extremely graphic. We believe the first victim is Father Francois, and the second victim that is depicted is another person said to be a collaborator with the Assad regime.

The video CLEARLY depicts the beheadings of these victims. DO NOT follow the link unless you are over the age of 18, and are prepared to view content of this nature.

Catholic Online believes it is very important the world knows that Christians are being murdered for their faith, and that martyrdom isn't an ancient phenomenon.