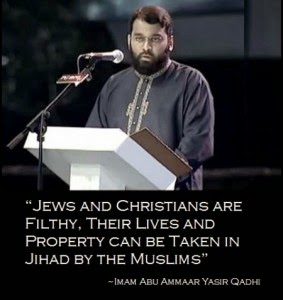 Abu Ammaar Yasir Qadhi, a Memphis Imam based in Tennessee, preaches openly about what Islam truly is. He makes no bones about thinking that anyone other than a Muslim doesn't deserve anything and are less than Muslims.

In fact, part of Yasir Qadhi's preaching includes rhetoric that says non-Muslims lives are forfeit and their property is legal for Muslims to take in jihad, (and this would include women as sex slaves)  Recently Yasir Qadhi said that "Jews and Christians filthy, their lives and property can be taken in jihad by the Muslims."

Yasir Qadhi is not only a Memphis Imam, but is is also the Dean of Academic Affairs at the Al-Maghrib Institute. He is a hafiz (has memorized the Qur'an) and he has an M.A. in the Islamic Creed and a B.A. in Islamic Sciences from Islamic University of Medina, as well as a master's and a doctorate in Islamic Studies from Yale.


During a lecture on Shirk, or polytheism, Yasir Qadhi said that Jews and Christians are mushrikoon, or polytheists, because they have made partners with Allah. From Yasir Qadhi's perspective, only Muslims are monotheists.

He also claims that it is the responsibility of every single human being to bear witness that there is no deity worthy of worship except Allah, and him alone.

Now pay attention here. Yasir Qadhi now will tell you what the result and command that stems from this twisted principle.

"And it is because of this same principle of monotheism that the prophet has been commanded to do jihad."

OK, now we're getting somewhere. Did all of you alleged "moderate" Muslims out there get that? Of course, you did. You know this. You know jihad is not just some internal struggle. It isn't about losing weight or getting in shape or some personal goal to be obtained. It is a holy war to advance the caliphate, the Islamic State.

While jihad is not the goal, Qadhi says, it is the means. "It is a means to establish monotheism on the land," Qadhi says. 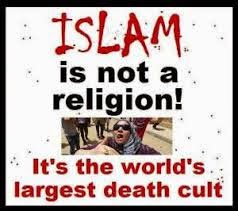 Let me translate that for any who are still skeptical and buying into the lie that Islam is peaceful. Jihad is a means, a violent means, to an end, or goal, where Islam dominates the United States. In fact, Islam believes it will dominate the world, and I emphasize the word dominate.

Qadhi claims that he "has been commanded to fight the people until they testify."

"The whole reason why Allah has created us and sent the prophet and revealed the books, and differentiated us based upon this principle and allowed for jihad, is the basis and is the principle of monotheism," he continues. "The life and property of a "Mushrik" (someone who does not worship Allah) holds no value in the state of jihad."

As if that wasn't outlandish enough, Yasir Qadhi continues by attempting to differentiate that life is valuable at times, just not when jihad is going on. Well, who knows when that is going on?

Qadhi said, "The life and property of a mushrik [one who worships others besides Allah] holds no value in the state of jihad….which means if they don't sayla illaha illa Allah, their lives and property are halal" — that is, permitted to be taken by the Muslims. "The prophet, and I quoted the hadith before, 'I have been commanded to fight the people until" they profess that there is no god but Allah, and once they convert to Islam, "their life and property become protected from them."

What does all of that mean? I'm glad you asked and so is Yasir Qadhi. This "means if they don't" convert to Islam, "their life and property are halal (or in this case, free for the taking legally) for the Muslims."

He then goes on to say that Christians commit "shirk," they are unbelievers, and they are polytheists.

Then he gets into ad hominem attacks on Christians. "They are filthy, a spiritual filthiness which can only be purified by the purity of tawheed (monotheism)." He then adds that Allah believes anyone who is not a Muslim is a "nudge." In other words, a nudge, in Arabic is "najasa," and it means that you are "feces, urine, filthy, or contaminated."

Well, I have news for Yasir Qadhi and all Muslims. The God of the Bible says you are filthy and you distort his teachings and he will come one day to judge you, but should you fail to repent and believe the gospel of Jesus Christ and seek to pursue a jihad on American soil, we will see your jihad and raise you another crusade if you seek to push this filthy, backwards, disgusting and immoral ideology of Islam on us. 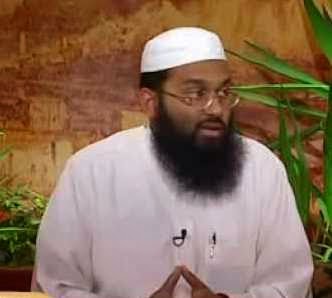 (Abu Ammaar Yasir Qadhi was born in Houston, Texas, to parents of Pakistani origin. When Qadhi was five, the family moved to Jeddah, Saudi Arabia, where he graduated high school two years early as class valedictorian. Qadhi returned to Houston to complete a Bachelor of Science in chemical engineering from the University of Houston.

After a short stint at Dow Chemical, Qadhi in 1996 enrolled at the Islamic University of Medina in Medina, Saudi Arabia. There he earned a bachelor's degree in Arabic from the university's College of Hadith and Islamic Sciences and a master's degree in Islamic Theology from its College of Dawah. Qadhi returned to the United States in 2005 after nine years in Saudi Arabia.

Qadhi teaches in the Religious Studies Department of Rhodes College, in Memphis, Tennessee. Additionally, he has completed a doctoral in theology at Yale University in New Haven, Connecticut.

Qadhi is also the Dean of Academic Affairs and an instructor for the AlMaghrib Institute, a seminar-based Islamic education institution. The instructors travel to designated locations in the US, UK and Canada (and more recently, Malaysia) to teach Islamic studies in English.

Qadhi gives regular sermons and lectures, and also appears on a number of Islamic satellite channels: (Islam Channel in England; Huda TV in Egypt; Al-Fajr Channel in Egypt; and Peace TV in India, the UK, and the U.S), where he teaches theology, Seerah, Tajweed and other topics.

A former Salafist, he described himself as a "revivalist" in the Islamic sense, and likens some of the practices he endorses as similar to those practiced by conservative Christian groups and Orthodox Jews in America, particularly with regard to dietary laws, family values, and modest dress for women.

Qadhi is also one of the founding members and Islamic specialists at MuslimMatters.org, a webzine for American Muslims.)

Related posts at following links:
Fighting Islamism: A Defining Challenge of Our Time
Posted by Hla Oo at 9:05 PM