(Staff articles from The CLARIONPROJECT in July, November 2017.) 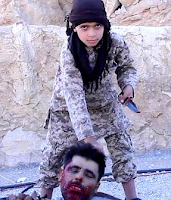 ISIS’ Next Plan: Ticking Time-Bomb Kids in Europe. ISIS has entered refugee camps in the Middle East to brainwash women and children into becoming suicide bombers in Europe. That’s according to the European Centre for Counterterrorism and Intelligence Studies (Arabic link).

This is ISIS’ latest tactic in the wake of its crippling defeats in Syria and Iraq. The Centre mentions camps in Turkey but says Islamic State is also active in camps in other countries. Lebanon and Jordan are both major destinations for refugees from the fighting. There are also IDP (internally displaced people) camps in Iraq.

There were media reports earlier this year of ISIS paying smugglers to bring child refugees out of the camps to be drafted into Islamic State’s fighting forces, the Centre notes. ISIS was reportedly prepared to pay $1,000-2,000 per child in Jordan and Lebanon.


The idea was for these children to initially fight with ISIS in exchange for a salary to be paid both to the youths and their families. At a later date, ISIS would dispatch them to Europe to carry out suicide attacks.

The report highlights the desperate plight of the young housed in refugee camps making them easy prey and points to ISIS promising them trips to Europe. Following map shows routes taken by children from iraq and Syria to the camps and on to Europe.

Thousands Of Kids Disappear in Europe:

Another issue has arisen. Children from Syria and Iraq have simply disappeared from refugee centers across Europe, the Centre says. Some 200,000 minors entered Europe as refugees from the fighting, 10,000 of them without parents. The Centre says 30,000 children have vanished: Italy: 5,000, Sweden: 1,000, and Germany: An unknown number estimated in the thousands.

Internal German intelligence is concerned that returning minors – German children who went to Iraq and Syria and subsequently returned – might become frontline recruiters from ISIS operations in Europe. Separately, the Centre says some assessments suggest ISIS numbers as many as 450 French children in its ranks and 100 from Belgium. 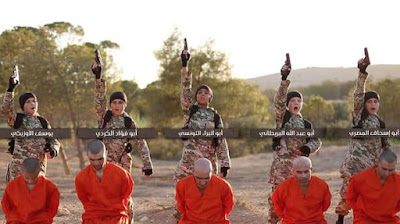 Europol: ISIS Training Children to Be Next Generation of Fighters

The children of foreign fighters living in Islamic State territory are being trained to be the next generation of Islamic State fighters, according to a new report by Europol, the joint European law enforcement agency as reported by The Independent.

Many fighters from around the world who travelled to join the Islamic State brought their children with them. Still others had children while in Islamic State (ISIS/ISIL) territory. “In their propaganda, ISIS has often shown that they train these minors to become the next generation of foreign terrorist fighters, which may pose a future security threat to member states,” Europol's annual report on terrorism in the European Union said.

The report said that children raised in the Islamic State were an issue of "particular concern." ISIS has indoctrinated the children under their control to such an extent that researchers have argued they will continue to pose a threat even if the Islamic State is defeated.

"They are an immediate threat and will become a much longer-term one,” Nikita Malik of the British-based, counter-extremism think tank the Quilliam Foundation said. “Their educational indoctrination breeds hatred against the West and calls all other states illegitimate – these children will have no access to or memory of any other ideas.”

Clarion Project first reported the training of children in Islamic State camps in November 2014, when the group released a video showing the children of recruits from Kazakhstan training in a military camp. In 2014, those boys were aged 8-10. They have now been training for two years, learning Islamic State ideology and military techniques, such as rifle shooting and physical training.

In February 2015, the group released a video advertising the "Farouk Institute for Cubs," its new training facility for child soldiers. ISIS calls its recruits "cubs," as opposed to "lions," the name it uses for its adult soldiers.

ISIS has been recruiting child soldiers steadily. In 2015, the Syrian Observatory for Human Rights reported that from January to March ISIS recruited 400 child soldiers. Earlier this year, the Islamic State released an app to teach children the Arabic alphabet, but using examples of military equipment to inure children to violent and military themes even from a young age. It gives children a different word for each letter, including "gun, tank, rocket and bullet."

It is believed that the number of children born to foreign fighters will increase as the proportion of women has increased among those who have travelled to join the Islamic State. These women are less able to leave than men are, and hence become so-called "jihadi brides." If their husbands are killed in battle, they are remarried so they can continue to bear children for the "caliphate." Currently, it is estimated that 31,000 women in the caliphate territory are pregnant. 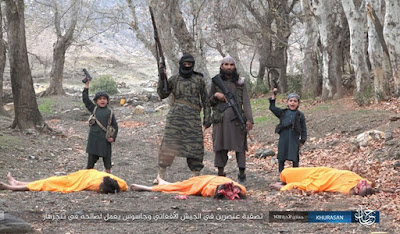