The Danish and Norwegian victims, who were students in their 20s, were discovered by other tourists near the foot of North Africa's highest peak, Mount Toubkad with what police say was 'evidence of violence on their necks' while unverified local reports say they had been raped and decapitated. THREE men have been arrested after two female backpackers were found with severe neck injuries in their tent at a popular trekking spot in Morocco.

The tourists from Denmark and Norway, who were in their twenties, were discovered yesterday near the village of Imlil in the High Atlas mountain range where they had set up their tent. Louisa Jespersen and her friend Maren Ueland had been camping when they were horribly attacked.


They have been named as Louisa Jespersen, 24, from Denmark and Maren Ueland, 28, from Norway who were on a month long trip across the North African country. According to Morocco World News, a witness, who asked to not to be named, said the women were "allegedly found decapitated", although this has not been verified.

Their bodies were found in a "remote mountainous region" about 6.2 miles from the centre of the village. It is reported that three suspects from Marrakesh, who were camping nearby, have been arrested in connection with the murder.

A source told Morocco World News: “The suspects were camping in the same area that the murder took place. "Witnesses saw the group at night as they were heading to the camp area.” Police are also said to have identified the suspects through CCTV in local shops in the village. One of the suspects, according to the source, also left his ID card behind at the camp.

Both were students of "outdoor activities and cultural guidance" at the University of Southeastern Norway. They had reportedly set up a camp near Imlil which is a popular tourist destination at the foot of the Toubkal peak which is the highest in Africa.

Norwegian Foreign Minister press officer Ane Lunde told national broadcaster NRK: "We are aware that a Norwegian citizen is reported dead in Morocco. “We are now working through our Embassy in Rabat to map the situation and find out what has happened. In doing this, we are upholding contact with Moroccan authorities." 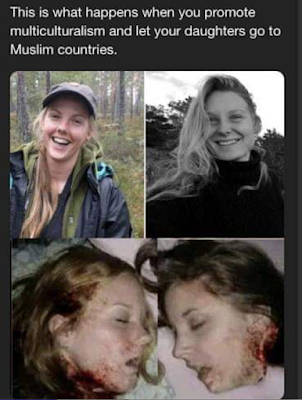 MOROCCO: Graphic Beheading Video has emerged of one of the two Scandinavian female tourists being ‘beheaded’ by Muslims at popular tourist hiking trail. ‘It’s Allah’s will’: Muslims branded two Scandinavian women the ‘enemies of God’ as they filmed themselves decapitating one of the tourists in Morocco – ‘and posted video pledging allegiance to ISIS.’

Maren Ueland, 28, from Norway, and Louisa Vesterager Jespersen, 24, from Denmark, were found dead near the village of Imlil in Morocco’s High Atlas mountains on Monday.  A video showing the murder of one of the women has been recognised as genuine, Danish intelligence service said today adding that the killings can be connected to ISIS.

Men in the gruesome clip can be heard shouting ‘it’s Allah’s will’ while there are claims that the words ‘this is for Syria’ were used, in an apparent reference to Western bombing missions in the war-torn country.

Separate footage has emerged today showing four men suspected of carrying out the attack pledging their alliance to ISIS leader Abu Bakr al-Baghdadi. Sitting in front of a black and white flag, one is seen brandishing a knife as they condemn ‘destruction caused by the warplanes of the Crusader alliance’. They also appear to taunt Morocco’s intelligence service, saying ‘where is your knowledge? For here we are…’

This morning, a series of fearsome knives were found on a bus in Marrakesh as three suspects were arrested over the atrocity. Yesterday, a fourth man was held, suspected of belonging to an Islamic extremist group.

Here is the link to the gruesome beheading video:

Here is a description of what happens in the beheading-Maren video:

- outside, nighttime, phone/flashlight is on, rocky area
- she is laying down on her stomach, pants pulled down
- two rapist Arabs standing over her speaking Arabic
- one begins sawing the back of her neck with a long knife
- she exclaims “ow! ow!” before yelling “MOOOOR!” (Danish for “mother”, she is calling for her mom)
- she tried to roll over which only results in the guy sawing the front of her throat
- blood everywhere now
- the guy filming puts his foot on her face to hold her there
- she meekly reaches up to try and repel the knife wielder sawing through her throat
- moments later her arms go limp as she loses consciousness
- guy continues cutting until her head is off
- carries it over to the tent and throws it on the ground
- one of them spits on the decapitated head

These girls could have been our daughters, sisters, friends. Ignoring the problems won’t make them go away, this is what “Diversity” will bring to our homelands, fight back. This video must be watched and shared, the murder recorded shows the brutality and hatred these people feel towards us Europeans, their deaths must not be forgotten and must be avenged.

PC culture and Neoliberalism brainwashed people into believing the world is some kind of rainbow heaven where nothing bad ever happens, these two girls believed that lie and DIED for this. 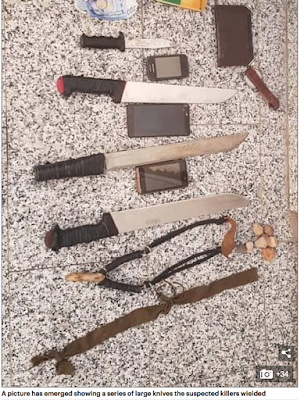 Maren Ueland Was Apparently A Muslim-sympathiser

This page appears to be an archive of Maren Ueland’s Facebook page, revised into a sort of memorial page shortly after her murder. If it is authentic, Maren Ueland, who was brutally murdered by Islamic jihadis while hiking in Morocco, in 2015 posted on Facebook a video shaming people who oppose the Muslim migrant influx into Europe:

Here is the link to the pro-Muslim video from Maren Ueland's Facebook page:


If they heard any dissenting views regarding Islam, there is no doubt also that those views were subjected to furious and concerted demonization. They were likely taught, if they heard anything at all about people who do not believe that Islam is a religion of peace, that such people were “bigots,” “racists,” and “Islamophobes,” and should be regarded with disgust and contempt. 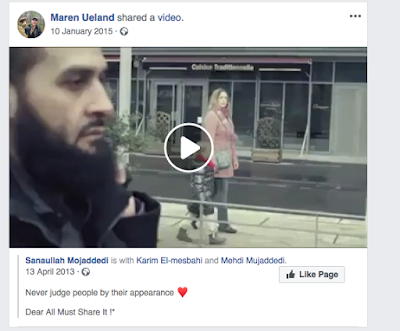 Young Women Murdered in Morocco Were Victims of the Left

The story couldn’t possibly be more horrifying: a young woman from Denmark, Louisa Vesterager Jespersen, 24, and another from Norway, Maren Ueland, 28, were gang-raped and beheaded by Islamic jihadists while camping in the Atlas Mountains in Morocco.

The jihadis, mad with bloodlust, videoed their beheading of one of the women and had the savage cruelty to send the video to her mother. The world is justly sickened by this animal barbarity on the part of the three Islamic State jihad murderers who were arrested shortly thereafter.

However, it must also be noted that Jespersen and Ueland are not just victims of the Islamic State (ISIS). They are also the latest casualties of the Left’s fantasy world. The responsibility for their deaths lies not just with ISIS, and their deaths are not simply a result of their own poor judgment.

The deaths of Louisa Jespersen and Maren Ueland are also a consequence of the Leftist world in which they moved and lived. Leftist leaders constructed this fantasy world, because Leftist ideas are dead on the drawing board without it.

What were they doing, two young women alone, camping in Morocco? According to the MailOnline, “Ms Ueland’s mother, Irene, told Norwegian broadcaster NRK: ‘Her priority was safety. The girls had taken all precautionary measures before embarking on this trip.’”

Except that it obviously did not even occur to them that what they thought they knew about Morocco’s religion and culture might be inaccurate and designed to whitewash Islam, leaving them ill-informed about a threat that they actually did end up facing.

Louisa Jespersen and Maren Ueland no doubt learned in whatever Scandinavian universities they attended, since those universities were no doubt as saturated as universities everywhere else in the Western world with moral relativism and contemptuous of absolutes, that there is no dispute between people that can’t be settled by mutually respectful “dialogue,” and that the troubles in the world today are primarily the fault of the U.S. and Israel. So why should two girls from Scandinavia have anything to worry about in Morocco? 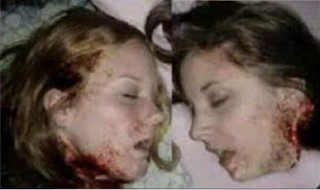 If they heard any dissenting views regarding Islam, there is no doubt also that those views were subjected to furious and concerted demonization. They were likely taught, if they heard anything at all about people who do not believe that Islam is a religion of peace, that such people were “bigots,” “racists,” and “Islamophobes,” and should be regarded with disgust and contempt.

The Southern Poverty Law Center (SPLC) is a good barometer of Leftist opinion today (and the establishment media that treats the SPLC as if it were a reliable source), and the SPLC sees only one group of genuinely evil people in the world. Those evil people are the ones who recognize that there are evil forces in the world that are set against the United States, and who want to protect Americans against Islamic jihadists, criminal migrants, and more, are the only evil ones.

Now they are dead, murdered in a gruesome fashion, and second only to the horror and tragedy of their murders is the great pity of the fact that no one among their peers is likely to learn the true lesson of their deaths. And some among them are certain to repeat their mistake. The Islamic State will be waiting, and can thank the Left for providing its jihadis with a continual supply of victims. 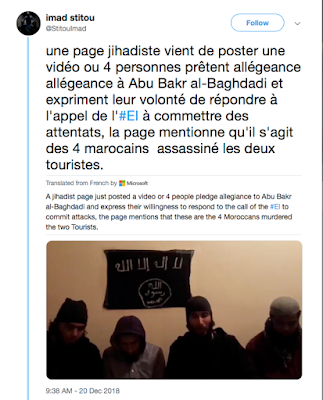