The summary of the 1964 Program was to terminate the original 1955 Program (which was to accommodate the peaceful solution with the government) and to earmark the armed revolution as the main battle and to bring in other political attacks into that main battle.
Party members were allowed to criticize the activities of the 1964 Program laid down by the upper echelon of CPB if they didn’t agree. But they also had strong obligations to implement the 64 Program as directed.
CPB Shan State Southern District
We in the Southern District of Shan State also tried actively to implement the 1964 Program as directed by the Central Committee. First we had to build up a strong armed unit to destroy the enemy presence in the territory. But to organize and build an armed unit we must begin to attack the enemy.  Based on these principles we started looking for the opportunities to attack the army.
Our armed unit then had only about 30 men but the army had strong bases in all the regions of the district except for our base region Inlay Lake in Nyaung Shwe Township. Our Party then was slowly building up the Inlay Lake region into a war territory from an underground territory.
Initially there were only a police station and a small army camp at Nyaung Shwe. There were a platoon strength army camp at Khaung-dai village on the western shore of Inlay Lake and another platoon strength camp at Maing-thout Village on the eastern shore of Inlay Lake. Also there were a police station at Nan-pan Village and a section-strength army camp at In-pau-khon Village.
Army was thinly spread out all over the Inlay region by then and later expanded to the villages on the border of Nyaung Shwe and Sagar townships. On the Bee-loo-chaung Creek an army platoon was placed at the Taung-toh Village and another platoon was at Kyaing-khan-gyi Village.
In the Sagar region there were 30-strong police contingent and an army platoon taking positions at the town of Sagar. And another army platoon was at the village of Nant-toke between Phae-khone and Sagar towns. 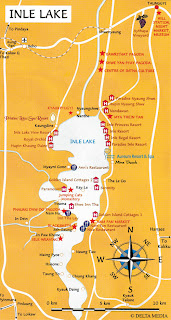 The CPB’s Shan State Southern District Committee had directed me to implement a battle plan against the army and I began to scout together with two suitable men from my unit to gather information about enemy positions and their movements. Our unit was also reinforced with the unit of a veteran section from our CPB Central Division since my unit from Southern District didn’t have enough men with battle experiences to fight the coming battle.
Time was in the middle of a hot summer season and vast Inlay Lake was losing water seriously to the evaporation and getting narrower and narrower. The Bee-loo-chaung Creek flowing from the Inlay Lake to Lwe-kaw in the Kayah State down south was mostly thigh deep and in some places just knee deep.
According to our information from the locals the Captain Maung Maung-led First Company from the IB-17 was on the garrison duty at Phae-khone Town just above the city of Lwe-kaw. One platoon from that company was stationed at the fortified camp in the Taung-toh Village at the southern end of Inlay Lake.
That platoon had regularly traveled on the long-tailed boats back to their Company HQ at Phae-khone at every month-end to receive their salaries and the supplies. My plan was to ambush them on their way on the Bee-loo-chaung Creek. So we marched to the Southern Sagar area and temporarily camped in the forest by the Bee-loo-chaung Creek. 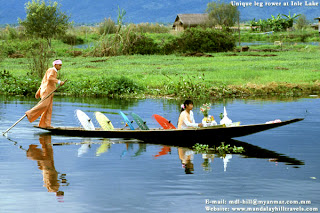 One day there two villagers from the villages of Nan-the and Le-taing came to us and reported about the enemy movement. According to them about twenty soldiers from the Taung-toh Platoon had gone down in three long-tailed boats to Phae-khone and they were expected to return by the same way.
Just before sunset most areas by the Creek was quiet deserted. Together with my platoon   commanders we scouted for a suitable ambush spot on the western bank of the Creek and chose a spot for our ambush.
Early next day well before sunrise we took our positions at the chosen ambush spot. Rice and curry were cooked and individually packed and already distributed to the men in advance. That day we had waited the whole day till dark but enemy didn’t show up. So we left the spot and came back to our forest camp for a night rest.
Next day well before sunrise again we repeated our patient wait to ambush the enemy at the same site. At about 11 in the morning we started hearing the noises of long-tailed boat engines coming upstream along the Bee-loo-chaung Creek. We all cocked our guns and flicked the safeties off almost in synchrony. After that we waited in silence like the hunters quietly stalking the preys. And the surrounding was so quiet we could almost hear a pin drop.

Gradually the three long-tailed boats, about 30 yards apart from each other’s bow and stern, slowly travelling against the current entered our ambush range. The first boat at the front had one of the soldiers placed his G3 barrel on the bow ready and prepared. We just patiently waited for the breaking out of gunshots from our first section at the farthest end of our ambush range.
Enemy’s first boat was also getting closer and closer to our first section on the west bank as the strong current had forced the boat to slightly veer left towards the bank instead of staying on course at the middle of the creek. Once it hit the ten yards distance from our first section our men started shooting and everyone followed and the thunder of automatic gunfire basically blanketed the whole sky and the surface of the creek.
It only took about ten minutes of shooting and all the enemy soldiers on three boats had ended up dead, wounded, or fallen into the creek. What left on the boats were some of their guns and equipments and other stuff they brought back from Phae-khone. Three soldiers were now standing up in the shallow water and letting us know that they had surrendered by raising their hands high up in the air.
At that spot the creek was only chest deep at the middle and man-height deep near the banks and it was only 400 yards wide. Once the ambush was decisively over we cleared the site and secured the surrounding. We then brought in the three captured onto the bank and interrogated them.
As two of them were wounded slightly our medics treated them kindly. The one without a scratch was their leader Sergeant San Khin. He was a 30 years old muscular man and a Pa-khoke-ku native. He was the leader of the army platoon garrisoned at the Taung-toh Village.

He and 19 of his men were on the way back from their monthly trip to Captain Maung Maung’s Company at Phae-kone to receive the supplies and the salaries for the Taung-toh platoon. Also the trip was a shopping one as one of the soldiers was about to marry a girl from village. Luckily the groom was one of the wounded two.
We explained to the Sergeant and his two soldiers the official POW policy of our CPB as we were not to kill the prisoners. Later we made the necessary arrangement for all three to go back to Phae-khone.
In that ambush we captured from the enemy seven G3 automatic rifles, one G4 light machine gun, two Yugo-Sten guns, and one M79 portable grenade launcher, all together eleven assorted small arms. We also captured 2,800 rounds of assorted ammunition, 14 army backpacks, and nearly 3,000 kyats. Other stuff captured were one good-size tin drum of local liquor and some female stuff like make-ups and shirts and sarongs.

The rest of their guns and ammunition had fallen into the creek waters and we tried hard to recover them without success. Even with the help of local villagers searching the creek bottom till dark they could recover only one G3 rifle.
We tied down three boats firmly at the bank and warned the villagers with us not to touch the boats and the engines as those were most likely the private properties not owned by the army. As we retreated back to our camp we gave the liquor drum and the female stuff away to the villagers who were helping us as they wouldn’t take money from us.
We later retreated all the way back to the Nyaung Shwe area which was as far away as possible for us from the ambush site.
Inlay Lake Burning – Part 2
Posted by Hla Oo at 2:03 PM