(Hannah Suh’s article direct from the NATIONAL INTEREST on 29 August 2014.) 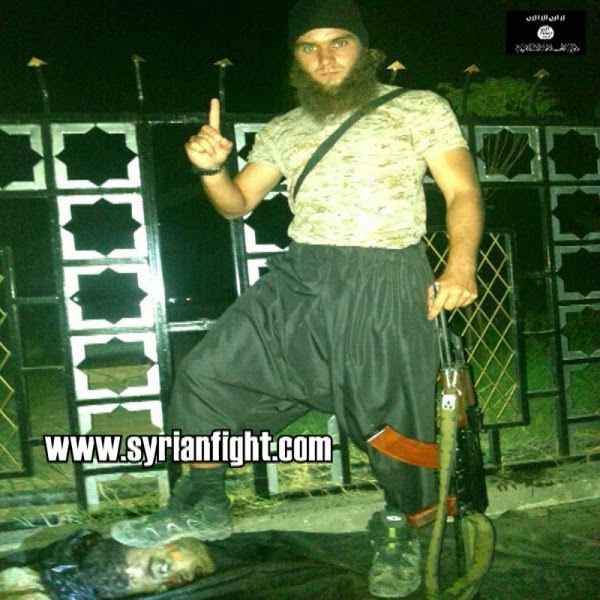 In places across Indonesia, small collections of political Islamists have “openly pledged their allegiance” to the extremist terrorist group, the Islamic State (IS).

One of those who have voiced their support is Abu Bakar Bashir, the founder of the extremist Indonesian terrorist group Jemaah Islamiyah (JI) responsible for the deadly bombings during the 2000s, including the Bali nightclub bombing in 2002, the Marriott bombing in 2003, the Australian Embassy bombing in 2004, the Bali II bombing in 2005, and the Jakarta hotel bombings in 2009.

While the spillover of IS into the Asia-Pacific region is unsurprising, this troubling yet under-recognized trend has serious implications for the region as well as the United States.


Southeast Asia’s history of homegrown terrorist groups heighten concerns of IS’ spillover effect. The demographics of the region itself contribute to the fear of a revival of militant Islam—nearly 62% of the world’s Muslim population lives in the Asia-Pacific—Indonesia being the world’s largest Muslim population, with 209 million or 87.2% of the population identifying as Muslim.

In the case of Indonesia, although the number of Indonesians joining IS abroad is relatively small, the return of these experienced fighters to their homeland is a larger security threat with serious ramifications. These jihadists could “rekindle the domestic terrorist threat by developing new connections with well-funded, armed, and organized jihadi groups in the Middle East,” according to Sri Yunanto, an adviser to Indonesia’s national counterterrorism agency.

As president-elect Joko Widodo transitions into office, he must be cognizant of the security threat and act decisively by identifying it among the most important issues of his administration’s policy agenda.

While not much has been reported on IS’ spillover into other Southeast Asian countries, the same causes of concern in Indonesia apply to the rest of the region. With the drawdown of U.S. Joint Special Operations Task Force Philippines, Manila may be more vulnerable to terrorism.

The threat of terrorism is not isolated to Southeast Asia but has also reached Australia; the discussion of IS’ threat dominated the recent AUSMIN ministerial. The graphic picture of Australian terrorist Khaled Sharrouf’s young son holding the severed head of a soldier in Syria has only further emphasized the rampant spread and persistence of terrorism outside of the Middle East.

Once again, the threat of returning jihadists planning attacks is prevalent in Australia. During the 1990s and 2000s, an estimated 30 Australians traveled to Afghanistan and Pakistan to train with Al Qaeda. Of those who returned, almost one-third were arrested on terror-related charges and all were involved in some type of terrorist activity.

The insurgency has even reached East Asia. The Japanese Foreign Ministry is investigating a video posted to YouTube, which shows a Japanese national captured by IS members. A recent press conference by China’s special convoy for the Middle East is evidence, according to some Chinese scholars, that China is watching the Middle East closely and is aware of its influence on China, specifically the Xinjiang region.

The importance of individual countries’ counterterrorism strategies cannot be understated. However, a regional response is equally important. The Association of Southeast Asian Nations (ASEAN) could help fill this gap.

By the end of 2015, ASEAN has pledged to strengthen its political-security cooperation by creating the ASEAN Political-Security Community (APSC). With Malaysia assuming the chairmanship of ASEAN in 2015 amidst reports that IS is directly recruiting in Malaysia, hopefully the re-rise of terrorism in the region will serve as an impetus for ASEAN to actually take action.

Although the term “global war on terror” has long lost favor, the global aspect is still important. Coming full circle since 9/11, the crisis in Iraq and resurgence of militant Islam in Southeast Asia reinforce and reemphasize the globalization of terrorism.

While the Obama administration has rightly focused on the Middle East, it should also pay attention to the ripple effects of IS in the Asia-Pacific region. As globalization proceeds, the two regions will increasingly be linked by negative trends like the spread of extremism in addition to positive ties like trade.

As part of its Asia rebalance policy, the United States is continuing to reinvigorate diplomatic and defense relations with its allies and partners in Asia. Security cooperation with Asian partners under the Bush administration was often focused on counter-terrorism to the exclusion of other issues, but the spread of IS demonstrates the continued relevance of CT in the U.S. Asia policy portfolio.

Detachment 88, an Indonesian special forces counterterrorism squad funded and trained by the United States and Australia, has experienced a high level of success since its creation in 2003 as evidenced by the deaths of top JI officials Noordin Mohammad Top and Dulmatin and master bombmaker Azhari.

Further progress and cooperation are needed, as maintaining a positive security bilateral relationship between the United States and Indonesia is of great importance. The United States should continue providing capacity building mechanism and tactical responses and investigative skills training through the State Department’s Antiterrorism Assistance (ATA).

The drawdown of U.S. special forces in the Philippines is actually a positive sign of how successful bilateral security efforts have been; Philippine security forces have reached a point where they depend less on U.S. assistance.

However, Washington and Manila’s relationship should not stay stagnant. Instead, both countries should seek opportunities for growth. With the Philippine government transitioning from the military, the Armed Forces of the Philippines (AFP), to the police force, the Philippine National Police (PNP), to maintain peace in high-risk security situations, the United States should provide tactical training and support the transition as much as possible.

Overall, the United States has allocated a considerable amount of resources to counterterrorism efforts for both countries. At a time when IS may be fueling a new period of Islamist radicalism, many southeast Asian countries are facing new or resurgent terrorism threats. This security threat provides a new opportunity for U.S. policy. There is no time for complacency with respect to counterterrorism.