Why Do Islamists Kill? Because They Hate Women! 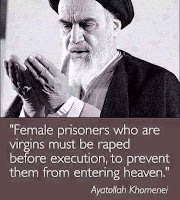 DOUGLAS MURRAY: Why do Islamists kill? Because they hate women… so where does this hatred come from? It's in Islam's origins and too few people are willing to admit it. EVEN after all these years, all these attacks and all these dead, the West still keeps asking the same question: “Who would do such a thing?”

The answer is always the same. Disdain for women is a constant of Islamic history. Sometimes the culprits are home-grown. Sometimes they are recent arrivals. Sometimes they have been in the West for generations, eat fish and chips and play cricket. Sometimes the perpetrator is a lone wolf, unknown to the authorities. More often it turns out to be a “known wolf”, in the peripheral vision of the security ­services.

Yet still our society wonders: What would make someone do such a thing? The tone of bafflement is strange — like a society that keeps asking a question, but keeps its fingers lodged firmly in its ears whenever it is given the answer.


For their part, the Islamists are ­amazingly clear about what they want and the reasons why they act accordingly. You never have to read between the lines. Where does it come from, this hatred the Islamists hold for half the human ­species?

Listen to Jawad Akbar, recorded in the UK in 2004 as he discussed the soft ­targets he and his al Qaeda-linked cell were planning to hit. The targets included the Ministry of Sound nightclub in London. Akbar said to his colleague, Omar Khyam, that no one could “turn round and say, ‘Oh they are innocent’, those slags dancing around”.

It’s the same reason why ten years ago next month, Bilal Abdullah and Kafeel Ahmed (an NHS doctor and an engineering PhD student, respectively) planted a car bomb outside the glass front of the Tiger Tiger club on London’s Haymarket. They then planted another just down the road in the hope that those “slags” fleeing from the first blast would run straight into the second.

Bilal Abdullah was one of the terrorists behind the London car bombs plot and the Glasgow airport attack in 2007. Similarly, Irfan Naseer and his 11-member cell from Birmingham were ­convicted of plotting terror attacks in the nightclub area of the city where “slags and whores go drinking and clubbing” and “have sex like donkeys”.

Where does it come from, this hatred the Islamists hold — as well as everyone else they loathe — for half the human ­species? Even moderate Muslims hate it when you ask this, but the question is begged before us all.

What do people think the burka is? Or the niqab? Or even the headscarf? Why do Muslim societies restrict the freedom of women? Why are the Sharia courts, which legally operate in the UK, set up to prejudice the rights of women? Why do Islamists hate women from their faith who raise their voices against the extremists? It’s in Islam’s ­origins, and too few people are willing to admit it or reform it. 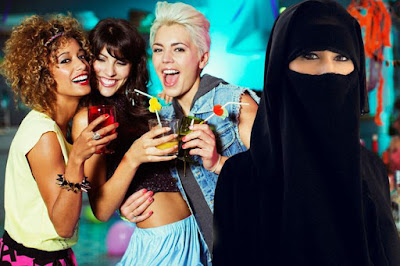 It is a constant of Islamic history, along with the Jews, the gays and the “wrong type of Muslim”: always and everywhere, the question of women. Such disdain is what led to the abuse of hundreds of girls in Rotherham, Rochdale, Oxfordshire and elsewhere.

Obviously, in the wake of Manchester, there are security questions to address. But what we seem most likely to dodge yet again is the possibility of learning any proper lessons at all from this. Theresa May and other politicians stress we will never give in. And they are right to do so. But beneath the defiance lie deep, and deeply unanswered, questions.

Exactly a year ago, Greater Manchester Police staged a mock terrorist attack in the city’s shopping centre to test response capabilities. An actor playing a suicide bomber burst through a doorway and detonated a fake device while shouting “Allahu Akhbar” (“Allah is greatest”).

The intention, obviously, was to make the scenario realistic. But the use of the jihadists’ sign-off sent social media into a spin. Soon community spokesmen (Muslims) were complaining in the media. Assistant Chief Constable Garry Shewan was hauled before the press and forced to apologise.

Greater Manchester’s police and crime commissioner Tony Lloyd said that shouting “Allahu Akhbar” before setting off the fake bombs “didn’t add anything to the event but has the potential to undermine the great community relations we have in Greater Manchester”. Perhaps when the blood has been cleared from the pavements of Manchester, someone could ask how many lives such excruciating societal stupidity has saved, or ever will save?

In Piccadilly Gardens, at lunchtime on the day after the attacks, crowds of people listened to a busker play the usual post-massacre playlist: All You Need Is Love and Everything’s Gonna Be Alright. But just like the renditions of Imagine, the buskers are wrong.

We need to do more than imagine. We need more than love. Everything is not all right. We need to address this problem, and start at the roots. Otherwise our societies will continue to be caught between people who mean what they say and a society which won’t even listen. And so they’ll keep meeting violently, these two worlds. 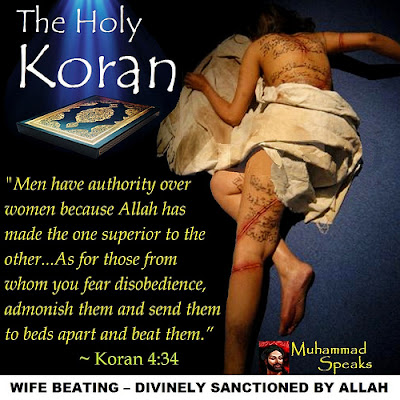 (Douglas Murray is the author of The Strange Death of Europe: Immigration, Identity, Islam.)
Posted by Hla Oo at 3:20 AM