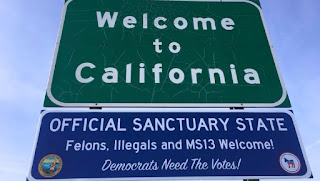 LOS ANGELES (CBSLA/AP) – Drivers making their way into California this week were greeted by a fake “Sanctuary State” sign.

A sign placed along the southbound 15 Freeway — near the town of Primm at the California-Nevada border — reads, “Official Sanctuary State! Felons, Illegals and MS13 Welcome! Democrats Need The Votes!”

It was tacked below an already existing “Welcome to California” sign. MS-13 refers to an international gang which began in Los Angeles. It was unclear if the sign had been removed as of Tuesday afternoon.


In October, California Gov. Jerry Brown signed sanctuary state legislation that extends protections for immigrants living in the United States illegally. The bill took affect Jan. 1. Police are now barred from asking people about their immigration status or participating in immigration enforcement activities. Jail officials only will be allowed to transfer inmates to federal immigration authorities if they have been convicted of certain crimes.

Following sharp dissent from law enforcement officials — including Los Angeles County Sheriff Jim McDonnell — the bill was scaled back significantly. McDonnell praised the revised bill as “very different.” Back in March, McDonnell had said he feared SB5 54 would force Immigration and Customs Enforcement (ICE) agents into the communities.

“The potential is, the likelihood is, they’re going to go into the communities looking for the individual, and my assessment would be they’re not going to limit themselves to that individual,” McDonnell said at the time. California is home to an estimated 2.3 million illegal immigrants.

Sanctuary cities in the Southland include San Bernardino, Santa Ana and Malibu. In early August, Sessions moved to punish San Bernardino and three other so-called sanctuary cities, threatening to deny them federal crime-fighting resources if they don’t step up efforts to help detain and deport people living in the country illegally. In an appearance in San Diego in September, Sessions was critical of the bill.

“One of the sad things is we have this disagreement over sanctuary cities and sanctuary states,” Sessions said on Sept. 20. “And the refusal of certain jurisdictions to cooperate with our colleagues, mostly our ICE agents, who have the responsibility under the law, the duty to arrest people who are in the country illegally, who commit, in addition to that, crimes against the United States of America, who are due to be deported. And I find it almost unbelievable that states and cities would object to that?”

Oregon is the only other state that has declared itself a sanctuary, doing so in 1987. The measure introduced by the California’s Democratic Senate leader, President Pro Tem Kevin de Leon of Los Angeles, cleared the Legislature with support only from Democrats. Republicans said it will protect criminals and make it harder for law enforcement to keep people safe.

Under SB54, police and sheriff’s officials, including jail officers, will still be able to work with federal immigration authorities if a person has been convicted of one of about 800 crimes, mostly felonies and misdemeanors that can be charged as felonies.


But they will be barred from transferring immigrants to federal authorities if their rap sheet includes only minor offenses. ICE Acting Director Thomas Homan has condemned the measure, saying California is prioritizing politics over public safety. 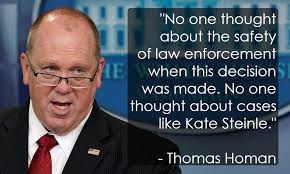 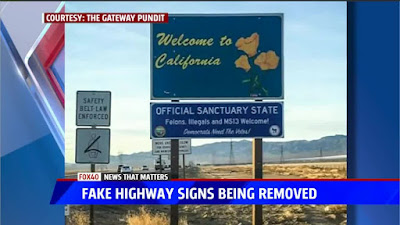