Islam Does Not Belong To Christian Germany

(Staff articles from The BBC in March-April 2018.)

Germany's new interior minister Horst Seehofer has said he believes "Islam does not belong" to the country, in direct contrast with Chancellor Angela Merkel. Horst Seehofer has long been a vocal critic of Mrs Merkel's refugee policies but has now taken up a key role at the heart of her new coalition government.

His comments are seen as an effort to win back voters from the far-right Alternative for Germany (AfD) party. The chancellor was quick to distance herself from the remarks. In his interview with the mass-circulation Bild newspaper, Mr Seehofer said Germany had been "shaped by Christianity", and that the country should not give up its own traditions.

"No. Islam does not belong to Germany. Germany is shaped by Christianity," he said. "The Muslims who live among us naturally belong to Germany... That of course does not mean that we should, out of a false consideration for others, give up our traditions and customs. Muslims need to live with us, not next to us or against us."

The chancellor Merkel made plain in 2015, amid a rise in anti-immigration protests, that she believed Islam was part of Germany, echoing the words of former president Christian Wulff. On Friday she emphasised the need for coexistence between religions.

Dusseldorf church historian Michael Hesemann was banned Monday by Facebook for 30 days. Reason was this contribution: "Islam plays in the 1,700-year history of the Christian West only one role: The sword of Damocles, which hung over us, the threat of barbarism against which they unite and to defend themselves was. In that sense, Islam is not part of German history but the fight against Islam! "

(The famed “Sword of Damocles” dates back to an ancient moral parable popularized by the Roman philosopher Cicero in his 45 B.C. book “Tusculan Disputations.” Cicero’s version of the tale centers on Dionysius II, a tyrannical king who once ruled over the Sicilian city of Syracuse during the fourth and fifth centuries B.C. Though rich and powerful, Dionysius was supremely unhappy. His iron-fisted rule had made him many enemies, and he was tormented by fears of assassination—so much so that he slept in a bedchamber surrounded by a moat and only trusted his daughters to shave his beard with a razor.

As Cicero tells it, the king’s dissatisfaction came to a head one day after a court flatterer named Damocles showered him with compliments and remarked how blissful his life must be. “Since this life delights you,” an annoyed Dionysius replied, “do you wish to taste it yourself and make a trial of my good fortune?” When Damocles agreed, Dionysius seated him on a golden couch and ordered a host of servants wait on him. He was treated to succulent cuts of meat and lavished with scented perfumes and ointments.

Damocles couldn’t believe his luck, but just as he was starting to enjoy the life of a king, he noticed that Dionysius had also hung a razor-sharp sword from the ceiling. It was positioned over Damocles’ head, suspended only by a single strand of horsehair. From then on, the courtier’s fear for his life made it impossible for him to savor the opulence of the feast or enjoy the servants. After casting several nervous glances at the blade dangling above him, he asked to be excused, saying he no longer wished to be so fortunate.

For Cicero, the tale of Dionysius and Damocles represented the idea that those in power always labor under the specter of anxiety and death, and that “there can be no happiness for one who is under constant apprehensions.” The parable later became a common motif in medieval literature, and the phrase “sword of Damocles” is now commonly used as a catchall term to describe a looming danger.

Likewise, the saying “hanging by a thread” has become shorthand for a fraught or precarious situation. One of its more famous uses came in 1961 during the Cold War, when President John F. Kennedy gave a speech before the United Nations in which he said that “Every man, woman and child lives under a nuclear sword of Damocles, hanging by the slenderest of threads, capable of being cut at any moment by accident or miscalculation or by madness.”)

With this contribution, the historian wanted to participate in the hot Islam debate initiated by Horst Seehofer’s “Islam Doesn’t Belong To Germany” statement. With his statement that Islam does not belong to Germany, the CSU leader and the new German Interior Minister had sparked a controversial debate last week.


According to a poll, 76 percent of Germans agreed with Seehofer. But shortly after Michael Hesemann had published his post on his Facebook page, this was reported and Left-leaning Facebook imposed the block.

Hesemann refers to the historical background:

"It says a lot about the deplorable state of our democracy under Chancellor Angela Merkel, when a historian may not name any more simple historical facts. For the question of whether Islam belongs to Germany, as Merkel claims or not, as Horst Seehofer stated, has a third answer: yes, it is part of our history, albeit in a way that is uncomfortable for many may be,” Michael Hesemann explained to our editors. 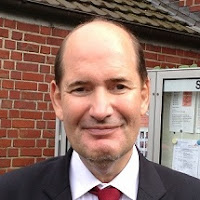 "Islam has even contributed significantly to European integration. Without Islam, there would have been no Charlemagne, whose grandfather, as hero of Poitiers, grew beyond his role as Hausmeier and laid the foundation stone for the Carolingian dynasty, no crusades and the associated cultural transfer, no renaissance, the consequence of the fall of Constantinople and the flight of its scholars to the West was no Holy League as the first European Defense League against the Turks and so much else.

“So Islam certainly played an important role in the history of Europe, and especially in Germany, but not as part of our culture, in which it was never integrated - but as a threat against which to unite and to all borders and opposites was overcome.

“But not as part of our culture, in which it was never integrated - but as a threat against which it was to unite and overcome all boundaries and opposites. Say: without Islam, a Christian West would never have defined itself in that clarity.”

The Catholic historian dismissed the reasoning that he had attacked people because of their religious affiliation, "This analysis of the history of our relationship to Islam in the period between the 7th and 18th centuries does not affect a single living person. It does not attack Islam, even though it states that it was perceived by the Christian West as a barbarism, a term that incidentally comes from ancient Greece and flatly all non-Greek characterizes - and Greek roots, Islam really does not have. "

"Nobody would resent it if a historian states that the Franks and Crusaders were once again understood by many Muslims as 'barbarians', perhaps even in some ways. But here, the historical assessment of Islam is simply limited and unworthy of a free society.

“Obviously, any critical engagement with a religion that has spread through the subjugation of other peoples by force and still today follows a barbarian 7th-century law that follows Sharia with its brutal corporal and capital punishments, including stoning and crucifixion. Apparently, every slightly critical historian must now muzzle.”

The first major controversy of Germany's new government broke out on Friday when Merkel was forced to contradict her new interior minister over the place of Islam in the country. Germany’s newly inaugurated Interior Minister Horst Seehofer told Bild newspaper on Friday that he doesn’t believe the Islamic faith is part of German culture.

"Islam does not belong to Germany. Germany is characterized by Christianity. These aspects include shops being closed on Sundays, church holidays and rituals such as Easter, Pentecost and Christmas," said the Christian Social Union (CSU) Bavarian leader.

“The Muslims who live with us obviously belong to Germany,” he stated, adding that “this does not mean we give up our country-specific traditions and customs out of a misplaced consideration for others."

Seehofer recently vowed to speed up deportations of rejected asylum seekers in his new role, as his ministry is responsible for topics including migration. His comments highlight his intent to steer his CSU and the new government in a more conservative direction.

On Wednesday, almost six months after the election, Germany’s new government was finally confirmed under a coalition deal with Merkel’s Christian Democrats (CDU), the CSU and the Social Democrats (SPD). Merkel was only narrowly elected by the Bundestag to a fourth term as Chancellor.

“Islam doesn’t belong to Germany” was a key theme of the Alternative for Germany’s (AfD) party platform in September’s general election. The far-right party is now Germany’s largest opposition party in the Bundestag.

Seehofer’s statement also contrasts with that of Chancellor Angela Merkel, who since 2015 has repeatedly said that Islam belongs to Germany. Seehofer has long been one of Merkel’s harshest critics with regards her immigration and refugee policies. Merkel quickly contradicted her minister, saying that despite Germany's Judeo-Christian roots, more than four million Muslims now made their homes in the country.

"These Muslims are part of Germany and with them, their religion, Islam, is just as much a part of Germany," she told reporters after talks with Swedish Prime Minister Stefan Lofven.

Despite Merkel's intervention, Seehofer's comments are likely to prove divisive in the fledgling right-left "grand coalition", which only came together when the reluctant Social Democrats (SPD) got on board after months of political paralysis.

Most of Germany's Muslims are descendants of Turkish so-called "guest workers" invited to Germany in the 1960s and 1970s. The much-hated Muslim community grew again when Merkel in 2015 opened the border to more than one million asylum seekers from war-torn Muslim-majority countries such as Syria, Iraq and Afghanistan.

The premier of Lower Saxony, Stephan Weil of the SPD, dismissed Seehofer's claim and accused him of sparking "a completely superfluous controversy" for Merkel. The head of the Central Council of Muslims, Aiman Mazyek, said a minister who started work with such a "lack of solidarity" with minorities in Germany had "immediately disqualified" himself and acted "extremely irresponsibly".

Jürgen Trittin of the opposition Greens also sharply criticized Seehofer, saying exclusion would be "catastrophic" for integration efforts and only benefit the anti-immigration, anti-Islam AfD. The AfD for its part welcomed the remarks, with party member Andre Poggenburg claiming that Seehofer had "quoted word-for-word from our platform".

Seehofer is taking the reins of an expanded ministry of interior and homeland affairs, now officially called the Interior, Construction and Heimat Ministry. The German word Heimat - which roughly translates to home, heritage or homeland - is often used to describe a sense of familiarity or belonging.

But it’s also a rather loaded political term in Germany, as seen in the controversial decision to create the Heimat Ministry within the Interior Ministry. It also brings up connotations with the Nazi era. During his interview with Bild daily, Seehofer rejected criticism that the new German cabinet doesn’t include people with an immigrant background or people of colour. 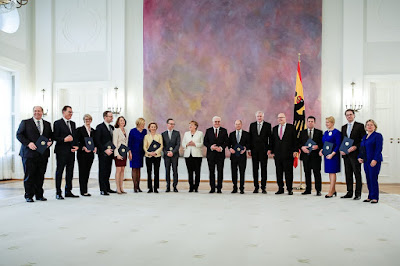