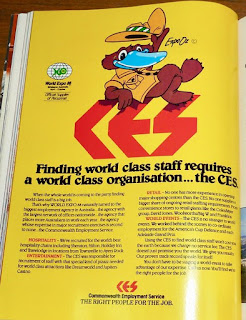 
Conservatives Shut Down CES & Socialists Did Nothing

Many years back we had the Commonwealth Employment Services known as CES bearing the responsibilities of matching the available jobs with the people looking for job. I still remember that as soon as I landed in Sydney as a brand new legal immigrant in 1980s the first thing I did, like any other migrant back then did, was visit the Department of Social Security (DSS) to claim a dole and then to the CES to register for a job.

I got all my jobs through CES. The very first job was Service Mechanic, the second was Production Supervisor, and the third was Production Manager. The CES and DSS did not put any pressure on long-term unemployed and jobless people could live on dole for years if they wanted. Dole-bludgers, such people are called here in the Land Down Under.

Then in mid 1990s the Howard-led Conservative Government came to power and the bastards suddenly turned our workers’ heaven upside down by first shutting down the CES and seriously harassing the Dole Bludgers. They were then talking about labour market reforms and all that bullshit the Neocons always muttering about. But the real reason for killing CES was to weaken the very powerful Public Services Union (PSU) and thus to destroy the Socialists’ power base.

CES employed more than 100,000 people and it was the backbone of PSU and by brutally destroying CES, I believe, conservatives had considerably weakened the Socialists’ voter base and thus prolonged the Howard Government to nearly 11 years (three terms).

After killing CES the Conservatives turned their guns to the hated Dole Bludgers. In place of CES the Conservative Government promoted and handsomely paid many non-profit social services controlled by various Christian churches to run employment services mainly for the unemployed people on dole, the hated dole bludgers.

The conservatives called their weapon against the Dole Bludgers the Mutual Obligation Agreement (MOA). If one is on dole one must look for job otherwise one’s dole (the fortnightly unemployment benefit paid in cash) will be stopped, quite simple.

Since then the Australians on dole are to go to one of many church-ran employment agencies and accept any fucking shitty job offered to them. Almost all the jobs through these non-profit agencies are basically part-time-casual jobs on what they called Government’s Wage Subsidies.

Government would give A$10,000 to any shitty business that employed a dole-bludger minimum 6 months and the employment agency would receive A$6,000 if the dole-bludger has lasted at least 6 months on that shitty job the government has subsidised. The shitty small business would employ such a dole-bludger on bare minimum wage and no benefits and perks. They called it the Absolute Part Time Casual. 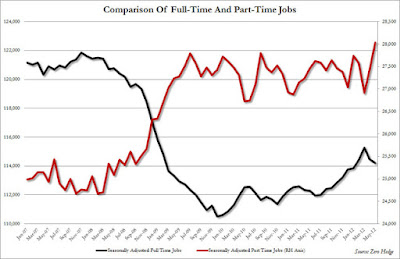 Some Workers Are In Heaven While Some Are In Hell

Australia has working aged (25-64) population of more than 13 million of which nearly 11 millions are employed. But only 62% are occupying full-time permanent jobs while the rest 38% are on part-time casual jobs. I could say more than a third of Australian workers are in labour-hell while nearly two-third is in labour-heaven.

Only one good thing is the government knows the dire situation of nearly 5 million Australian workers currently in the labour-hell and supports them by providing an income support. Anyone on one of those shitty government-subsidised jobs is allowed to be still on the dole and every fortnight some part of dole payment is put into his or her bank account provided he or she reports the wage earned for that fortnight to the government.

It seems the government is trying to maintain the regular income for everyone at about A$1,000 a fortnight by providing income supplement even if one has to work for a minimum-waged part-time job. That is much better than the dole at about A$600 a fortnight.

Wage-subsidies to shitty small businesses employing jobless people, commissions for church-based non-profit employment agencies, and minimal income supplements to workers on subsidised shitty jobs: all are parts and parcels of the government-controlled social engineering act to keep the masses happy and content with whatever little they have. Throw in the Pokies and everyone here thinks Australia the land down-under is the heaven on earth.

Kate Zizys, 46, has been underemployed her entire working life in Australia. Earning less than $20,000 a year from casual work, she is one of 1.1 million Australians who want more hours of work than they are getting. 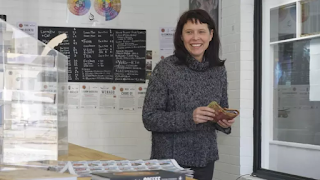 "I'm tertiary educated and have been in a casualised system my entire working life," Ms Zizys said. Since April last year Kate Zizys says she has applied for 200 jobs and is still looking for full-time work. "I have had long periods of underemployment that border on unemployment. There's not enough money or security in casual jobs."

During the seven years she worked at a university in Victoria, Ms Zizys was unable to get a permanent job. She ran a print-making studio in a fine arts school and tutored Indigenous students. "I got breast cancer in 2013 and that was it for me," Ms Zizys said. "You have no job and no leave entitlements. After my treatment I managed to land a job in New Zealand for two years. That was the only full-time job I've had."

Since returning to Australia in April last year, Ms Zizys says she has applied for 200 jobs and is still looking for full-time work. She now lives in the Latrobe Valley in Victoria where housing is more affordable.

Workplace researcher Professor John Buchanan from the University of Sydney business school said the number of people who are underemployed had increased from about 176,000 in the late 1970s to 1.1 million, according to ABS figures released last week.

While unemployment reflects cyclical booms and busts in the economy, Professor Buchanan said underemployment was more structural in that employers were creating more jobs with part-time hours.

"Underemployment has been slowly ratcheting up," he said. "It is not just cyclical, it is structural, which means employers are building jobs which are dependent on part-time work and often people can't get enough hours. "It is not just a sign of a weak economy, it is a structural problem in the quality of the job offers."

The Australian Unemployed Workers Union has highlighted the plight of Ms Zizys as part of a new campaign it is launching this week to show the growing size of the underemployment problem.

The AUWU's president Owen Bennett said a focus on the unemployment rate had distorted a bigger picture of the labour market. He said the plight of underemployed Australians was at risk of being "swept under the carpet".

"The government has to stop covering up our employment crisis and start fixing this before it gets any worse," Mr Bennett said. "Matched against the government data on job vacancies, there are 17 job seekers competing for every job vacancy compared to a ratio of 4 to 1 using current ABS data on unemployment."

Employment Minister Michaelia Cash said the federal government is implementing a range of policies to deliver economic growth and job creation "which will result in more employment opportunities for all Australians".

"Australia is experiencing a significant economic transition which is resulting in job creation in industries which involve higher levels of part-time and casual work," she said. "Despite this transition, Australia's economic growth is currently higher than any of the G7 economies which points to positive future employment outcomes."

The federal government acknowledges the level of underemployment has been trending upwards over the last decade. It partly attributes this to the movement away from mining and manufacturing, towards service industries. The growth in part-time jobs also reflects the increase in female participation in the workforce since the 1980s. There has also been an increase in the number of young people in full-time education combined with part-time work.