Driven To Despair: The Return Of American Socialism

(Daniel Mallock’s article from The NEW ENGLISH REVIEW in December 2018.) 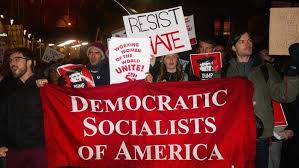 American politics has rarely been more divisive and confrontational than it is today. Our political system is widely understood and characterized as a controlled, ongoing conflict, now quite heated and intense, between "Right" and "Left." These terms have come to characterize the American political landscape despite their being outmoded and vague.

These core terms "right" and "left" originated during the French Revolution—that unfortunate nightmare of upheaval that eventually swept across Europe in the late 18th century. At the National Convention in revolutionary France prior to the regicide of Louis XVI and his wife, Marie Antoinette, the supporters of the king and of a more moderate constitutional monarchical republic sat on the right of the hall; the revolutionist Montagnards, later the Jacobins, sat on the left.

After the execution of the king (January, 1793), the revolutionists sitting on the left benches in the Convention called for, and implemented, an extraordinarily swift and radical fundamental overhaul of the existing political system; the ancient régime was wiped away and the liberté/égalité/ fraternité utopian fantasies of the Jacobins forcibly put in place with subsequent catastrophic results. The benches on the right sat empty.


The "right," over time, came to be understood as those who support a less rapid form of change, and those on the "left" a more vigorous and swift form. In the American political scene of the present day, these terms have shifting meanings and not all agree as to which are correct and which are not. The difficulty in clearly understanding and applying these terms in reportage, analysis, conversation and debate, and the general confusion that they now cause, suggests the need for a re-assessment of their applicability and value.

Terms such as "nationalism," "sovereignty," "government," "citizen," "socialism," and even "communism" are underlying elements of a philosophical conflict now underway in the United States. "Right" no longer means simply a desire for orderly change, or even a strong association with the state or nation itself; "Left" no longer simply means a desire for rapid change and eradication/replacement of sometimes ponderous processes and systems in order to facilitate egalitarianism or "social justice."

There is a false dichotomy inherent in these terms that suggests one party to the conflict has no true interest in people, and that humanitarianism, consideration, justice, and compassion are concepts reserved entirely for one side only. American politics is so convulsive, confrontational, and difficult in large part because the language we use to discuss such important matters is faulty.

The Right/Left divide is not what it seems. American politics is now about philosophy and not at all about policy. Politics has become philosophy “by other means” (to shamelessly paraphrase von Clausewitz).

There is no "right wing" in American politics; there is no "alt-right" in American politics. These elements—racist, intolerant, white supremacist, and extremely fringe represent a less than miniscule portion of what formerly was understood to be the American "right." Since these elements are not representative of the mainstream of what was once called the American right, the term "right" is not accurate. The more accurate term to describe the majority of those who oppose those of the Left is this: Centrist Constitutionalists. 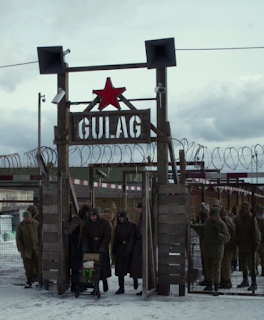 Discredited and dangerous ideas from history are now revived and rehashed mainly due to the fact that so many of us have not learned from history; even more disturbing is that others know the history but prefer to ignore the lessons. In the United States and parts of Europe we’re all in a grotesquely recycled time.

According to a recent poll “Of the Democrats who responded to the questionnaire, 57 percent view socialism positively while 47 percent view capitalism positively.” Younger Americans are more likely to support utopian solutions than their elders: “Socialism was most popular with the 18-29 age group, with 51 percent saying they held a positive view, while only 28 percent of the 65+ crowd support the concept.” Other polls show similar results.

There is a philosophical conflict in our country—those who support the Constitution and national sovereignty versus globalist, utopian, socialist-communists. While this might appear stark the ugly truth is clear to all who will sift through the muckery of confusion, conflict, rigidity, and falsehoods heaped upon the heads of the people by the media, entertainers, academics, and dangerously confused socialist-communist politicians.

We're in a new, great conflict between pragmatism and utopianism, between a proven system of freedom (difficult and inconvenient and ponderous and challenging as it sometimes is) and a utopian fantasy of wealth redistribution, government-as-solution-provider, the eradication of poverty, war, and international conflict based on fraudulent, disproven political/economic theories, and an abiding utopian idealized faith in the perfectibility of humanity.

Historian Robert Conquest, in his book "Reflections on a Ravaged Century," delivered as succinct a definition as one is likely to find. "To envisage a unanimous social order is to envisage the absence of individuality. Utopia amounts to the inflation of the 'community' into an entity in its own right, rather than a coherence of individual social human beings."

The utopian view is that through perfected systems and structures and institutions that surpass any limitations of the failed (in their view) nation-state concept, the perfectible humans will thrive and the greatest local, national, and global problems resolved. Such a viewpoint is founded upon often unspoken and unchallenged assumptions that are false, and a denial of history that shows again and again and again that such thinking is impractical, fantastical, fraudulent, and dangerous.

Systems and structures and organizations are not perfectible, humans also cannot be perfected. It is this knowledge of the imperfectability of humanity and its inventions that prompted eminent pragmatist John Adams to assert that “Our Constitution was made only for a moral and religious People. It is wholly inadequate to the government of any other.”

Only with a functional and just morality can an open society function and a nation of immigrants be unified under one national identity. In the absence of human perfectibility, laws and morality are the essential elements of a just, functional society. Not all laws, and certainly not all moralities are just, and sometimes a just morality and laws can fail; in the United States we’ve been lucky—so far.

We can dedicate ourselves to upholding our foundational laws, improving the institutions that support them, both some two hundred years old that provide the hope of the world by ensuring the ongoing safety of individual freedoms and economic opportunity. This structure of freedom is built upon a foundation of independence, justice, national identity, and self-government.

All of this is now "on the table" as the new Jacobins take their places in the national debates about the nature of the country and its future. Ours is not a utopian system; it is pragmatic. This is not to say that it is easy, it often isn't. That it works is clear—why else would foreign nationals in their tens of thousands (and millions) try to make their way here legally and illegally to live in such a country?

In September, 2018, the widely known actor Jim Carrey said that "We have to say yes to socialism—to the word and everything.” The youngest ever new member of Congress, a Democrat from New York City, Alexandria Ocasio-Cortez, a proud, vocal socialist, was endorsed by former president Obama. Former Democrat presidential candidate Sanders of Vermont is widely known for his socialist views.

Democrat Mayor of New York City, Bill de Blasio said on November 19, 2018: "I think there’s a socialistic impulse, which I hear every day, in every kind of community that they would like things to be planned in accordance to their needs.” He added that, if he had his "druthers, the city government would determine every single plot of land, how development would proceed," he said. "And there would be very stringent requirements around income levels and rents."

The socialist "impulse" embraced and cited by Mayor de Blasio is a growing theme on the American political left. It is a direct challenge to long-held concepts about the United States and a rejection of the historical truth about the failure of socialism itself. It is a public denialism of the past and a false packaging of a disproven utopian totalitarianism that is fundamentally opposed to the value of the individual and of individual rights under the constitution.

Socialism is a political theory/system that does not work. There are numerous examples to cite—Venezuela being the most obvious. Disturbingly, socialism and socialist concepts are fueling the American left—now most accurately described as “socialist-communist.” 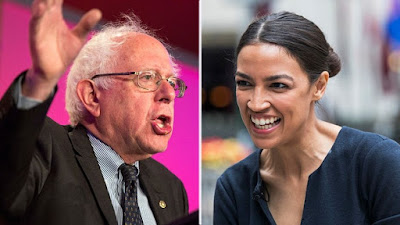 (Please continue reading at this link at The NEW ENGLISH REVIEW)
Posted by Hla Oo at 7:20 AM