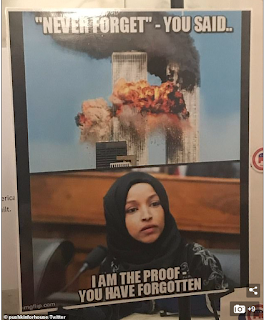 The Minnesota Campaign Finance and Public Disclosure Board has ordered U.S. Rep. Ilhan Omar to personally reimburse her own campaign account $3,469.23 and to pay a civil penalty of $500 for violating state campaign finance rules dating to her time as a member of the state House.

The amount that the Minnesota Democrat must repay represents what the board determined is the total amount of campaign funds that Omar used in 2016 and 2017 for purposes not permitted by state law.

That includes a payment of $1,500 to a law firm that, her lawyer testified, was related to some corrections made to her personal tax returns that were discovered as part of an inquiry into her financial records by a “crisis committee.”

That committee was set up to respond to never-proven allegations that Omar had married her own brother as part of an “immigration scheme,” in the words of the board’s report on the matter.

The balance of the reimbursement is for a handful of travel expenses: to a political rally for a Boston City Council candidate; a leadership conference for girls in Washington, D.C.; a young elected officials’ conference in New York; a human rights luncheon in Chicago; and to a fundraiser for the African Network of Southwest Florida.


In each case Omar covered the costs with campaign funds, but the board determined they were not related directly to her duties as a state legislator. State law requires that to use campaign expenses for such purposes, lawmakers must prove that they help in the performance of their official duties.

The initial complaints were filed by state Rep. Steve Drazkowski, R-Mazeppa. While the board found that some legal costs incurred by Omar were not justifiable as campaign expenses, the investigation also did not find evidence that any of the legal expenses were incurred for her 2017 divorce, as Drazkowksi alleged in his complaint.

Omar said in a prepared statement that she would comply with the findings. “I’m glad this process is complete and that the Campaign Finance Board has come to a resolution on this matter,” Omar said. “We have been collaborative in this process and are glad the report showed that none of the money was used for personal use, as was initially alleged.”

Omar’s statement also said she plans to close the “Neighbors for Ilhan” account that was created for her statehouse race and would distribute remaining funds to organizations that help train first-time candidates to run for office.

In a statement, Drazkowski emphasized that the board upheld his allegation that Omar broke state campaign laws and that the results of the investigation provide “no reassurance to Minnesotans.” 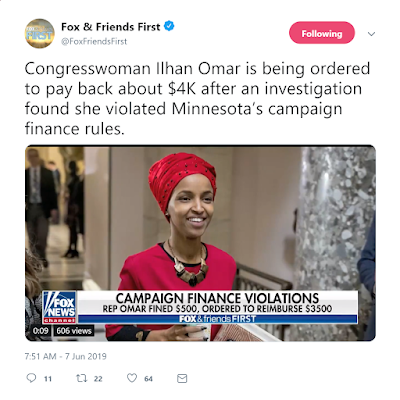