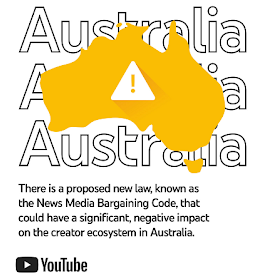 Frydenberg said the mandatory code of conduct, which will be legislated into law this year, is needed to ensure the viability of Australian media companies. "It's about a fair go for Australian news media businesses. It's about ensuring that we have increased competition, increased consumer protection, and a sustainable media landscape," Frydenberg told reporters in Melbourne.

Under Australia's proposal, the U.S. social media and search giants would be required to negotiate with Australian media companies to use their content. Australia will become the first country to require Facebook and Google to pay for news content. Both companies have spent years fending off demands for payment from news publishers worldwide.

Neither Google or Facebook immediately responded to requests for comment. If an agreement cannot reached, the matter will be sent to a statutory authority for arbitration. If a deal still cannot be reached within 45 days, the government body will make a final determination.

With local newspapers ailing, the Australian government has hit on a seemingly simple solution: force Google and Facebook to subsidize them. It’s the latest example of an increasingly global tactic. And it’s hopelessly misguided.

Last month, the Australian Competition and Consumer Commission released a “mandatory code of conduct” that (if the legislature approves) will establish a bargaining process between digital platforms and local news organizations.

The stated goal is to determine how much the latter should be compensated for the snippets of news that the platforms display to their users, on the premise that an imbalance of competition has led to the publishers’ decline. If the two sides fail to agree, an arbitration panel will decide how much the platforms have to cough up.

As a start, this approach misdiagnoses the problem. Journalism’s business model wasn’t broken by digital platforms. The internet unbundled many of the services — classified advertising, job postings, movie listings and so on — that newspapers once provided, while eroding the local or regional monopolies that made them so profitable.

It offered consumers a wealth of free news and opinion and gave advertisers options and audiences that traditional publishers haven’t been able to match. It’s true that Facebook and Google have capitalized on these trends, but they hardly caused them.

Moreover, for the platforms, news is an insignificant source of revenue. Only about 4% of Facebook’s News Feed is actually “news,” as opposed to posts from family and friends, while Google doesn’t even bother to monetize Google News; it reckons that only about 1% of searches in Australia have anything to do with current events.

By contrast, publishers everywhere are hugely dependent on platforms to drive traffic to their sites. If anyone should be paying up in this relationship, it isn’t Google and Facebook. Nor has either platform acted abusively. If a publisher doesn’t like how Google displays snippets of its content, for instance, it’s free to adjust those settings or to opt out entirely. 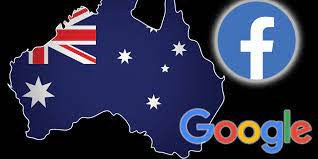 Neither aggregator impedes consumers from visiting news sites directly if they so choose. And both have voluntarily committed hundreds of millions of dollars to newsrooms around the world in recent years. Whether they’ve done so out of civic duty (as they say) or to deflect critics (as seems likely) hardly matters.

But the best reason to oppose Australia’s approach is that it’s a proven failure. By inducing platforms to do away with news snippets and previews altogether, it will in all likelihood reduce publishers’ traffic, depress ad revenue, erode competition, impede innovation and needlessly deprive consumers of a valuable service.

Just ask Spain and Germany, where similar rules led to steep declines in local news traffic and caused outsized harm to smaller publishers. Or ask France, where regulators recently took the extraordinary step of requiring Google to provide and pay for news snippets whether it wanted to or not — a policy so heavy-handed and obtuse that it stands out even by European standards.

Good journalism is, of course, essential to democracy. If Australia’s government, or any other, wishes to subsidize newspapers for the public good, that’s worth debating. But demanding that two overseas companies do so on a false pretext hardly makes for sound policy making and won’t fix any underlying problems. Combined with the threats implicit in such rulemaking — Australia has mused about confiscating 10% of a wayward platform’s annual turnover — this approach is more akin to racketeering.

Life hasn’t been easy for news organizations for some time, and it’s unlikely to get much easier. It’s heartening that policy makers now want to help them find workable solutions. Their first responsibility, though, is to avoid making things worse. 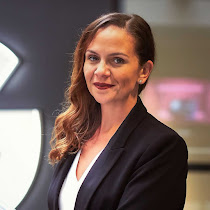 We need to let you know about new Government regulation that will hurt how Australians use Google Search and YouTube. A proposed law, the News Media Bargaining Code, would force us to provide you with a dramatically worse Google Search and YouTube, could lead to your data being handed over to big news businesses, and would put the free services you use at risk in Australia.

You’ve always relied on Google Search and YouTube to show you what’s most relevant and helpful to you. We could no longer guarantee that under this law. The law would force us to give an unfair advantage to one group of businesses - news media businesses - over everyone else who has a website, YouTube channel or small business.

News media businesses alone would be given information that would help them artificially inflate their ranking over everyone else, even when someone else provides a better result. We’ve always treated all website owners fairly when it comes to information we share about ranking. The proposed changes are not fair and they mean that Google Search results and YouTube will be worse for you.

Your Search data may be at risk

You trust us with your data and our job is to keep it safe. Under this law, Google has to tell news media businesses “how they can gain access” to data about your use of our products. There’s no way of knowing if any data handed over would be protected, or how it might be used by news media businesses.

Hurting the free services you use

We deeply believe in the importance of news to society. We partner closely with Australian news media businesses — we already pay them millions of dollars and send them billions of free clicks every year. We’ve offered to pay more to license content. But rather than encouraging these types of partnerships, the law is set up to give big media companies special treatment and to encourage them to make enormous and unreasonable demands that would put our free services at risk.

This law wouldn’t just impact the way Google and YouTube work with news media businesses — it would impact all of our Australian users, so we wanted to let you know. We’re going to do everything we possibly can to get this proposal changed so we can protect how Search and YouTube work for you in Australia and continue to build constructive partnerships with news media businesses — not choose one over the other.

You’ll hear more from us in the coming days — stay tuned.