When to admit a coup has failed: It had seemed so easy: Close off the access roads into Myanmar's capital Nay Pyi Taw, surround the buildings housing members of parliament and government, as well all chief ministers of the states of the Union, and presto! Your coup d'état delivers itself. That is what the Tatmadaw, as Myanmar's military is called, must have thought.

On Jan 31, the politicians the coup makers wanted to arrest had all assembled in Nay Pyi Taw for the next day's installation of newly elected members of parliament. On Feb 1, shortly after their early morning coup, the Tatmadaw's leaders probably slapped each other on the back and congratulated themselves. Mission accomplished.

How wrong they were. As we know now, the Tatmadaw's violent act did not only contravene the constitution they themselves had put in place, it also showed how out of touch with reality the Tatmadaw leadership was. Over a short period of about 10 years the country had started to transform, and a new socio-political reality had emerged. A return to the dark days of military regimes was unimaginable. The Tatmadaw had miscalculated their move.

Myanmar's people took to the streets with peaceful demonstrations and resistance actions that have been on our TV screens for close to 12 weeks now. First in the major cities, and then spreading to the far corners of the country. Citizen journalism reached new heights as ordinary people took risks, determined as they were to show each other and the world what was happening.

The Tatmadaw's second miscalculation was that the more than 20 Ethnic Armed Organisations that mostly operate along Myanmar's borders, would support the coup. This did not happen. Some wavered for a while, but given the huge popular resistance to the junta, most have now openly rejected the new regime.

Due to these two miscalculations, the regime's State Administration Council (SAC) does not have effective control of Myanmar. It does control its own military structures and operations which it uses with mind-boggling callousness against peaceful demonstrators and against anyone who expresses opposition to the illegitimate regime. At the same time, however, it has failed to gain control over many critical civilian structures and institutions. Without these, it cannot run the country.

The Tatmadaw's coup has failed. Civil protests against military rule are nationwide. In order to reduce risks in the face of relentless onslaught, they have quickly become more diverse and sophisticated. While protests continued, the Committee Representing Pyidaungsu Hluttaw (CRPH) composed of duly elected parliamentarians, the Civil Disobedience Movement (CDM), general strike committees, ethnic armed organisations and others have become the face of national resistance. 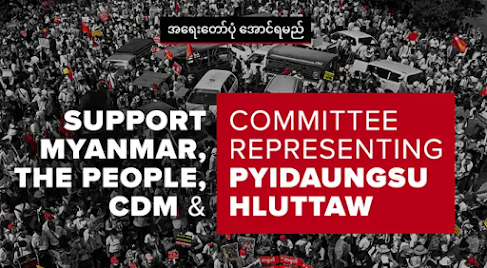 They have brought focus and cooperation across the opposition movement. Despite horrific and indiscriminate violence by the security forces, they have persevered. Due to their efforts the normal operations of many public institutions have stopped. Public service delivery in critical sectors like health, transportation and education has halted. Local administrations in villages, wards and districts are increasingly bypassing the SAC regime, taking matters into their own hands. International trade has halted, many factories have closed, and the banking sector is seriously affected. The economy is on its knees.

As violence escalated, the CRPH, in consultation with many stakeholders, did what one would expect a serious government to do. It drafted a charter, set out a roadmap and abandoned the 2008 constitution. This led to the appointment of the National Unity Government (NUG) on April 16. Preparations for a National Unity Consultative Council (NUCC) are underway. 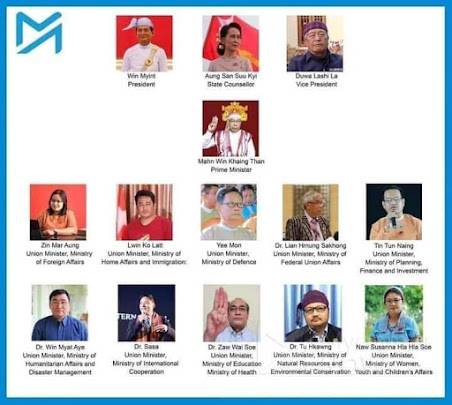 It is clear that the SAC regime cannot govern effectively, even though it still controls the important communications sector which it has used to stifle freedom of expression and information sharing about what is happening around the country. Its large-scale internet blackout has also disrupted vital communications for business, farming and other operations.

Moreover, it is a mistake to believe that the Tatmadaw has a monopoly on the use of violence. It never had and it does not have it now. With its coup and subsequent actions it has actually rallied most ethnic armed organisations against it. Violent clashes have increased substantially since Feb 1.

The international community should realise that dealing with the SAC implies dealing with the leaders of a failed coup. Not only do they lack legitimacy, they also lack effective control of the country. Asean has called a special leaders summit on the situation in Myanmar to take place in Jakarta this Saturday. If the summit goes ahead as planned, and if Asean wants to play a constructive role, it should realise that it will make matters worse if it limits its interactions to Senior General Min Aung Hlaing, the leader of the failed coup.

Myanmar's socio-political landscape has changed dramatically. If Asean does not recognise this, it will not only set its summit up for failure, it will also have to share responsibility for the regional effects of the coup's aftermath, such as refugee flows, substantial and long-term reduction of trade and investment and increased regional instability, including cross-border crime.

Above all, Asean will damage its own reputation and thus its ability to respond to other regional crises. It should rise to the occasion and underpin its Myanmar-related efforts by engaging the National Unity Government and other key stakeholders.

To keep the momentum of engagement going, as an immediate step, Asean should consider appointing a special envoy with an urgent mandate to consult widely, including with UN organisations and key countries with a stake in the region.

The envoy would also help determine how the international community through Asean might play a constructive role, considering the widespread popular support for federal democracy and societal change that will lead to a more peaceful, flourishing and multicultural Myanmar. In doing so, Asean should accept that a return to the situation that existed before the coup is no longer an option. 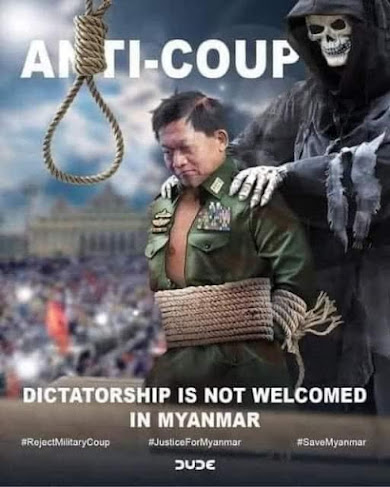 (Laetitia van den Assum is a former Dutch ambassador and member of the former Rakhine Advisory Commission. Kobsak Chutikul is a retired ambassador of Thailand and a former elected member of parliament.)