(Article and Comic Illustrations direct from the ISLAM WATCH on 22 March 2012.) 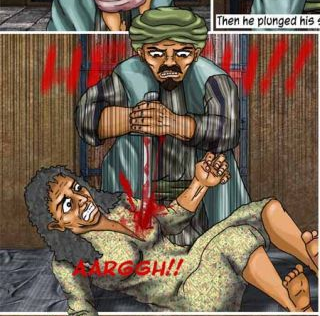 How Prophet Muhammad murdered Asma bte Marwan, a poetess and mother of five, as she slept with her children? (Accompanying comic illustration at the end of this article.)

In March, 624 AD, immediately after his return from the victory at Badr, Muhammad felt strong enough to put a halt to his critics who were displeased that his arrival at Medina, along with his horde of marauding Jihadists had caused fear and serious divisions among the decent people of Medina.

Many Jews were greatly disturbed at the prospect of a militarily strong army of the Muslims and feared that they might be Muhammad’s next victims, because they (the Jews) possessed great wealth.


During those days, the most successful method of hurling epithets and criticisms to opponents was through poems. Therefore, poets in those days were what journalists are today. One such poetess was Asma bint Marwan. She belonged to the B. Aws and did not hide her dislike for Islam.

She was married to Yazid b. Zayd, a man of Banu Khatma and had five sons and a suckling infant. Some authors suggest that her father was a Jew. After the Badr war, she composed some satirical poems. The verses spread from mouth to mouth and finally reached the ears of the Muslims and they were greatly offended. Muhammad could not at all endure satire or vituperation. [1] Therefore, an incensed Muhammad decided that it was time to get rid of her.

In his mosque, at night, Muhammad sought a volunteer to assassinate Asma bt. Marwan. A Muslim named Umayr b. Adiy al-Khatmi, belonging to the same tribe as Asma’s husband (i.e., Banu Khatma) stood up to complete the job.

In the dead of night he crept into her apartment. Her little children then surrounded Asma while she slept. Hugging her bosom was her infant, suckling her breast. Umayr removed the infant from her breast and plunged his sword in her belly with such a force that it passed through her back. This severe blow killed Asma on the spot. It was just five days before the end of the month of the sacred month of fasting, Ramadan when Muslims are not supposed to shed blood. [2] 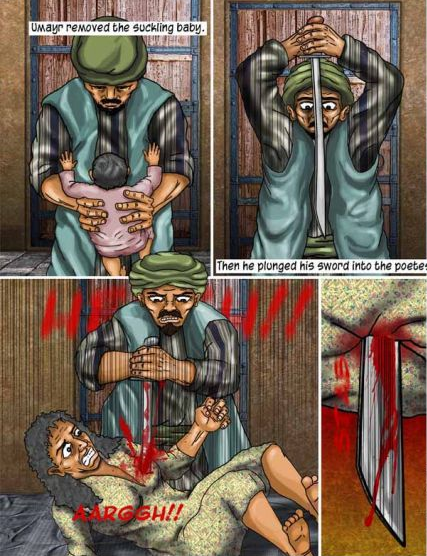 After murdering Asma, next morning, Umayr went to pray in the mosque while Muhammad was there. Muhammad was quite anxious to learn if the mission of Umayr was a success or not. He said to Umayr, 'Have you slain the daughter of Marwan?’ Commenting on this Ibn S’ad [3] writes, "This was the word that was first heard from the Apostle of Allah, may Allah bless him."

When Umayr replied that the job had been carried out with success, Muhammad said, "You have helped God and His apostle, O 'Umayr!'" When Umayr asked if he would have to bear any evil consequences, the apostle said, "Two goats won't butt their heads about her." [4] Muhammad then praised Umayr in front of all gathered for prayer for his act of murder, and Umayr went back to his people. Five days later, the Muslims celebrated the first Eid (the end of fasting)!

When Umayr returned to Upper Medina, he passed the sons of Asma who were burying theirs slain mother. They accused Umayr of murder of their mother. Without hesitation, Umayr admitted the accusation boastfully and threatened to kill the whole family if they dared to repeat the lampoons that their mother had composed deriding the Prophet of mercy.

This threat of terror worked wonderfully. The entire tribe of Asma’s husband (i.e., Banu Khatma) who secretly hated Islam, now openly professed their adherence, just to save their lives. Ibn Ishak writes, "That was the first day that Islam became powerful among B. Khatma. The day after Bint Marwan was killed the men of B. Khatma became Muslims because they saw the brutal power of Islam." [5]


[Above text is taken from "TheRoot of Islamic Terrorism" by Abul Kasem.] 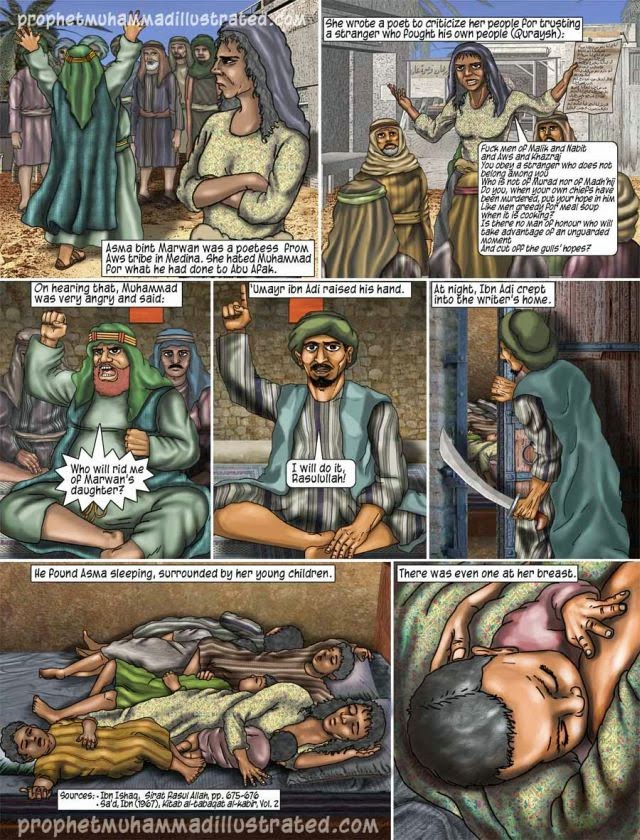 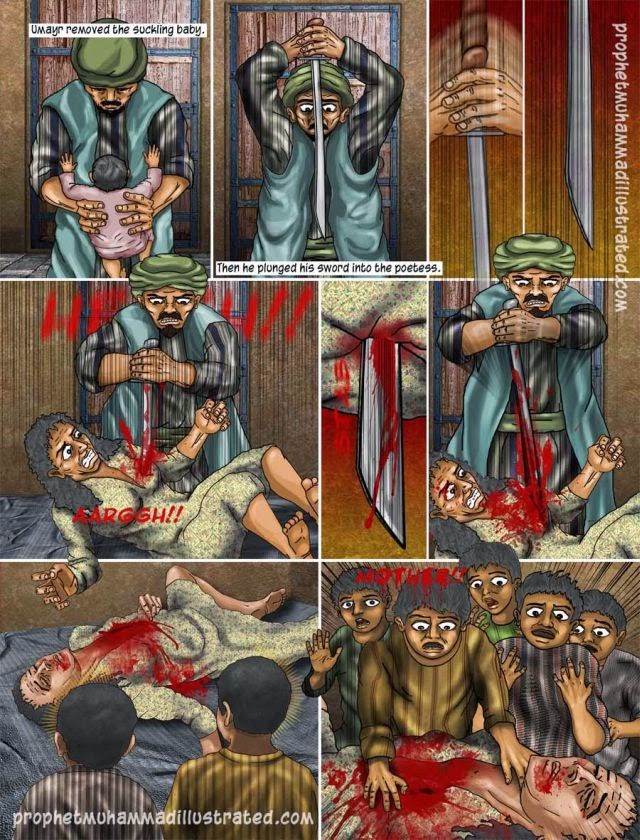 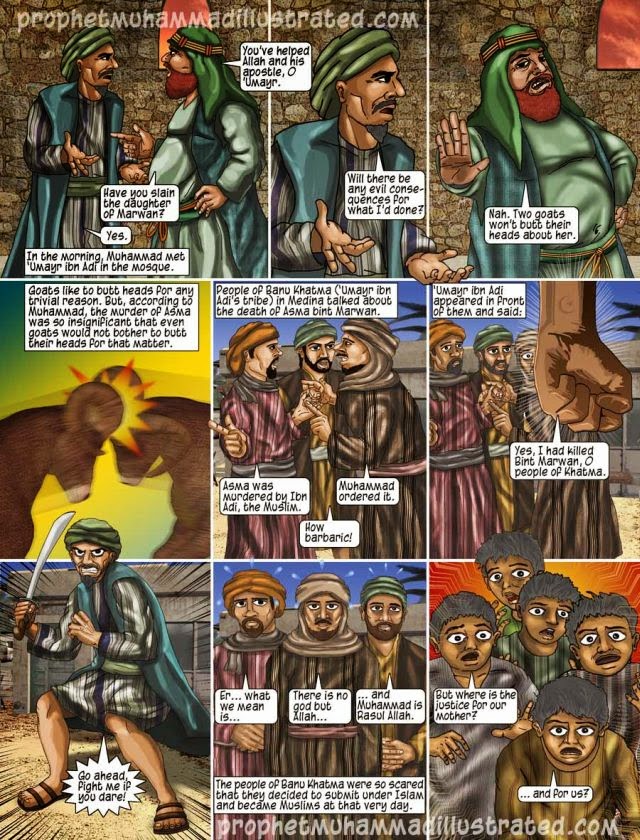