(Based on the news articles directfrom SHIN WIRATHU Blog on 12 July 2014.) 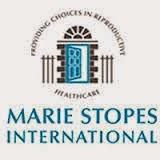 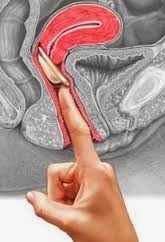 
The MSI staffer was heard whispering to her that she as a Muslim did not need to be inserted with a device. She then discovered the young Muslim-looking woman was actually a Burmese-Buddhist woman and only then she let her see one of Mary Stopes International’s doctors.


That news spread and on second day of June-16 a few local men started asking questions around and trying to take photos and video as records. The Marie Stopes people then realised their cover was blown and immediately packed up their stuff and left the village.


From Home Health Handbook: The diaphragm, a dome-shaped rubber cup with a flexible rim, is inserted into the vagina and positioned over the cervix. A diaphragm prevents sperm from entering the uterus. 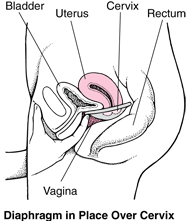 
If intercourse is repeated while the diaphragm is in place, additional spermicidal cream or gel should be inserted into the vagina to continue protection. Diaphragms can be washed and reused. A woman should inspect the diaphragm regularly for tears. During the first year of diaphragm use, the percentage of women who become pregnant is about 6% with perfect use and about 12% with typical use.)

Related posts at following links:
Lauren Ingram: This Is What My Abortion Was Like!
Guardian: Couldn't You Just Go Through With The Pregnancy?
Posted by Hla Oo at 6:26 PM