(Ian Traynor’s article direct from the GUARDIAN UK on 16 November 2015.) 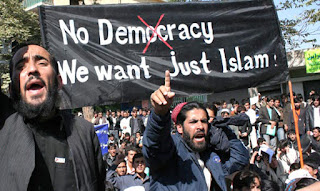 Across the canal from Brussels’ shabby chic centre for designer fashion, cafes, and bohemian bars sits the borough of Molenbeek, just over two square miles housing almost 100,000 people and one of the poorest areas in Belgium cheek-by-jowl with the country’s wealthiest.

The Brussels borough becoming known as Europe's jihadi central, the neighbourhood on the edge of Belgian city where seven people have been arrested in connection with the Paris attacks, has a reputation for its battle-hardened militants. Molenbeek is both down-at-heel, with large Moroccan and Turkish communities, and middle-class immigrants.

Molenbeek is the source of the highest concentration in Europe of jihadi foreign fighters going to fight in Syria and Iraq and returning battle-hardened and determined to take their fight to the capitals of Europe. It came as little surprise to locals therefore that a number of those alleged to be involved in Friday’s Paris attack lived in the area.


It is a borough both down-at-heel, with large communities of Moroccan and Turkish origin, and thoroughly middle-class, with handsome bourgeois villas and green spaces. “Molenbeek has always been a transit community,” said Ahmed El Khannouss, the borough’s deputy mayor.

“I know everyone thinks it’s a base for radicals and terrorists, but a lot of that is stigmatisation.” He pointed to the bustling Sunday morning market as evidence of the district’s multicultural liveliness. “It’s extremely dangerous to link these radicals with the local population.”

Molenbeek, nonetheless, occupies a unique place in European jihadism. Almost invariably when an Islamist atrocity takes place on the continent, attention turns to the district on the north-western fringes of Brussels’ city centre.

From the post 9/11 assassination in Afghanistan of Ahmad Shah Massoud, the anti-Taliban leader and the 2004 Madrid train bombings, to last year’s killings at Brussels’ Jewish museum and this summer’s foiled shooting spree on a high-speed Amsterdam-Paris train, investigators’ lines of inquiry lead to Molenbeek.

“Almost every time there’s a link with Molenbeek,” the Belgian prime minister, Charles Michel, said on Sunday. “We’ve tried prevention. Now we’ll have to get repressive. It’s been a form of laisser faire and laxity. Now we’re paying the bill.”

Seven people were arrested over the weekend in raids that including the deployment of bomb disposal units and army demining teams, according to the Belgian justice ministry. At least one of the cars used in the Paris attacks had Belgian plates, and a parking ticket found in the vehicle proved the driver had been in Molenbeek.

The driver, a French national, was arrested in Molenbeek after returning to Belgium from Paris on Saturday, along with two other people. They were using a different vehicle from that seen at the site of the Bataclan concert hall massacre. Belgian prosecutors said another Belgian vehicle was involved, both of them rented last week.

Belgian investigators were alarmed to learn that the French driver, allegedly based in Molenbeek, had a brother fighting with Islamic State in Syria, according to local media reports.

The two streets where the weekend raids took place are anything but ghettoes or banlieues, home to restless and hostile throngs of Muslim youths. Both are neat and tidy lower middle-class concentrations of owner-occupied houses and decent apartments with their fair share of green spaces and handsome villas.

There are at least 22 mosques in Molenbeek, but Khannouss admits that the hardline Salafist circles and recruiting sergeants for holy war have clandestine prayer sites and meeting points, usually in the front rooms of houses and apartments.

“It’s all about the networks,” he said. His boss, the Molenbeek mayor Françoise Schepmans, said that the seven people arrested seemed to suggest a network based in Brussels connected with the Paris attacks.

As the investigations intensify – French detectives were in Brussels on Sunday – the Molenbeek connections seem to thicken, although several of those said to be involved in various jihadi plots and foreign fighter networks appear to be non-Belgian nationals using the borough as a base.

“I need to examine why this borough remains a problem,” Belguim’s interior minister, Jan Jambon, said. “But one thing’s for sure. We just can’t accept this situation any longer.”

The sense of alarm was made worse by information that at least one of the dead Paris assailants was a Brussels resident. US intelligence officials in Washington, citing information from the French authorities, told the LA Times they suspected the Paris plot was hatched in Brussels.

For the time being, much of the evidence linking Molenbeek to Paris remains sketchy and circumstantial, but the district’s foreign fighters’ syndrome is more substantive and telling. The Belgian authorities have previously claimed that as many as 800 Belgians were fighting as jihadi in the Middle East, a figure viewed by experts as improbably high for a country of 11 million, including more than 600,000 Muslims.

Belgium’s police chief, Catherine De Bolle, told Flemish television on Sunday that 130 foreign fighters had returned to the country from Syria. There were 474 Belgians linked to the war in Syria, 200 of them still there, she said.

According to the International Centre for the Study of Radicalisation, Belgium supplies around 40 foreign fighters for every million inhabitants, a figure twice that of France, four times that of Britain and by far the highest concentration in Europe.

The Flemish researcher and expert on Belgian jihadism, Pieter Van Ostaeyen, said that in October there were about 190 Belgian fighters in Syria, mainly with Isis, including 47 women, and that another 120 had come back from the war.

“This number means that of Belgium’s Muslim population of about 640,000, there is roughly one per 1,260 involved in jihad in Syria and Iraq. At this point, Belgium is, per capita, by far the European nation contributing the most to the foreign element in the Syrian war.” Of the 190 in Syria, 101 were from Brussels, he calculated. Molenbeek would have supplied a significant number of them.

A trial of three men said to be major recruiters of young people for the Syrian conflict opened last week. The biggest jihadism trial to date in Belgium, that of people involved in the Sharia4Belgium organisation, which ended in February, laid bare an effective and sophisticated recruiting programme highly active in Molenbeek.

Van Ostaeyen has highlighted an Isis internet warning to France dating back to February in which the two young jihadis conveying the message are identified as Belgians. “This is a message to France and Belgium, to those who speak French,” they announced in the video. “We will come and cut off your heads. Car bombs from Paris to Brussels are no problem.”


Jambon, a rightwinger from the nationalist NVA Flemish party, pledged at the weekend to clean up Molenbeek and blamed the failures on bureaucracy and the complexities of Belgium’s overlapping decentralised structures. “We don’t have things under control in Molenbeek,” he said.