(News articles direct from The WASHINGTON POST & Others on 15 March 2017.)

A federal judge in (the Socialist State of) Hawaii on Wednesday issued a sweeping freeze of President Trump’s new executive order temporarily barring the issuance of new visas to citizens of six-Muslim majority countries and suspending the admission of new refugees.

In a blistering, 43-page opinion U.S. District Judge Derrick K. Watson pointed to Trump’s own comments and those of close advisors as evidence that his order was meant to discriminate against Muslims and declared there was a “strong likelihood of success” those suing would prove the directive violated the constitution.

Watson declared that “a reasonable, objective observer—enlightened by the specific historical context, contemporaneous public statements, and specific sequence of events leading to its issuance—would conclude that the Executive Order was issued with a purpose to disfavor a particular religion.”


Watson’s decision came in response to a lawsuit filed by the state of Hawaii. Lawyers for the state alleged the new travel ban, much like the old, violated the establishment clause of the First Amendment because it was essentially a Muslim ban, hurt the ability of state businesses and universities to recruit top talent and damaged the state’s robust tourism industry.

They pointed particularly to the case of Ismail Elshikh, the imam of the Muslim Association of Hawaii, whose mother-in-law’s application for an immigrant visa was still being processed. Under the new executive order, lawyers for Hawaii said, Elshikh feared that his mother-in-law, a Syrian national, would ultimately be banned from entering the United States.

The six nations affected by President Trump's executive action on immigration are not actually countries where terrorists who have carried out fatal attacks the United States came from. (Daron Taylor/The Washington Post)

“Dr. Elshikh certainly has standing in this case. He, along with all of the Muslim residents in Hawaii face higher hurdles to see family because of religious faith,” lawyer Colleen Roh Sinzdak said at a hearing Wednesday. “It is not merely a harm to the Muslim residents of the state of Hawaii, but also is a harm to the United State as a whole and is against the First Amendment itself.”

The state of Hawaii is challenging President Donald Trump’s new travel ban. In addition to the state of Hawaii, the plaintiff in this case is Ismail Elshikh. The plaintiffs’ lawyers are arguing that Trump’s executive order suspending immigration from six Muslim-majority countries violates the Immigration and Nationality Act, the Religious Freedom Restoration Act, and the Administrative Procedure Act.

Here’s what you need to know about Ismail Elshikh, plaintiff in Hawaii’s lawsuit against President Donald Trump’s travel ban.

1. He is the Imam of the Muslim Association of Hawaii

Ismail Elshikh is the Imam of the Muslim Association of Hawaii. This organization is located in Manoa, Honolulu, and it consists of approximately 4,000 Muslims from the state, according to the group’s website.

In early February, the Muslim Association of Hawaii and several other groups, including the American Civil Liberties Union of Hawaii, held a press conference on the steps of the Honolulu Federal Building speaking about the rights of immigrants and refugees in light of President Donald Trump’s recent travel ban.

“The reason immigrants have sought refuge and a home in the United States, and what binds us together in our own diversity, is our shared commitment to treat each other equally under the law regardless of creed, color, background, or birthplace,” an ACLU press release said.

2. He is of Egyptian Descent (& A Supporter of Muslim Brotherhood)

According to his personal website, Ismail Elshikh is 39 years old, and he is of Egyptian descent. Elshihk studied Islamic Dawah at Al-Azhar University in Cairo, Egypt. From 1987 through 1997, he taught the Quran at the Muslim Family Association in Cairo, and he was also an imam at the Almuntasir Mosque in Cairo.

Elshihk’s primary language is Arabic, and his secondary language is English. In addition to being an imam at the Muslim Association of Hawaii, he is also a visiting professor of Islamic studies at the Islamic University of Minnesota.

3. He Lives in Honolulu With His Wife and Kids & Is a Legal Permanent Resident

Elshikh currently resides in Honolulu, Hawaii with his wife and kids, according to his website. He holds a green card, which means he is a legal permanent resident of the United States. Egypt is not one of the countries that is covered by either of President Donald Trump’s travel bans, but if it were, Elshikh would be exempt because he is a legal permanent U.S. resident.

When the original travel ban was signed at the end of January, there was initially some confusion about whether it applied to green card holders, but the new ban makes very clear that it does not.

4. His Mother-in-Law is From Syria & Is Affected by the Travel Ban

According to the Star Advertiser, although Elshikh himself is not directly affected by the travel ban, his mother-in-law is.

Elshikh’s mother-in-law is Syrian, and Syria is one of the countries included on both of the president’s travel bans. Elshikh says that his mother-in-law was in the middle of her visa application process and that this executive order will mean she will not be able to visit her family in Hawaii.

5. He Joined the Case in February

Ismail Elshikh was added as a plaintiff to the Trump travel ban case after the lawsuit had already been filed.

On February 14th, Elshikh became a plaintiff in the lawsuit; the suit was on hold at the time but the hold was temporarily lifted so that Elshikh could join the case. At the same time, a new count was added, with Hawaii saying that the travel ban violated the Religious Freedom Restoration Act, according to Hawaii News Now.

After President Donald Trump signed his revised travel ban this week, Hawaii sought to amend and resume its lawsuit, and on March 8th, a U.S. district judge granted that request. The Department of Justice now has until March 13th to respond.

Radical Ties Of The Imama Behind Trump Muslim Ban Lawfare

The plaintiff listed in Hawaii’s lawsuit against President Trump’s executive order on immigration is a member of an organization that has several current and former leaders tied to terrorist activity.

Dr. Ismail Elshikh — the imam of the Muslim Association of Hawaii — is suing Trump in reaction to the second version of his immigration moratorium, which was signed on Monday. The order imposed a 90-day hold on foreign nationals from six terror-tied countries from entering the United States.

According to the Muslim Association of Hawaii website, Imam Elshikh is a member of the North American Imam Federation (NAIF), a fringe Islamic organization that has a board and current leadership stacked with radical Islamic connections.

Kyle Shideler, a terrorism expert and director of the Threat Information Office at the Center for Security Policy, tells CR that it’s concerning that Imam Elshikh is a part of NAIF. “Given NAIF's history it should come as no surprise that the end goal of this lawsuit is, ultimately, weakening American counter-terrorism or immigration security efforts,” Shideler said.

He added: "That a member of an organization whose leaders have included a convicted war criminal, an individual who defended donating money to a Hamas linked charity, and an unindicted co-conspirator in a terrorism bombing wants to tell the American people who they can admit for immigration should say a lot about why such an executive order is needed in the first place."

Steven Emerson, the executive director of the Investigative Project on Terrorism, also voiced his concerns about Elshikh's associations. He tells CR:

"NAIF is an extremely radical Islamist group whose leaders and members have defended some of the most violent terrorist groups in the world. Some members have been found to be actually linked to acts of Islamist terrorism. This is a group, some prosecutors have argued, whose incitement for violence could qualify their categorization as a providing material support for terrorism."

Current NAIF board members include the former leader of an al-Qaeda-connected mosque and a radical preacher. Former leaders include a man convicted of leading an international death squad, and a prominent Islamist preacher who has praised Osama bin Laden.

Omar Shahin, a current board member of NAIF, is the former president of the Islamic Center of Tucson, a mosque that was once utilized as the “de-facto al-Qaeda headquarters in the United States,” according to the Investigative Project on Terrorism.

El Shikh received his PhD from the Graduate Theological Foundation Islamic Studies Department, which is headed by Shahin. The program was created in collaboration with the Islamic Society of North America (ISNA), an organization that was started as a Muslim Brotherhood front group.

Dr. Waleed Meneese, another NAIF board member, has explicitly called for fellow Muslims to kill Jews. "When the Children of Israel returned to cause corruption in the time of our Prophet Muhammad," Meneese said in a recent sermon.

"And they disbelieved him, God destroyed him at his hand. In any case, God Almighty has promised them destruction whenever they cause corruption,” he said of the Jewish people. Meneese has also called for the killing of apostates from Islam, and for the treating of non-Muslims as second-class citizens.

Ashrafuzzaman Khan is the former president of NAIF and a current leader at the Muslim Brotherhood-connected Islamic Circle of North America (ICNA). In 2013, he was tried in a Bangladesh court as he was accused of drafting a kill list of intellectuals inside the country. 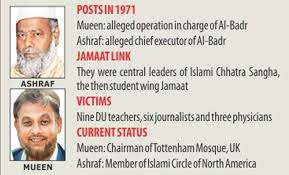 Ashraf Khan was charged with 11 counts of war crimes as the alleged leader of the Al-Badr death squad. In 2013, he and an accomplice were sentenced to death in absentia for the abduction and murder of 18 people, including nine university professors, six journalists, and three physicians.

Egyptian cleric Wagdi Ghoneim was the chairman of NAIF at the turn of the century. In 2005, he agreed to deportation to Qatar after U.S. authorities were concerned about his potential connections to terrorist organizations. Ghoneim has called Osama bin Laden a “martyred heroic mujahid” and is now closely tied to the Egyptian Muslim Brotherhood. He has been banned from entering several countries due to his radicalism.

Another former NAIF board member is Siraj Wahhaj, who was infamously listed as an unindicted co-conspirator in the 1993 World Trade Center bombings. Wahhaj testified in defense of the Blind Sheikh, Omar Abdel-Rahman, who served a life sentence for being the mastermind behind terrorist plots in the United States.

The North American Imam Federation is perhaps best known as the group that allegedly planned and staged the “flying imams” incident. After a 2006 NAIF conference, several imams connected to the group were booted from a domestic flight after exhibiting bizarre, threatening behavior, terrifying fellow passengers.

NAIF and the Hamas-tied Council on American Islamic Relations (CAIR) showcased the incident as a prime example of America’s supposed problem with so-called “Islamophobia.”


President Trump’s immigration moratorium, blocking non-citizens from coming into the U.S. from the six terror havens of Iran, Yemen, Somalia, Sudan, Syria, and Libya, will go into effect next week, barring a successful legal challenge by Elshikh and Hawaii or other actors. 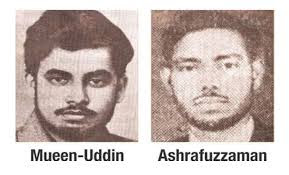