(A Special Investigative Report from the TMLC on 22 August 2019.) 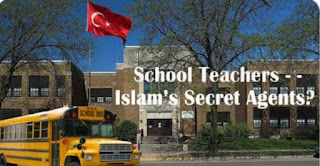 Concerned about a two-day mandatory teacher-training seminar on Islam conducted by a Muslim consultant hired by Michigan’s Novi Community Schools District, TMLC filed a Freedom of Information Act request for documents related to the workshop.

Richard Thompson, president and chief counsel of the Law Center, commented on the results of their investigation, “We found that the teachers were subjected to two days of Islamic propaganda, where Islam was glorified, Christianity disparaged, and America bashed—all funded by Novi taxpayers.”

Moreover, during the past five years the school district has presented no teacher-training seminars focusing on Christianity, Judaism or any other religion – only Islam. The hired Muslim consultant was Huda Essa, a resident of the Dearborn area and of Arab descent. She appeared before the Novi teachers in a hijab, the Muslim headscarf, billing herself as an expert in “cultural competency” and “culturally responsive teaching.”


Most disappointing was the fact that of the more than 400 teachers attending the workshop, not one teacher challenged Essa’s denigration of Christianity or attacks on America. TMLC inspected dozens of internal school documents, including audio recordings of Essa’s presentation.

The information on Islam she provided to Novi teachers was riddled with falsehoods and errors of omission that were clearly meant to deceive. Essa provided no truthful information on Sharia law and jihad, two of the most important aspects of Islam. All references to terrorism were dismissed as having nothing to do with Islam. White Christian males, she suggested, are more dangerous than Islamic radicals.

Essa is the face behind Culture Links LLC, a Michigan-based consultancy. She describes herself on the Culture Links website as an advocate of social justice who encourages children to “take pride in their many identities.”

But, as TMLC discovered from the Novi documents, the one identity Essa does not celebrate is that of patriotic Americans who believe in our nation’s exceptionalism. And her message extends far beyond Novi.

Essa’s client list reveals she has been spreading her “trash America first” philosophy to colleges, universities, schools and professional educator associations throughout Michigan, California, Georgia, Texas, Florida and beyond. 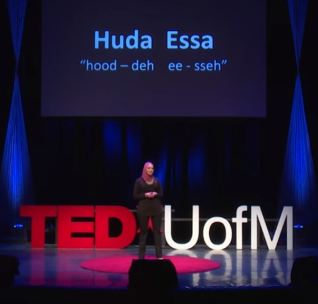 
Under the banner of promoting diversity, inclusion and a multicultural approach to education, Essa sets about comparing Islam to Christianity, calling them “mostly similar.” The one big difference, she claims, is that Islam is the world’s “only purely monotheistic religion.”

Islam’s holy book, the Koran, came straight from Allah to the prophet Muhammad and, unlike the Jewish and Christian scriptures, has never been altered or changed, she told the Novi teachers. Significantly, the Koran commands Muslims to “Fight and kill the disbelievers wherever you find them, take them captive, harass them, lie in wait and ambush them using every stratagem of war.” (Koran 9:5)

Her message was clear: The Koran is superior to the Bible. But she did not address the fact that it calls for the extermination of Christian and Jews. While quick to indict America as guilty of “cultural genocide,” Essa was silent on the 1400 years of actual genocides, also known as jihads, in which Muslims wiped out Jewish tribes on the Arabian Peninsula, and slaughtered millions of Christians throughout the Middle East, North Africa and the European Continent.

Referring to Islam, Winston Churchill wrote, “No stronger retrograde force exists in the world.” Novi’s Islamic teacher-training is just the latest example of professional Islamic indoctrinators infiltrating U.S. public schools even as Christianity has been forced out of the classroom. “This type of infiltration amounts to an Islamic Trojan horse within our public-school systems,” Thompson said. “No other religion gets this kind of special treatment in our schools.”

Only action by patriotic American parents will put a stop to the indoctrination of teachers and students. They must attend school board meetings and call their board’s attention to the existence of unconstitutional Islamic propaganda whenever they find evidence of it in their children’s schools.

And when their board is unresponsive, they must be willing to take legal action to stop it whenever the law permits. TMLC has several active cases involving public schools bending over backwards to promote Islam while trashing Christianity.

In New Jersey, seventh-grade students at Chatham Middle School were taught “Islam is the true faith,” required to learn the Shahada, or Muslim creed, and forced to watch videos that sought to convert them.

TMLC is representing another student at La Plata High School in Maryland, where pupils in world-history classes were taught that “Most Muslims’ faith is stronger than the average Christian” and “Islam at heart is a peaceful religion.”

Jihad, meanwhile, was introduced to La Plata students as a “personal” spiritual struggle, having nothing to do with using violence to spread the faith. And, like in New Jersey, the Maryland students were forced to learn the Five Pillars of Islam and memorize the Shahada. 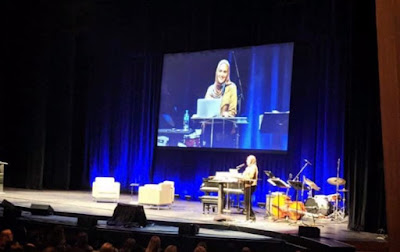 Essa spent a great deal of time in her Novi presentation talking about Muslim women, whom she described as victims of Islamophobia on the part of bigoted Americans. She said her own mother’s decision to wear the hijab was met with “rage” from random Americans.

Other hijab-wearing Muslim women have been spat upon, had hot liquids poured on them, been beaten and even killed because they wear the hijab, Essa said, without giving details of when or where these atrocities supposedly occurred.

Essa presented no statistics on hate crimes to back up her claims. FBI crime stats show that anti-Muslim attacks are relatively rare in America and actually fell by 17 percent in 2017. Anti-Jewish hate crimes that year out-numbered anti-Muslim offenses by nearly four to one.

Globally, Christians are the most persecuted of all religious groups, according to the watchdog Open Doors. Of the top-ten most dangerous countries to be a Christian, all but two of them are Muslim-majority nations, according to Open Doors’ 2019 World Watch List.

But Essa’s attempts to con Novi teachers into accepting her anti-American, pro-Islamic worldview didn’t stop with the idea that Muslims are the most persecuted and victimized people. She said any poor treatment of women in Islamic countries should be attributed to “cultural” differences, not the religion of Islam. 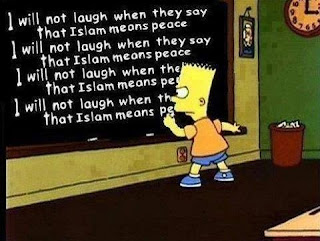 She failed to mention that Muhammad, Islam’s prophet, is reported to have said that the majority of hell would be populated by women (hadith by Sahih Bukhari Vol. 1:28, 301, Vol. 2:161, Vol. 7:124-126). Also absent from her presentation was the Koranic instruction for husbands to beat a disobedient wife (Sura 4:34).

Exercising the art of deception, Essa said Muslims love Jesus and refer to him as “messiah.”  But the word “messiah” has a different meaning for Muslims than for Christians. When Christians speak of Jesus their Messiah, they are referring to God’s “anointed One,” who has the power to forgive sin and grant salvation.

Muslims confer no such divine authority to their Jesus. Under Islam Jesus was only a man, a lower prophet under Muhammad, not the Son of God, and he did not die on a cross or rise from the dead as documented in the gospels.

Essa hammered Novi teachers with the Islamic teaching that the Jewish and Christian scriptures are not to be trusted. Although once pure, they were gradually “corrupted” by unscrupulous men. Only the Koran contains the final, “pure” words of God, she said.

Essa also schooled teachers in the proper use of the phrase “Allahu Akbar!” or “Allah is greatest!” While this is widely known as battle-cry of Muslim terrorists, Essa said it’s really just a refrain that Muslims use to convey feelings of happiness, sadness, anger, or thankfulness while praising Allah.

Essa said the word “Islam” is an offshoot of the Arabic term “Salaam,” which means peace. This is a common ploy used by Muslim apologists to deceive uninformed Westerners. “Islam” is more accurately translated as “submission” and good Muslims know they must submit to Allah and his Sharia (Islamic law), above all other systems of law.

Essa noted Islam is the world’s fastest-growing religion without mentioning that Muslims are forbidden from leaving the faith. Considered apostates, those leaving the faith are subject to severe punishment, up to and including death. And forced conversions have been a well-documented fact of history. The Middle East and North Africa, once overwhelmingly Christian, were Islamized by a series of jihads starting with Muhammad, his successor caliphs and later by the Ottoman Turks. 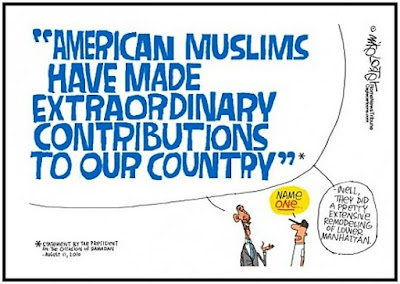 She completely ignored the jihadi terrorist attacks conducted on U.S. soil: The 9/11 attack that murdered nearly 3,000 people, the Fort Hood massacre of 12 U.S. soldiers, the Pulse Nightclub attack that killed 49 Americans in Orlando, the San Bernardino attack that killed 14 at a Christmas party, the Chattanooga shooting that killed five at a Navy recruitment and reserve center, the Boston Marathon bombing that killed three and left hundreds wounded, and the Chelsea, New York, pipe-bombing that injured 30 innocent Americans.

Not to mention the countless terror attacks that have been foiled by the FBI. Here are some other facts uncovered by TMLC’s Freedom of Information Act requests: 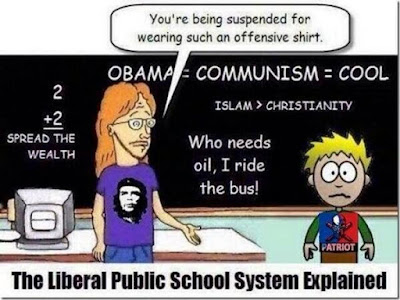