US Designates China The Currency Manipulator 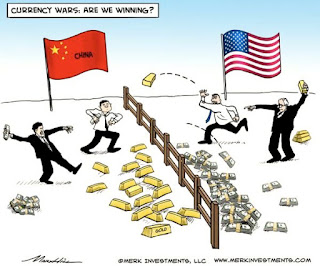 WASHINGTON (AP) — The U.S. Treasury Department labeled China a currency manipulator Monday after Beijing pushed down the value of its yuan in a dramatic escalation of the trade conflict between the world’s two biggest economies.

The decision, which came hours after President Donald Trump accused China of unfairly devaluing its currency, marks a reversal for Treasury: In May, it had declined to sanction China for manipulating its currency. The U.S. has not put China on the currency blacklist since 1994. The designation could pave the way for more U.S. sanctions against China.

Earlier Monday, China had allowed its currency to weaken to an 11-year low, a move that gives its exporters a price edge in world markets and eases some of the damage from U.S. tariffs on Chinese products.

Washington – The Omnibus Trade and Competitiveness Act of 1988 requires the Secretary of the Treasury to analyze the exchange rate policies of other countries. Under Section 3004 of the Act, the Secretary must "consider whether countries manipulate the rate of exchange between their currency and the United States dollar for purposes of preventing effective balance of payments adjustments or gaining unfair competitive advantage in international trade.”

Secretary Mnuchin, under the auspices of President Trump, has today determined that China is a Currency Manipulator. As a result of this determination, Secretary Mnuchin will engage with the International Monetary Fund to eliminate the unfair competitive advantage created by China’s latest actions.

As noted in the most recent Report to Congress on the Macroeconomic and Foreign Exchange Policies of Major Trading Partners of the United States (“FX Report”), China has a long history of facilitating an undervalued currency through protracted, large-scale intervention in the foreign exchange market.

In recent days, China has taken concrete steps to devalue its currency, while maintaining substantial foreign exchange reserves despite active use of such tools in the past. The context of these actions and the implausibility of China’s market stability rationale confirm that the purpose of China’s currency devaluation is to gain an unfair competitive advantage in international trade.

The Chinese authorities have acknowledged that they have ample control over the RMB exchange rate. In a statement today, the People’s Bank of China (PBOC) noted that it “has accumulated rich experience and policy tools, and will continue to innovate and enrich the control toolbox, and take necessary and targeted measures against the positive feedback behavior that may occur in the foreign exchange market.”

This is an open acknowledgement by the PBOC that it has extensive experience manipulating its currency and remains prepared to do so on an ongoing basis. This pattern of actions is also a violation of China’s G20 commitments to refrain from competitive devaluation. 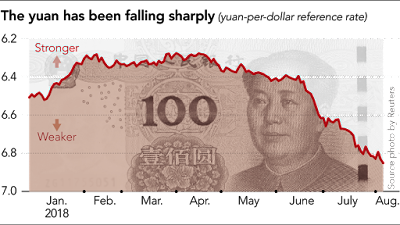 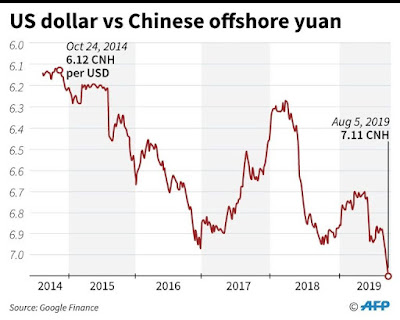