OPPO grew by 137% in the second quarter of 2016, compared to a year ago, according to market research firm IDC. The company finished fourth overall, behind Samsung, Apple and Huawei, in that order. OPPO shipped 22.6 million smartphones in the second quarter and grabbed 6.6% of the market, well behind the 77 million shipped by Samsung and the 40.4 million from Apple, according to IDC.

With its fantastic pace of growth, OPPO is expected to continue to put pressure on high-end phone makers like Apple and Samsung. That's because OPPO's smartphones have attractive, high-end features at lower cost.

OPPO doesn't sell directly in the U.S., but its newest F1 Plus, a stylish Android 5.1 (Lollipop) phone with a 5.5-in. display, can be purchased online starting at $434. (With a SIM card inserted, it could be made to work on T-Mobile and AT&T, IDC said.) The F1 Plus is the equivalent of the R9 smartphone launched in Beijing in March.

"There's no question that Apple has their eye on OPPO and other Asian vendors, but they operate at a much lower average selling price (ASP) than the iPhone," said Ryan Reith, an analyst at IDC, in an interview. "OPPO has gotten a lot of global attention for growing fast when the overall smartphone market is slowing," Reith added.

Apple created the iPhone SE with its 4-in. display partly to compete with the likes of low-cost OPPO smartphones and those from Huawei and Vivo, the fifth-largest phone maker with nearly 5% of the market in the second quarter. IDC calculated that the iPhone SE made up 22% of Apple's overall iPhone sales in the second quarter. "That's a good chunk of their sales," Reith said.

In the first quarter, IDC said it calculated Apple's ASP for all models of iPhones at $699, compared to $229 for OPPO's ASP. In the second quarter, Apple said its overall ASP for iPhones was $595, down 10% from a year earlier.

Reith said Apple's ASP values are always lower than the ASP that IDC calculates because the research firm looks at the actual price paid by consumers, while Apple reports its cost to retailers, including U.S. carriers, which tack on an added cost.

OPPO has benefited recently from sales in southeast Asia and India as well as slowing sales in China, backed by aggressive marketing and advertising, IDC said. OPPO also sponsored big name entertainers in that region to help build its brand. The F1 Plus and the equivalent R9 are the top models shipped, and the heavy marketing focused on the devices is an indication of the company's ambitions in the high-end smartphone market.

"OPPO is a household name in China, and as that market has recently slowed down, the only way to continue is to build outside in southeast Asia and India," Reith said. OPPO has opened physical stores to sell its phones in Singapore and Indonesia, where the company doesn't sell phones in large numbers, but the storefronts help increase awareness of the OPPO brand.

OPPO isn't expected to open physical stores in the U.S. or market more directly here. However, it's likely the phone maker will find strong market growth in the Middle East as well as in its existing market base.

OPPO, based in Dongguan, China, is part of a holding company called BBK, based in Chang'an, China. BBK is also a principal investor in the smartphone startup OnePlus, which markets three smartphones that are sold in many countries including the U.S. IDC ranked OnePlus 45th in smartphones globally in the first quarter.

OnePlus, based in Shenzhen China, announced the OnePlus 3, an Android 6 (Marshmallow) smartphone, in June, priced at $399. It features a large 3,000 mAh battery that can be charged to 60% of capacity in 30 minutes. With a 5.5-in. display, it comes with a quad-core Qualcomm Snapdragon 820 processor, a fingerprint sensor and other standard features of high-end smartphones.

Even though OnePlus and OPPO are related through the BBK holding company, Reith said that BBK intentionally keeps the two entities separate. IDC doesn't count OnePlus shipments in its OPPO shipment totals and doesn't expect BBK to combine the two companies. 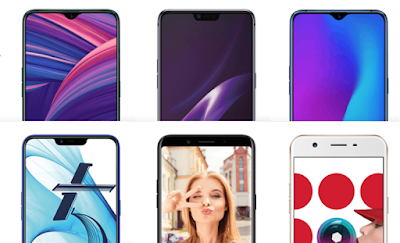 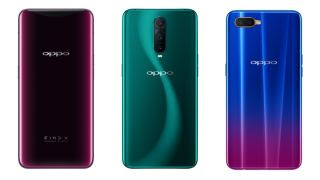 (Blogger's Notes: I used to have an old I-Phone 7 and that gave me so much trouble last few years. Battery didn't last long and the worst was inaccurate display of charge. For instance at the morning the charge was 80% and suddenly at about ten it became 10% and by noon the battery was "KAPUT". Finally the charging port collapsed and I basically had to throw it away.

Then I went to Chatswood JB-Hifi one day and discovered the OPPO A52 on sale at A$ 249 and I bought it straight away that day. The phone is a beauty and since it's an ANDROID phone the software works flawless and battery seems to last forever after one two-hours charge. All the APPs I've been using works perfect on the phone too. I'll never go back to those damn expensive I-Phones again.) 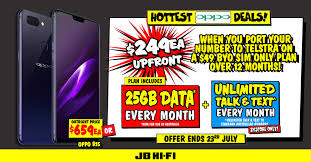