Burka Should Be Banned In Australia: Tony Abbott

(Feature article direct from the ABC NEWS on 1 October 2014.) 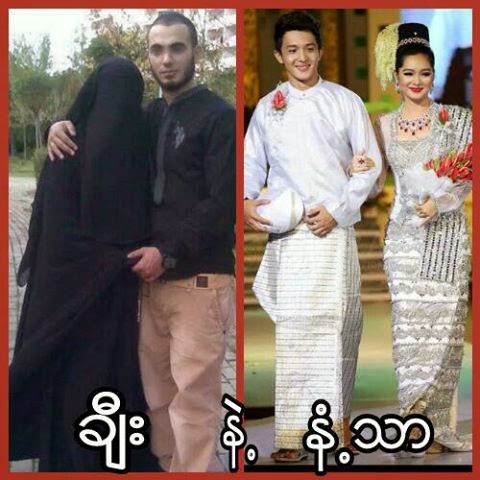 Coalition backbenchers Cory Bernardi and George Christensen have said they believe the burka should be removed at security checkpoints coming into the building. Speaker of the House Bronwyn Bishop and Senate President Stephen Parry are seeking advice from security agencies but are yet to make a decision.

Mr Abbott said Parliament House had to be treated as a secure building. "It is perfectly appropriate that in certain circumstances people be required to show their face. There can't be one rule for one form of attire and a different rule for another form of attire," he said.

But he cautioned against inflating the issue. "Has anyone ever sought entry to this building so attired? As far as I am aware, no," he said. "And making a big song and dance about a hypothetical I am not sure is particularly helpful. But I just want to stress that this is a secure building and it should be governed by the rules that are appropriate for a secure building and obviously people need to be identifiable in a secure building such as this."

Attorney-General George Brandis said it was "none of his business" if people wore the burka but added there may be times when it should be removed. "There may be particular circumstances in which people should be required to reveal their identity and those rules should apply equally to everyone regardless of what garment they may be wearing that might conceal their identity," he told the National Press Club.

Opposition Leader Bill Shorten said Mr Abbott should have kept his personal views about the burka to himself. Mr Shorten told the ABC's Lateline program the comments were disappointing.

"I wish he had just stuck to saying people are free to make those choices. I don't think he should have taken that next step and editorialised his own opinion," Mr Shorten said. "When you're the leader of the nation, everyone listens to what you say and I wish he had just defended the right of people to practise their religion."

A broader call for the burka to be banned in public, led by Palmer United Party Senator Jacqui Lambie and also supported by Senator Bernardi and Mr Christensen, appears not to have won the Prime Minister's support.

"I have said before that I find it a fairly confronting form of attire," he said. "Frankly, I wish it was not worn. But we are a free country, we are a free society and it is not the business of Government to tell people what they should and shouldn't wear."

Maha Abdo, from the Sydney-based Muslim Women's Association, said Mr Abbott's comments were offensive and ignorant. She said most Muslim women in Australia who wore a headcovering wore the niqab - which covers the face but not the eyes. The burka is a full body covering, with a mesh slot to cover the eyes.

"He says that he is clearly offended by the niqab, or by the burqa that he calls it, and yet he comes up and says you know, we live in a free society and everyone can choose what to wear and what not to wear, his comment was clearly adding more fuel to the fire that is existing," she said.

Newly-appointed Commissioner of the Australian Federal Police Andrew Colvin, whose appointment was announced by Mr Abbott this morning, said it was not appropriate for him to comment on the speculation. "Policing in this country is done without fear or favour in all circumstances," he said.


In Parliament, MPs passed the Government's first round of counter-terror laws, including a measure that would jail anyone who disclosed intelligence information for up to 10 years.