(Saied Shoaaib’s article from The GATESTONE INSTITUTE on 15 December 2016.)

Islamist front groups in Canada and the West have dragged the media and the political "elites" into their extremist messaging. Rather than learning about why extremism and terrorism come out of their religion, Islamists instead concentrate on preventing the victims of their violence from speaking out.

They do this by shouting "Islamophobia" at every opportunity, and do so most loudly at modernist or secular Muslims. The Parliament of Canada, for example, passed an "anti-Islamophobia" motion on October 26, 2016. Samir Majzoub, the president of the Canadian Muslim Forum, was the person behind the Parliamentary petition against "Islamophobia"; it generated some 70,000 signatures.

The sponsor of the motion in the House of Commons was Liberal MP Frank Baylis. Both Majzoub and the Canadian Muslim Forum have a rather long list of dubious connections to Islamist groups and the foreign money used to support them. This includes the Muslim Brotherhood.


What is the real intent of Samir Majzoub, the Canadian Muslim Forum and its exploitation of the over-hyped concept of "Islamophobia"?

As noted, Islamists, including Majzoub, have a long history of dragging prominent people and organizations into their arguments about extremism, terrorism and radicalization. These Islamists do not use their influence to drain the resources of Islamic terrorism in Canada and elsewhere, nor do they seek to stop young Canadians from joining ISIS.

They did not stop suicide bombers in Canada such as Aaron Driver or Calgary-based Salma Ashrafi, who became a suicide bomber in Iraq. They do not use their knowledge or money to dismantle the infrastructure of extremism, nor do they attempt to dismantle the historical and religious arguments in favor of terrorism. Rather than do any of this, they instead make it their priority to intimidate, harass or sue those who speak out against Islamist extremism and its accompanying terrorism. 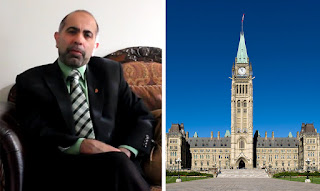 Why should life be dangerous for Muslims, their families and others who reject the charges of Islamophobia?

The prevailing religious interpretation of groups such as the Muslim Brotherhood and its adherents is that anyone who objects to their interpretation of Islam is to be considered a disbeliever. Because of their disbelief, they deserve to be killed in the present life and should then suffer the punishment of Allah in the next life. If killing them in this life is not an option, then spreading hate and anger against them is acceptable.

The side effects of the supposed "Islamophobia" activity is an increased threat to Muslim families in Canada and the USA. Modernist and secular Muslims are afraid to speak out against extremism, for fear of being labelled as traitors to their own community. They also fear for their businesses and their children, who may come under verbal and physical attack.

Because of petitions and Parliamentary actions such as those in Canada, modernist and secular Muslims and their families are forced either to agree with the false precepts of "Islamophobia" as advanced by extremist front groups, or to disagree with them but remain silent. Unfortunately, disagreeing with the Muslim Brotherhood and its front groups can be dangerous and even fatal.

In the UK, it was recently revealed that only about 2% of UK Muslims feel that the Muslim Council of Britain represents them. Moreover, CAIR, despite its claims of moderation, was declared to be a terrorist entity by the United Arab Emirates.

At the same time, these Islamists do all they can to hide their finances; they refuse to show how much money they receive from Saudi Arabia or Qatar. They are constantly caught financing terrorism and their front-group members are often charged with criminal offences related to extremism and terrorism.

The Parliamentary motion condemns all forms of "Islamophobia," without making any attempt to define what that means. As Judith Bergman put it:

The questions need to be asked: What exactly are they condemning? Criticism of Islam? Criticism of Muslims? Debating Mohammed? Depicting Mohammed? Discussing whether ISIS is a true manifestation of Islam? Is any Canadian who now writes critically of Islam or disagrees with the petitioners that ISIS "does not reflect in any way the values or the teachings of the religion of Islam now to be considered an "Islamophobe"?

The Canadian Parliamentary motion on "Islamophobia" is indeed a large stick that is designed to be swung at anyone who makes even the vaguest criticism of extremist Islam and its front groups. Rather than draining the extremist swamp or defunding their centers of activity, motions such as this are intended to weaponize words so that critics can be silenced by criminalizing anything that varies from political correctness, as in the clearly politically-motivated conviction of Dutch MP Geert Wilders last week.

The first victims of this will be secular and modernist Muslims who oppose extremism -- and their families.


(Saied Shoaaib is a journalist and author originally from Egypt. He was the editor and manager of the Alyoum7 news website and the manager of "United Journalist." In 2007, a leader of the Muslim Brotherhood in Egypt raised questions about his work in the Egyptian Parliament. The questions were specifically aimed at the Attorney General of Egypt. For many years, his life and his family have been at risk because of constant threats aimed at his writings against and Islamists, terrorism and Islamic extremism. He has written several books on extremist Islam, journalism and the electronic media.) 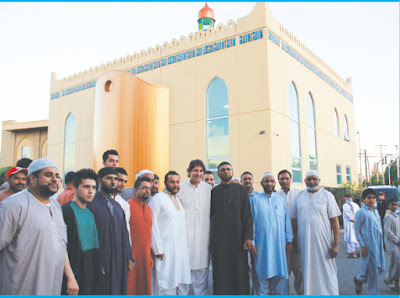