(Stoyan Zaimov’s article direct from The CHRISTIAN POST on 16 September 2016.) 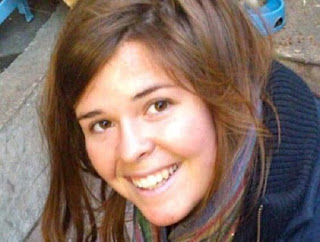 Kayla Mueller Refused to Deny Christ Despite Being Gang-Raped and Brutally Tortured by ISIS, Ex-Hostage Says. In September 2016, a group of escaped ISIS sex slaves finally revealed the true fate of Kayla Mueller -- the 26-year-old American aid worker in Syria whom ISIS had reported dead more than a year ago.

Her former fellow captives said Mueller had "refused to deny Jesus Christ despite being repeatedly gang-raped and tortured." In February 2015, ISIS claimed their captive had been killed during a Jordanian airstrike and sent photos of her dead body in a white burial shroud, apparently as a sign of respect.

One former sex slave said that Mueller "put others before herself," and once even refused a chance to escape with the other girls because she thought her American appearance would stand out and endanger the others.


Kayla Mueller was a 26-year-old American Christian aid worker in Syria. The Islamic State abducted her, and repeatedly raped and tortured her, then claimed that she was killed during a Jordanian airstrike.

Below, Mueller is shown before her enslavement and death (left), and during her captivity (right), taken from an ISIS propaganda video. 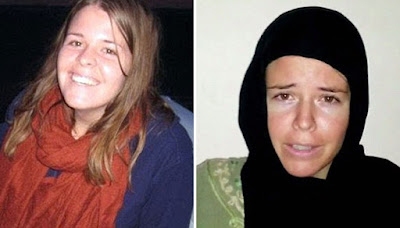 Four former hostages who were held by the Islamic State terror group at an abandoned oil refinery in Syria in 2014 have revealed that Kayla Mueller, the Christian aid worker who was slain in IS captivity last year, refused to deny Jesus Christ despite being repeatedly raped and tortured.


Frida Saide of Sweden and Patricia Chavez of Peru and Belgium, who were held alongside 26-year-old Mueller in the oil refinery, said that despite what Mueller was forced to suffer through, she remained steadfast in her Christian faith, The Associated Press reports.

Chavez noted that Mueller acted like a big sister to the other captured girls, looking to keep up their spirits despite the grim situation they were in. "They would scream at her and they would, you know, blame her for everything that America has done in the world," Saide said, according to AP. "She was amazing. She was a really strong girl," Chavez said.

Mueller's family in Arizona received news of her death in February 2015, after IS sent photos of her dead body in a white burial shroud, supposedly as a sign of respect. The humanitarian worker is believed to have been married off to a top IS official during her captivity. The jihadist group claimed that Mueller, who was captured in 2013 after leaving a hospital in Syria, had been killed during a Jordanian airstrike on one of its targets.

Muller's strong Christian faith was evident in her letters to her family, where she explained that faith gave her courage. "I remember mom always telling me that all in all in the end the only one you really have is God. I have come to a place in experience where, in every sense of the word, I have surrendered myself to our creator b/c literally there was no else ... + by God + by your prayers I have felt tenderly cradled in freefall," she wrote in one of her letters.

Other former sex slaves who escaped IS captivity have also said that Mueller put others before herself, and at one point even refused the chance to escape with the other girls, because she thought her American appearance could put the others in danger.

Kathleen Day, a campus minister at Northern Arizona University, where Mueller studied, praised the girls who escaped IS for sharing Mueller's testimony. "These young women and hostages were all alone," Day told AP. "They had no power. They had no voice. They had no money yet they stayed steady in their compassion and outreach to others."

Carl and Marsha Mueller, the parents of the slain humanitarian worker, are meanwhile still waiting on President Obama to honor a pledge to make a donation to the foundation created around their daughter, focused on her commitment to serve the needy. "The president could have been a hero, but he chose not to," Carl Mueller told ABC News.

A White House official responded in a statement by suggesting that Obama will still help out Kayla's Hands. "The president will continue to support the goals of the organization in different ways, including by making a donation," as pledged to the Mueller family, the official said. 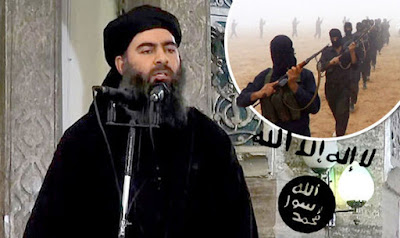 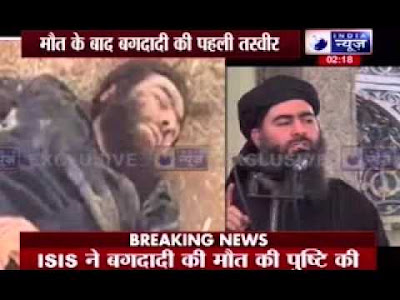 A 16-year-old Yazidi girl who was used as a slave by Islamic State terror group leader Abu bakr al-Baghdadi has described the savage beatings and rapes she and other women, including U.S. hostage Kayla Mueller, suffered at the hands of the jihadists.

The Yazidi girl, using the name Zeinat, revealed in a CNN interview that she met Mueller when both were forced to serve al-Baghdadi at his home in Raqqa, Syria. "He treated us so badly," Zeinat said. "He would always tell us: Forget your father and your brothers. We have killed them. And we have married off your mothers and sisters. Forget them."

She said that all the captives were forced to watch beheading videos, which IS members used to warn them about what will happen if they try to escape or refuse to convert to Islam. In one failed attempted escape, the Yazidi girl and others with her were beaten savagely by al-Baghdadi.

"They beat us all over our bodies. We were completely black from the beating. They beat us with everything: cables, belts and wooden sticks," she added. "(Al-Baghdadi) hit me (with a) garden hose and (a) belt. Then he slapped my face and my nose bled," she said.

As for her relationship with Mueller, Zeinat says that "she was a friend, she was like a sister to me." The two were kept together inside a jail for several weeks, fed little, and moved around to different houses. Mueller, who was taken hostage in Syria in 2013 while doing humanitarian work, shared with Zeinat that she had been raped by al-Baghdadi.

"When Kayla came back to us (after being taken to see al-Baghdadi), we asked her, 'Why are you crying?' And Kayla told us al-Baghdadi said: 'I am going to marry you by force and you are going to be my wife. If you refuse, I will kill you.'

"Kayla told me specifically ... 'Abu Bakr al-Baghdadi raped me.' (She said he raped her) four times," the Yazidi girl added. Zeinat tried to persuade Mueller to escape, but the American said it would be too dangerous.

"When I heard what Kayla told me, I wanted to escape. I told Kayla to escape with me, but Kayla refused. She told me about the American journalist who was beheaded, and she said, 'If I escape, they will behead me,'" she continued.

"The first time I told her I would escape, she said, 'Don't run away. If they catch you, they will surely kill you.' But I told her, 'No. I saw what Abu Bakr al-Baghdadi did to you. I saw how you suffered. I saw how much pain you were in. I will escape whatever way I can.'"

Zeinat and another friend finally managed to escape one night, and eventually reached a small village despite being shot at by IS fighters. "He murdered people. He forced people to convert. He raped girls. He killed families, separating mothers from their children," Zeinat said of the IS leader. "I want the world to know how evil he is."


Mueller, however, allegedly died in an airstrike that IS says was carried out by Jordan in Syria. In February hundreds of mourners in Arizona, where Mueller was from, paid tribute to the Christian aid worker, lighting candles in her memory. 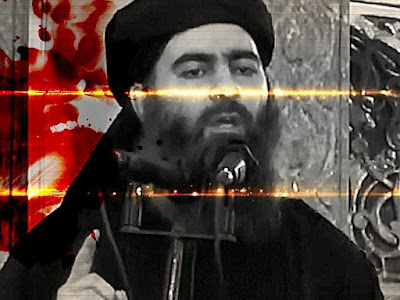 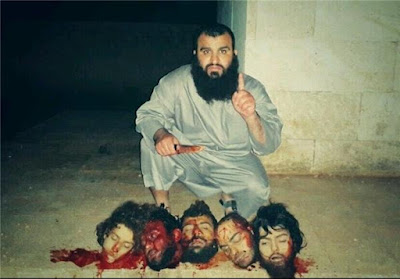 Related posts at following links:
Islam Is A Perversion Of Christian Doctrine: St. Aquinas
Posted by Hla Oo at 6:57 PM