(Based on articles from the Burmese FACEBOOK in September 2021.)

Myanmar Army Chief and the newest Burmese dictator, General Min Aung Hlaing was recently seen almost crying on the Myanmar TV. Why did the hard man publicly and pathetically collapse?

Not because the sad reason that the people resistance has been killing hundreds and hundreds of his obedient wardog soldiers, and not because his universally-hated wardog soldiers have been deserting his slave army in droves. Just because the nation-wide Burmese resistance movement has started destroying tens and tens of the MYTEL’s mobile phone towers all over the country last few weeks.

Burmese Resistance has found the General’s weak spot and the brave fighters have been deliberately and brutally bombing his MYTEL towers all over the place. It even alarmingly rattles another S-E-Asian dictatorship, the Communist Vietnam.

Mytel is 49% part-owned (51% owned by General MAH’s family) by a subsidiary of the Hanoi-based Viettel. Viettel is Vietnam’s largest telecoms operator. It is owned by the country’s Ministry of Defense and in recent years began a transformation into a high-tech arms manufacturer.

By blowing up Mytel mobile towers the Resistance has kicked the balls of money-mad dictator. He came out on the TV and challenged the Resistance fighters to attack his army, if they are men enough, but not the towers which could not and will not fight back. What a fuck-wit and he shamelessly declared that he is a nation-builder not a power-hungry dictator. 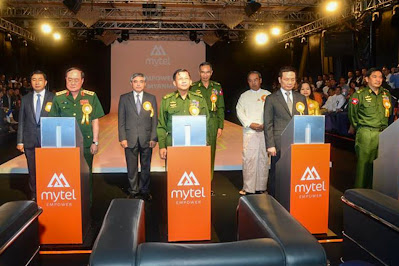 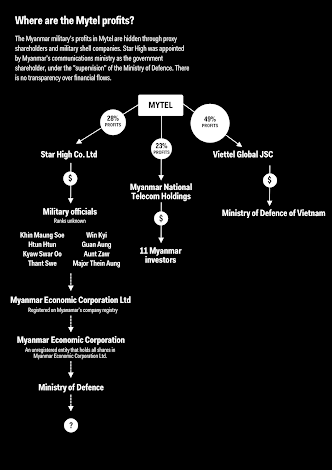 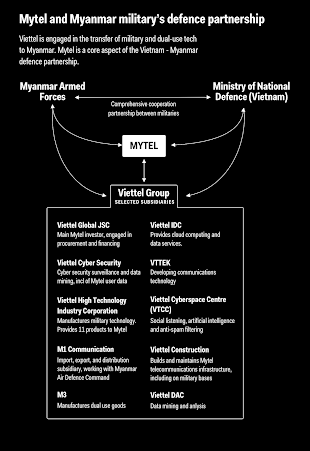 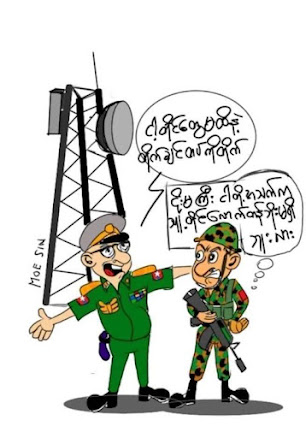