China’s Property Bubble is About to Bust!

(Staff article from the ABC NEWS AUSTRALIA on September 6, 2021.) 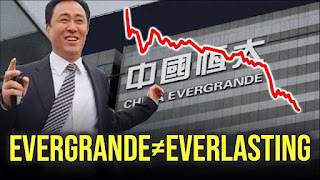 China's property bubble may be about to burst, and it could cost Australia dearly: It's one of Hemingway's best lines, from The Sun Also Rises. "How did you go broke?" Bill asked. "Two ways," said Mike. "Gradually and then suddenly."

It is a passage to which Xu Jiayin, founder of China Evergrande, China's biggest property group and the world's 122nd largest company by sales, can relate. For most of this year, his firm has been floundering, fighting off hordes of angry creditors, defending court actions and desperately trying to secure enough finance to survive. Now the situation has taken a sudden turn for the worse.

At its peak, three years ago, the Hong Kong-listed China Evergrande was the world's most valuable real estate group. It's now better known as the world's most indebted property developer, owing more than $US300 billion ($403 billion).

Once a symbol of glittering success in the most exciting property market on the planet, China Evergrande is now tanking, and dragging many of its competitors with it, as global investors and creditors desperately attempt to parachute out of the troubled Chinese property sector.

The owner of football club Guangzhou FC, the company two years ago boasted of taking on Elon Musk's Tesla, establishing an electric vehicle subsidiary with three production hubs in southern China. By that stage, Mr Xu was China's third-richest person, with an estimated wealth of $US30 billion ($40.3 billion).

Last week, the firm, with projects underway in 22 cities, warned that it may default on debt repayments if its efforts to refinance and sell assets fall short, an announcement that rattled global debt markets.

Contractors are lining up for payment, and creditors are fleeing, willing to accept less than 30 cents in the dollar from anyone game enough to buy Evergrande debt. Meanwhile, tens of thousands of hopeful apartment owners are fretting that a collapse may see their deposits evaporate.

The only way the group can lift cash flow is to sell off its vast portfolio of apartments at heavy discounts. That is threatening to undermine prices across the country and potentially cause the collapse of rivals as the entire industry comes under pressure. Either way, a crisis of confidence among buyers seems almost certain.

As an industry, Chinese property development is a hungry consumer of natural resources, particularly iron ore, the price of which has shed almost 40 per cent since May. For years, the country's leaders turned a blind eye to the industry's excesses because it was one of the main vehicles for stimulating economic growth.

But with Beijing taking a back seat as the firm unravels, its demise looks set to send shock waves through the steel industry, adding further pressure to iron ore prices. China's transformation from an agrarian-based economy into an urbanised industrial powerhouse over the past 40 years has been achieved on a scale and speed never before witnessed in history.

With the introduction of a free market came the opportunity for fabulous wealth from real estate as millions of farm workers flocked to newly built cities. Thus began the rise of the property moguls. Just as in the West, real estate speculation has become a national pastime as prices have gone into orbit.

The end result has been much the same. Sky high rents, unaffordable housing and younger generations seething that they have been locked out of the market. If there is one thing to which the Chinese Communist Party has an acute sensitivity, it is the prospect of large-scale unrest.

To top it off, dodgy building standards, sales and loan sharks and a host of other illegal activities have dogged the industry, with a rising tide of resentment against the big developers. Late last year Beijing introduced what it called the Three Red Lines policy for property developers, a strategy that aimed to reduce debt within the industry, curb runaway property prices and lift standards. 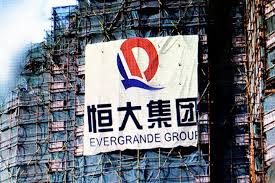 A few months back, several large cities, including Evergrande's home turf Guangzhou, began putting price limits on new land releases and restrictions on developers, including sale price caps. They also imposed penalties on developers who failed to deliver as promised or on time.

The dramatic interventions have been a long time coming and, the real estate barons should have been prepared, particularly since President Xi Jinping's not so subtle dig in 2017 that "housing is for living in, not for speculation."

But this comes hard on the heels of a series of attacks on wealthy business leaders. Late last year, Alibaba founder Jack Ma, a close friend of Evergrande's Xu, became the first victim of a crackdown on technology titans. That's since been extended to profiteering education firms, raising concerns Xi is winding back Beijing's acceptance of capitalism and eliminating potential rivals in the popularity stakes.

Last week, gaming operators were in the spotlight when Beijing decreed kids were restricted to just three hours a week of online gaming. More recently, well-known movie stars suddenly "disappeared" as the purge amongst the popular extended beyond the business world. 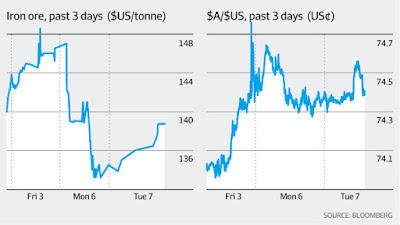 How does this affect us?

That's easy. Our raw materials have played an instrumental role in China's property boom. All those apartment towers require a huge amount of steel. In fact, property developers account for around half of all China's iron ore demand. So, any significant drop in construction will mean less steel, and even less iron ore, at a time when prices already have fallen around 40 per cent from their May peak.

Not only that, as Macrobusiness economist David Llewellyn Smith points out, developers have a big impact on local government funding. That is vital for infrastructure spending, accounting for about 20 per cent of total construction — until now, one of the preferred conduits for stimulating growth.

Any cut to housing and infrastructure spending will further undermine an iron ore price already reeling from Beijing's edict that steel output must be curbed to meet emissions targets. And while Xi finally appears to have engineered an economic backhand slap on Australia in the form of lower commodity prices, the strategy could come at an enormous cost at home if declining growth rates deteriorate further.

The potential to backfire

It is uncertain how far Beijing will allow this to run. Under Xi, the country has embarked on a series of economic reforms, many of them worthy, but on each occasion they have failed primarily because the leadership has pushed too hard, forcing authorities into a sudden about-turn.

On several occasions, reforms designed to restrict risky lending backfired when credit markets seized, forcing the central bank to inject liquidity, which resulted in an explosion of high-risk lending.

Huge capital outflows destabilised the renminbi after local firms were encouraged to invest offshore, forcing Beijing to reverse the ruling. Efforts to promote the currency as a global reserve also prompted massive outflows which had to be arrested.

Then there was the great stock market boom of 2015, engineered by Beijing, which created a bubble that burst spectacularly. This latest episode may turn out to be a replay. Xu Jiayin's future certainly looks dim.

But if domestic growth tanks, there may be little choice but to junk the reforms and plunge back into housing and infrastructure, to keep the economy ticking over and the population in jobs. Nothing foments discontent like unemployment. 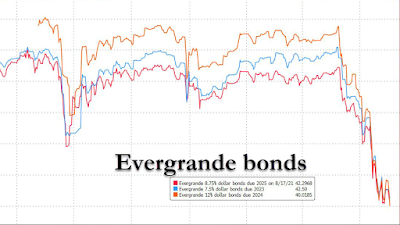 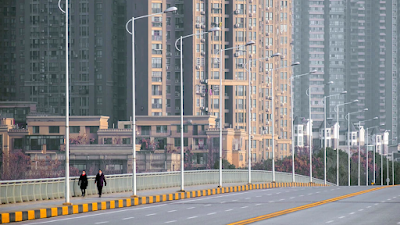