British Muslim female jihadis are running brothels full of Christian women kidnapped and forced into sex slavery by Islamic State militants. It is understood they are members of an ultra-religious IS ‘police’ force tasked with looking after girls captured from the Yazidi Christian tribe in Iraq.

As many as 3,000 Iraqi women have been taken captive in the last two weeks by the terror group. Sources suggest that members of the all-women al-Khanssaa Brigade in Raqqa, Syria, are running brothels to satisfy the fighters’ desires.


One said: “These women are using barbaric interpretations of the Islamic faith to justify their actions. They believe the militants can use these women as they please as they are non-Muslims. The Yazidi people are being ethnically cleansed, and their women are being subjected to the most brutal treatment. It is the British Muslim women who have risen to the top of the Islamic State’s sharia police and now they are in charge of this operation. It is as bizarre as it is perverse.”

A report obtained by the Daily Mirror from researchers at think tank MEMRI – the Middle East Media Research Institution – confirms ethnic sex slavery is taking place on a massive scale.

The report states: “During its takeover of large parts of northern Iraq the IS captured many Yazidi villages, and reportedly took many Yazidi women to be sold and used as sex slaves.” 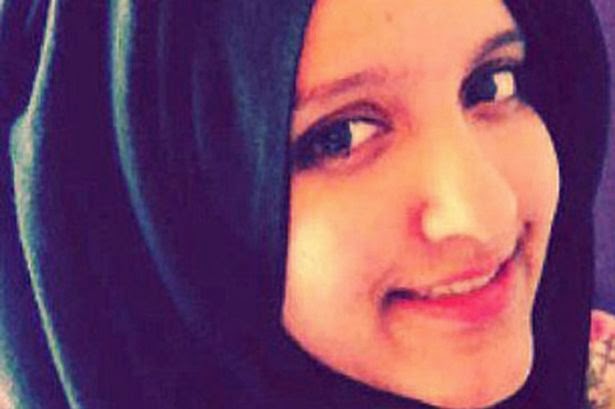 Researchers at the International Centre for the Study of Radicalisation suggest up to 60 British women have gone to Syria for jihad. Sources have revealed some of these women have emerged as key figures in the al-Khanssaa brigade and are enticing dozens more to leave their families and join them.

Aspiring doctor Aqsa Mahmood, 20, who fled her Glasgow home last November, is understood to be part of the brigade. She said she wanted to behead Christians with a “blunt knife”. She is now the head mamasan forcing captured Iraqi Christian women and girls serve evil ISIS Muslim murderers.


British women jihadists are running an ultra-religious police force for ISIS that punishes females for un-Islamic behaviour, it was reported today. New evidence shows a number of British recruits to the al-Khansaa brigade – an all-women militia set up by IS that is operating in the city of Raqqa, IS’s base in Syria.

Security services believe US hostages James Foley and Steven Sotloff were both killed near Raqqa. A key figure in the al-Khansaa brigade is thought to be Aqsa Mahmood, 20, from Glasgow, who fled to Syria last November.

It is also believed that she has been joined by Manchester twins Salma and Zahra Halane, 16, and Muslim convert Sally Jones, 45, from Chatham, Kent. The women have been identified by academics at the International Centre for the Study of Radicalisation, at King’s College London.

ICSR believes about 60 British women – the vast majority aged between 18 and 24 – have gone to Syria to fight. Dozens more have researched jihad in the past three weeks. The surge is thought to have been sparked by reports of the beheading of Mr Foley and the release of a video of his execution. Mahmood is linked to the al-Khansaa brigade by her jihadist name Umm Layth.


According to the Terrorism Research & Analysis Consortium, a US-based monitoring group, al-Khansaa’s members are all single and dress in black robes. Brigade members are paid a monthly salary of £100. 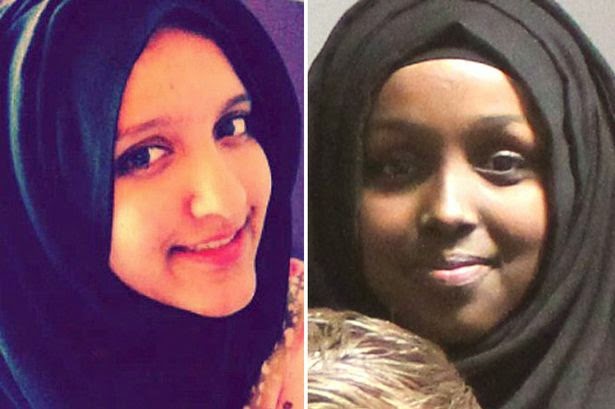