A Michigan doctor of Indian-Muslim origin was charged Thursday with performing female genital mutilation on minors in the first such case that falls under a U.S. law treating the practice as a felony offense, according to the Department of Justice.

Dr. Jumana Nagarwala of Northville, Mich., allegedly performed female genital mutilation on girls at a medical office in Livonia, Mich. According to the complaint, some of the victims, who were between the ages of 6 and 8, allegedly crossed state lines to have Nagarwala perform the procedure.

“According to the complaint, despite her oath to care for her patients, Dr. Nagarwala is alleged to have performed horrifying acts of brutality on the most vulnerable victims,” Acting Assistant Attorney General Kenneth Blanco said. “The Department of Justice is committed to stopping female genital mutilation in this country, and will use the full power of the law to ensure that no girls suffer such physical and emotional abuse.”


The procedure is prevalent in some majority Muslim countries and is sometimes called “cleansing” by its practitioners. It involves the partial or total removal of the external female genitalia (including the clitoris), often performed without anesthesia. It is designed to ensure females remain virgins until marriage.

According to the Department of Justice, this is believed to be the first case brought under 18 U.S.C. 116, which criminalizes female genital mutilation, stating that anyone who knowingly circumcises, excises or infibulates the whole or any part of the female labia or clitoris of a person who is under the age of 18 “shall be fined or imprisoned not more than 5 years – or both.”

“Female genital mutilation constitutes a particularly brutal form of violence against women and girls — it is also a serious federal felony in the United States,” Acting U.S. Attorney Daniel Lemisch said. “The practice has no place in modern society and those who perform FGM on minors will be held accountable under federal law.”

According to a 2013 census by the Population Reference Bureau, approximately 500,000 women and girls in the United States have undergone the procedure or are at risk of the procedure.

In 2015, the issue of female genital mutilation received a wave of attention after Google Executive Chairman Eric Schmidt made a personal pledge of $100,000 to stop the brutal practice, after meeting Ayaan Hirsi Ali, an internationally known women’s rights advocate who suffered the barbaric practice at the age of 5.

“The allegations against the defendant in this investigation are made even more deplorable, given the defendant’s position as a trusted medical professional in the community,” Special Agent in Charge Steve Francis said. “My sincere hope is that these charges will give support to those who have allegedly suffered both physically and emotionally.”

Nagarwala was arrested and is expected to appear in Detroit federal court Thursday. (Please read the FBI Criminal Complaint against Dr. Jumana Nagarwala at this link here.) 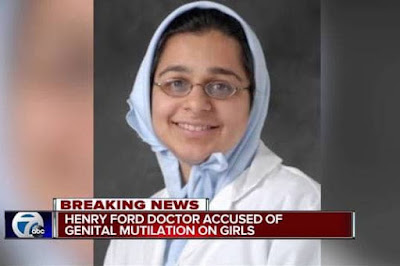 A doctor in Michigan has been charged with carrying out female genital mutilation on young girls, in what is thought to be the first prosecution of its kind in the US. Jumana Nagarwala, an emergency room physician in Detroit, is accused of performing the procedure on girls aged between six and eight and then lying to investigators when confronted.

Nagarwala, 44, faces a sentence of up to life in prison if convicted of all the charges against her. She was scheduled to appear in federal court in Detroit on Thursday afternoon. Prosecutors alleged in a complaint filed to court that Nagarwala had been carrying out female genital mutilation procedures for the past 12 years from a medical office in the Detroit suburb of Livonia.

Justice department officials said on Thursday that the charges were believed to be the first ever brought under a US law against female genital mutilation that was passed in 1996 and amended in 2013.

“Female genital mutilation constitutes a particularly brutal form of violence against women and girls. It is also a serious federal felony in the United States,” acting US attorney Daniel Lemisch said in a statement. “The practice has no place in modern society and those who perform FGM on minors will be held accountable under federal law.”

The FBI and Department of Homeland Security’s investigations division (HSI) acted after receiving a tip-off that Nagarwala was performing FGM, according to the court filing. Nagarwala is charged with female genital mutilation, transportation with intent to engage in criminal sexual activity and lying to a federal agent.

Investigators interviewed and examined two seven-year-old girls from Minnesota who appeared to have undergone FGM by Nagarwala in February this year. Telephone records, hotel bills and surveillance video are said to show that the girls traveled to Michigan with their mothers.

One of the girls said that she had been told she was going to see a doctor “to get the germs out” of her. She said Nagarwala had “pinched” her genitals and that she was given a pad to place in her underwear.

The second girl said she had screamed in pain after the procedure, and that afterwards “she could barely walk, and that she felt pain all the way down to her ankle”. A glove belonging to the second girl was later found in the clinic. Her parents told investigators they had taken the girl to see Nagarwala in Michigan for a “cleansing”.

Yet in an interview on Monday this week with an agent from the HSI, Nagarwala allegedly said that she had never performed FGM on children and knew that it was illegal in the US. David Gelios, the special agent in charge of the FBI’s Detroit office, said in a statement that US authorities would do whatever necessary “to bring an end to this barbaric practice”.


Jaha Dukureh, an Atlanta-based FGM survivor and leading campaigner against the practice, welcomed the prosecution, saying that it “sets an example” and reminds the public of an ongoing problem. “We don’t want to have to prosecute – we want to prevent,” Dukureh said. “This shouldn’t be happening. Not in the US, not anywhere.”

CAIR (Council For American Islamic Relations) denounced the FGM arrest of the Muslim doctor by claiming that the Female Circumcision (should not be called FGM) is a strict Islamic practice and must be allowed as per the Freedom of Religion provision in the US Constitution. 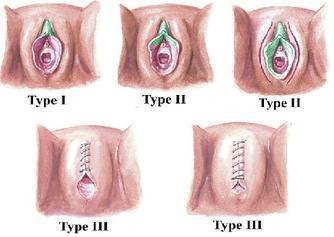 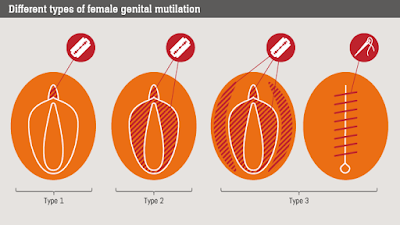