Muslims’ Refusal To Vaccinate Spreading Measles In US

An outbreak of measles is sweeping through a community of Somali refugees in Minnesota and the growing number of cases may be starting to test the limits of the Hennepin County healthcare system.

According to reports from the health commissioner’s office, there are now 30 cases of children in Hennepin County who have been diagnosed with measles, and 28 of them are Somali children who have not been vaccinated. All of the cases involve children 5 years of age and younger.

What’s worse, the outbreak has now spread to Ramsey and Stearns counties, where two more cases have now been reported, making a total of 32 cases in Minnesota as of 1:15 p.m. Friday. The first Minnesota case was reported in March and has been steadily growing each week.


It is the worst measles outbreak in Hennepin County, which includes the city of Minneapolis, since 2011, when 26 cases were reported. That outbreak also involved unvaccinated Somali children.

“Eleven of the 30 children have been hospitalized,” Doug Schultz, spokesman for the Minnesota Department of Health, told WND. He said he did not know how many of those cases have required intensive-care treatment. “But it wouldn’t surprise me if there were some,” he said.

WND received unconfirmed reports Friday that pediatric cancer treatments at Children’s Hospital Minneapolis were postponed Thursday due to the presence of measles patients at the hospital. The parents of the cancer patients either “opted out” of their treatments when they were told of the measles outbreak, or had their treatments postponed, a healthcare worker told WND.

Asked if any other Hennepin County healthcare services were being affected by the measles outbreak, Schultz said he could not answer that. “That’s a good question. I think probably I’m not the best one to speak to that,” he said.

He referred WND to Khris Ehresmann, the infectious disease division director at the Minnesota Health Department. She did not immediately respond to WND’s inquiry Friday. Last week Ehresmann told the Star-Tribune the state’s health laboratory is testing additional samples for measles and she expected the case count would rise.

“Whenever you have an outbreak in unvaccinated kids, measles just has a field day,” Ehresmann said. “That is what is happening here. This outbreak is about unvaccinated children, not specific communities,” Health Commissioner Ed Ehlinger said in a statement.

Measles were declared eliminated in the United States in 2000, But Minnesota and other states see sporadic cases, typically linked to international travel and the influx of Third World refugees and asylum seekers. 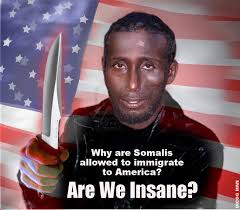 President Donald Trump included Somalia on his list of six countries he wanted to include in a 120-day pause in refugee resettlement, along with Syria, Sudan, Yemen, Libya and Iran. But his executive order to that effect has been blocked by federal district courts in Washington and Hawaii.

The U.S. imports between 5,000 and 11,000 Somali refugees per year and has been doing so since war broke out in that country 25 years ago. More than 132,000 Somalis have come to the U.S. as refugees since 1990, with the largest community being in Minneapolis, followed by other large enclaves in Columbus, Ohio, Seattle, San Diego, Atlanta, in Fargo, North Dakota, Sioux Falls, South Dakota, Portland and Lewiston, Maine, and Nashville, Tennessee.

Dr. Andrew Bostom, M.D., an academic internist specializing in general internal medicine who has also authored several books about the history of Islam, said Muslim communities often prove difficult to convince that vaccinations are appropriate for their children. “The case against vaccinations is first an Islamic one,” he said, citing a 2011 article by Dr. Majid Katme, spokesman for the Islamic Medical Association in the United Kingdom.

Most Somali refugees in US start out here, at the United Nations Daadab refugee camp on the Kenya-Somalia border. Between 5.000 and 11,000 per year are selected by the U.N. for permanent resettlement in the United States.

One of the first measles cases detected in the current outbreak began at Children’s Hospitals and Clinics of Minnesota, where doctors initially thought a child was having a skin reaction to an antibiotic, Patsy Stinchfield, a nurse practitioner specializing in infectious diseases at Children’s Hospital, told the Star Tribune.

In 2015, 134,000 measles-related deaths were reported worldwide. The last death in the U.S., where vaccination rates are generally high, was in 2015. Stinchfield said health officials stress vaccination against measles “because there is no medicine” that can cure it.

Hospitals try to stabilize patients by giving them intravenous fluids to counter dehydration. They are quarantined in special hospital rooms that prevent the virus from infecting others in the hospital.


Children’s Hospital Minneapolis is also following up with those who might have been exposed on campus to make sure none are vulnerable to contracting the disease, Stinchfield told the Star-Tribune. “The measles virus is one of the most highly contagious viruses that we have,” Stinchfield said. “It can be passed just by breathing so it is easily spread.” 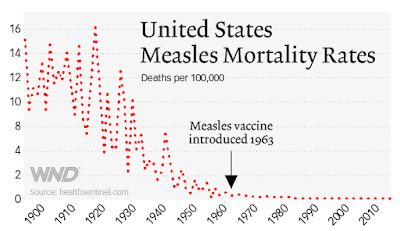 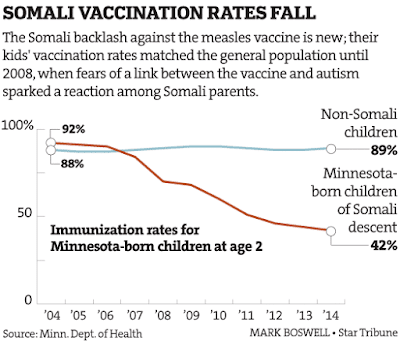