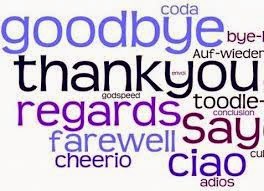 To continue on with my cousin’s story, he couldn’t eat that an egg a day ration and always brought the eggs back home for his two young kids. Every night his wife boiled the egg and cut it and gave each half to their half-starving kids.


Can you imagine the result of such starvation on our soccer players? They were so tiny and weak they couldn’t kick the ball to halfway line from the goal. Burma the celebrated Asian Champion once in the 60s and 70s was in the gutter by the 80s and 90s.

As a result of that starvation I weighed only 110 lbs on my small 5’-7” frame. My grandmother was a tall woman and my dad and his brothers were all six-footers. But we the next generation got horribly stunted by the serious shortage of food nationwide.

When I came out of Burma to food-abundant Thailand in 1985 I stuffed myself so much that I suddenly gained weight and hit 160 lbs in less than six months. After migrating to beef-mad Australia my weight went over 220 lbs in my first year here. Now I have to go to gym 5-6 days a week every week to keep my weight below 200 lbs.

I hate bloody Socialism and anything leftwing ideology and totalitarian political systems including that evil Islam, period. These bloody ideologues -- it don't matter whether they are Marxists or Socialists or Progressives or Islamists -- take away the liberty and people's freedom and in the process fuck the society real bad.

So I was happy when in 1988 Burmese army took over the nation and suddenly turned Burma to the right and implemented free market economic system. But to my surprise fucking America the so-called beacon of freedom and Capitalism gone mad and started imposing economic and trade sanctions demanded by that power-hungry bitch ASSK.

Our newly-reinvented Burma went nowhere for nearly 20 years because of those bloody US sanctions. So since then my purpose for living has been to fight against those unfair and unjust sanctions imposed against our Burma. I started writing for ANU’s New Mandala in 2008 and later in 2010 this very own blog just for that sole purpose.

Now Burma is the ASEAN Chair and President Thein Sein right now is receiving the world leaders in Nay Pyi Daw and our PM Tony Abbott is inviting him to the coming G-20 Summit in Brisbane. Our Burma is no longer isolated and all the sanctions are gone except some personal-sanctions imposed by that senile American Senator Mitch McConnell.

So I believe my work has been done and as I have so many other things to do with my trading business I will stop writing for my blog from today. I will not shut down this blog but I will stop posting all together. Thanks for reading my posts over the years. Good bye and farewell and God bless you all! 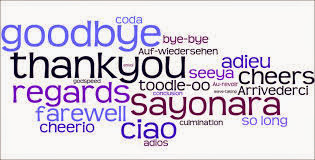