(Bertil Lintner’s article from the ASIA TIMES on 12 February 2021.)

CHIANG MAI – It is becoming abundantly clear that Myanmar’s military leader Senior General Min Aung Hlaing didn’t anticipate the youthful fury his democracy-suspending coup would spark. But the Generation Z-led street demonstrations now spreading across the nation have exposed just how out of modern touch the again-ruling generals are.

Min Aung Hlaing looked tense and anything but confident when he made his first TV address to the public on February 8 at the same time as huge demonstrations swept the country. These are vastly different from those in 1988, when soldiers managed to suppress a pro-democracy uprising by spraying automatic rifle fire into crowds of unarmed demonstrators. They are also different from 2007 Buddhist monk-led Saffron Revolution, where soldiers again used bloody suppression to put down a similar popular movement.

Generation Z members are often described as “digital natives” known for their social media and internet-savvy. They can not only get around government blocks on news, but can also organize mass movements with the help of pro-democracy activists in Hong Kong and Thailand, with whom they communicate daily. 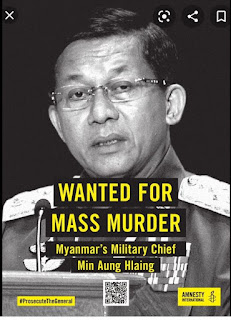 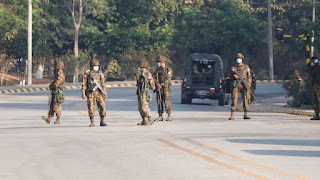