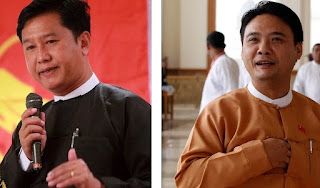 Sentenced to death in secretive trials in January and April, the men were accused of helping a civilian resistance movement that has fought the military since last year's coup and bloody crackdown on nationwide protests.

Among those executed were democracy campaigner  Kyaw Min Yu, better known as Jimmy, and former lawmaker and hip-hop artist Phyo Zeya Thaw, an ally of ousted leader Aung San Suu Kyi. The two others executed were Hla Myo Aung and Aung Thura Zaw. State media said "the punishment has been conducted", but did not say when, or by what method. Previous executions in Myanmar have been by hanging.

Father of al-Qaeda Terrorist Deported From US 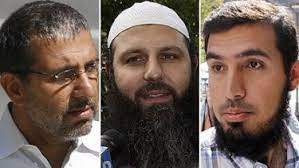 Mohammed Wali Zazi, 66, was convicted of visa fraud, obstruction of justice, and conspiracy to obstruct justice in February 2012. Zazi entered the United States Aug. 8, 1990, and became a naturalized citizen, Oct. 23, 2007.

A U.S. District Judge for the Eastern District of New York convicted Zazi for conspiracy to obstruct justice, obstruction of justice, and visa fraud Feb. 10, 2012. He was sentenced to 54 months in federal prison.

Myanmar is in conflict freefall, as the State Administration Council (SAC) junta regime fights a myriad of proliferating resistance groups on fronts across the country, many galvanized to arms by the military’s democracy-toppling February 2021 coup.

Fighting in western regions such as Sagaing, Magwe and Chin State has surged in recent months, as scores of People’s Defense Forces (PDFs) ambush military columns and battle pro-SAC militias.

The military, in turn, has pulverized civilian villages with air strikes, heavy artillery and army columns in expeditionary arson campaigns that have destroyed close to 20,000 houses, by some estimates. Internal displacement in the country, meanwhile, has surpassed one million.