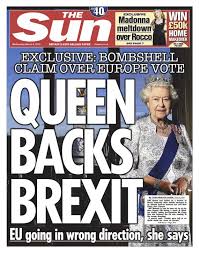 Brexit is an escape from a failed and frightening Europe. In May, on a trip to London, almost every couple I met said they were in a mixed marriage. Their division was not over religion, or over party — rather, it was over Brexit, the referendum vote in the United Kingdom that takes place this week.

The results will determine whether Britain remains a member of the European Union, the financial amalgamation of 28 countries very loosely modeled on the United States’ domestic economic structure — or departs from it after 41 years.

A conservative thinker I know was passionately in favor of Britain exiting the European Union. His support for “Leave” centered on his understanding of his country’s ancient nationhood and how its sovereignty is slowly being eroded to nothing by the heavy hand of the central European Union bureaucracy based in Brussels.


His wife, a leading businesswoman who shares most of his politics, was as passionately against Brexit as her husband is for it.

She viewed Brexit as a danger because it will ignite trade hostilities with the rest of Europe and even the United States — since President Obama traveled to London in April and threatened the UK that a Brexited Britain would “go to the back of the queue” when it comes to future trade agreements with America. (Yes, he used the word “queue,” just to give it that extra dollop of locavore menace.)

Another friend, a freelance maker of television commercials, supported Brexit because it will weaken the British pound against the Euro and therefore make her bids for jobs more competitive. Her husband, a writer and intellectual, worried that the move is just too destabilizing and risky and so was inclined against it.

Their 22-year-old son said he didn’t feel comfortable making the choice but said his friends were against Brexit because they feared their free movement through the continent with train passes would be stymied.

And so it went. You might say that the entire Conservative Party is now a mixed marriage—with Prime Minister David Cameron advocating that Britain remain in the EU, and his likely someday successor, the brilliantly flamboyant Boris Johnson, leading the charge to leave.

When I was there, it looked as though Cameron had pulled off a coup by scheduling and framing the Brexit vote as he had. He wants Britain to stay in, but many of his Conservative Party’s natural constituents have been tempted to join the upstart UKIP — and to win their support in the 2015 election, he promised to bring Britain’s membership in the European Union to a vote. So he went to Brussels and spent a week supposedly negotiating new and more favorable terms for Britain and then announced there would be a vote on June 23. 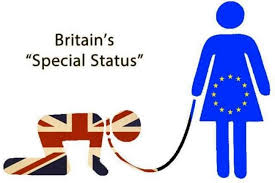 Staying in the EU became the default position of the cognoscenti. Jeremy Corbin, the neo-Marxist clown who opposed the EU most of his career before becoming head of the opposition Labour Party last year, joined Cameron in supporting “Remain.” The polling was strongly in Cameron’s favor, but he took nothing for granted and inaugurated a campaign his opponents called “Project Fear.”

Daily warnings about the dreadful fate awaiting Britain should it exit the EU came out of 10 Downing Street, capped by Obama’s threat.

And then something funny began to happen. The people of Britain began to change their minds. Nightly television debates of very high quality made it clear that the supporters of Brexit were serious, thoughtful and analytical — and that it was those arguing to remain who were more likely to erupt in unreasoning anger and simply accuse their rivals of bad faith or evil.

Those who want Britain to leave are accused of romanticizing a long-lost past in which Britannia ruled the waves. But what voters in Britain discovered was that the Brexiters are actually making an argument about the future — and using highly disturbing information and data from the present moment to bolster their case.

The case is simply that Europe itself is in danger of a slow-motion collapse due to a perfect storm of troubles and that Britain should extricate itself from the EU’s suffocating embrace before it’s too late.

The financial troubles in southern Europe are forcing the better-off countries of the EU like Britain to subsidize the socialist fecklessness of Greece and others — and the Brexiters warn this problem will only accelerate.

“It became harder to argue,” writes English commentator Douglas Murray, “that economic union brought the continent together when the 2015 visits of German Chancellor Angela Merkel to a bankrupt Greece were routinely interrupted by mass protests depicting her as the Fuhrer.”

Meanwhile, the rash decision of Germany and others to take in millions of migrants from Syria will inevitably give those unscreened migrants access to Britain owing to the so-called “Schengen rules,” which allow residents of EU member countries unlimited border-crossing rights. 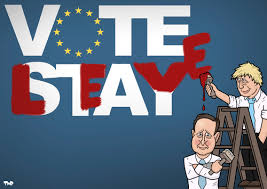 The threat of terrorism looms large. Murray again: “The free movement of people may be a joy for a Parisian who wants to head to Belgium for the weekend, but it also allows a jihadi from Brussels to head to Paris for the night” — as the planner of the attack on the Bataclan nightclub did in November.

Meanwhile, Project Fear was either ineffectual or was backfiring, typified by Cameron’s assertion that supporting Brexit was a form of “isolationism” that betrayed the greatest moments in Britain’s historic relations with the continent — “Trafalgar, Waterloo. Our country’s heroism in the Great War. And most of all our lone stand in 1940.”

The historian Andrew Roberts, who is an old friend of the PM’s, went ballistic in response: “In every single one of the historical cases the Prime Minister mentioned,” Roberts wrote, “it was an independent and sovereign Britain that” saved Europe from itself, and not a Britain that was integrated politically and economically with Europe. Roberts dubbed Cameron’s fearmongering “cod history, absurd conjecture, total non sequiturs and one straight-forward untruth.”

In a very dramatic fashion, at the end of May, Remain began to sink and Leave began to rise. Remain lost its 10-15 point lead, and with the vote looming on Thursday, Brexit is leading 48 percent to 43 percent in the Financial Times’ poll of polls.


Now, polling in the UK has been notoriously bad in recent years — it missed Cameron’s 2015 victory and got another referendum, on Scottish independence, wrong as well. And my friends in Britain on the Brexit side seem still to expect that in the end, fear of the unknown will defeat their cause. Which would be good for their marriages, maybe, even if not so good for Britain’s future. 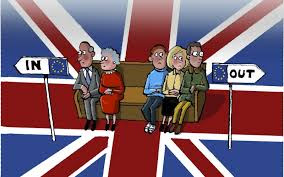