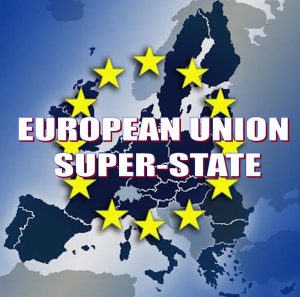 The totalitarian proposals will strip the sovereignty of member states and the ability to have an army. The criminal law system and central banks will also be removed and run by bureaucrats in Brussels. Additionally, member states will lose control of their borders and procedures on admitting and settling migrants.

“Our countries share a common destiny and a common set of values that give rise to an even closer union between our citizens. We will therefore strive for a political union in Europe and invite the next Europeans to participate in this venture,” a preamble to the document states.


The drastic measures will be presented during a meeting of the Visegrad group by German Foreign Minister Frank-Walter Steinmeier later today. The Visegrad group consists of Poland, the Czech Republic, Hungary and Slovakia.

“This is not a good solution, of course, because from the time the EU was invented a lot has changed,” complained Polish Foreign Minister Witold Waszczykowski. “The mood in European societies is different. Europe and our voters do not want to give the Union over into the hands of technocrats. Therefore, I want to talk about this, whether this really is the right recipe right now in the context of a Brexit.”

The super state proposal is a response to rumblings in Europe, Scandinavia, and France to depart the union. It will likely arouse further Euroskepticism. 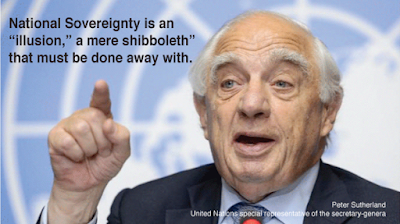 Kremlin Gets Flashback of Soviet Collapse in Brexit Fallout

The upheaval in the U.K. after its Brexit referendum in favor of leaving the European Union has similarities to the 1991 collapse of the Soviet Union, according to Russian President Vladimir Putin’s spokesman.

While it’s “unreasonable to draw direct parallels,” it’s obvious that the U.K. is going through a “turbulent, confusing and unpredictable period,” Dmitry Peskov told reporters on a conference call Monday. Russia “has gone through the collapse of the Soviet Union and many generations clearly remember the period of the Soviet collapse, that period of uncertainty.”

Russia’s recalling the trauma of the end of the Soviet Union as the U.K. wrestles with the consequences of becoming the first member state to choose to leave the EU, casting a shadow over the bloc’s future existence. The USSR was dissolved in December 1991, more than 18 months after Lithuania led the Baltic republics in declaring independence. The Baltic states of Estonia, Lithuania and Latvia joined the EU in 2004 and all three have since adopted the euro as their currency. Putin called the Soviet collapse “the greatest geopolitical catastrophe” of the 20th century in 2005.

The ruble rallied the most among emerging-nation currencies, following oil on Monday, paring its sharpest drop in two months on Friday, when the shock referendum result hammered markets globally. It traded 0.4 percent stronger at 65.3533 per dollar at 3:29 p.m. in Moscow.

In the “current fragile situation, one black swan can pull others along with it,” Russian Finance Anton Siluanov said Friday in Moscow, referring to the economic impact of rare unpredictable events. Russian policy makers should be ready for negative scenarios in the global economy, he said.

The Kremlin is following events closely because of potential economic consequences, though there are “more questions than answers” now, Peskov said. Russia has often urged the U.K. to restore ties in recent years, and it will work to maintain good relations with the EU since it has an interest in a “stable, fast-developing and predictable” Europe, he said. 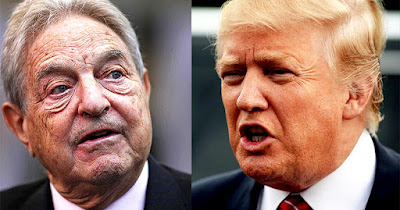 Trump, Soros Both Predict Disintegration of EU After Brexit

While they reside on polar opposites of the political spectrum, GOP nominee Donald Trump and elitist investor George Soros have both predicted the complete downfall of the European Union.

The two billionaires both independently declared that they believe a domino effect has been started by Britain’s decision to leave the EU, and the the process will be difficult for anyone to stop. “Now the catastrophic scenario that many feared has materialised, making the disintegration of the EU practically irreversible,” Soros said in a statement. Soros even suggested that the UK itself “may not survive”.

“The consequences for the real economy will be comparable only to the financial crisis of 2007-2008,” the investor, who was said to have profited massively from the referendum. Soros suggested that Europe as a whole faces economic disaster. “Tensions among member states have reached a breaking point, not only over refugees, but also as a result of exceptional strains between creditor and debtor countries within the eurozone,” he said.

Soros also intimated that the fear of total economic chaos will drive people into the arms of globalists pushing for political and cultural homogenization. “I am convinced that as the consequences of Brexit unfold in the weeks and months ahead, more and more people will join us,” Soros said.

“After Brexit, all of us who believe in the values and principles that the EU was designed to uphold must band together to save it by thoroughly reconstructing it.” the elite leftist declared.

Still on business in Scotland, Trump also predicted the complete break up of the EU, and also warned that the continent would become unrecognisable within ten years if strict immigration controls are not enacted.

“The people have spoken. I think the EU is going to break up. I think the EU might break up before anybody thinks in terms of Scotland.” Trump said in an interview with The Times. “I really think that without the immigration issue [the EU] wouldn’t have had a chance of breaking up … the people are fed up, whether it’s here or in other countries. You watch: other countries will follow.” Trump added.

Trump said he advocates creating safe zones in the home countries of European migrants. “You’re going to have to. You cannot allow this to happen to Europe. It would be so much easier for me to tell you: ‘Oh, I’d accept them with open arms,’ but Europe is not going to be recognisable in 10 years.” the GOP nominee said.

Trump also pledged to prioritise Britain should he become US president, unlike the “negative” Barack Obama, who warned that Britain would be sent to the back of the queue as far as trade deals with the US are concerned.


Trump did warn against the break up of the UK, with Scotland potentially staying in the EU. “One thing I have to say about Scotland is they have to be careful. The oil price is down and those [Scottish revenue] numbers are a lot different when the oil prices are down.” he said. 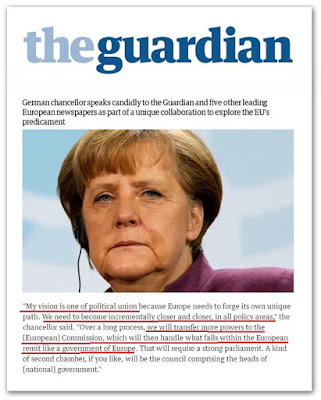 THE EU has unveiled plans to morph the continent’s countries into one giant superstate just days after Britain voted to leave the EU, it is claimed. EU Blueprint calls for closer cooperation for army, banks and legal systems.

Foreign ministers from France and Germany presented the radical proposals to do away with individual member states’ armies, criminal law systems and central banks, it has been reported.

The blueprint suggests the 27 states in the bloc would also lose what is left of their paltry powers to control their own borders, including the procedure for admitting and relocation refugees, according to reports by Polish media. Instead all powers would be transferred to Brussels under the controversial plans.

In a foreword to the nine-page report seen by the Daily Express, German Foreign Minister Frank-Walter Steinmeier and his French counterpart Jean-Marc Ayrault said: “Our countries share a common destiny and a common set of values… that give rise to an even closer union between our citizens. We will therefore strive for a political union in Europe and invite the next Europeans to participate in this venture.”

The plans have been branded an “ultimatum” designed to create a European “superstate dominated by large nations” by Polish state broadcaster TVP. Poland’s Foreign Minister Waszczykowski said the plans come across like an ‘ultimatum’.

Poland’s foreign minister Witold Waszczykowski said: “This is not a good solution, of course, because from the time the EU was invented a lot has changed. “The mood in European societies is different. Europe and our voters do not want to give the Union over into the hands of technocrats.” Poland had always been an ally of the UK’s when it came to fighting creeping federalism in the EU.

The spectre of an EU army was raised by Brexiteers as a reason to quit the EU. In the wake of a vote for Brexit, EU chiefs have been more brazen about their desire to form an EU army. In a document titled ‘EU Global Strategy on Foreign and Security Policy’, Europe’s chief diplomat said the Brussels bloc must be able to “repel, to respond and to protect”.

While the paper stops short of explicitly calling for an EU army, it does suggest its members should work more closely on defence matters. The paper states: “We, as Europeans, need to take on a greater responsibility for our own security. We need to be ready and able to repel, respond and to protect ourselves against aggression, provocations and destabilisation.”