Legacies of the coup: No jobs, rising prices and all-out war: More than a year since the military pushed peaceful protests toward armed resistance, there is no visible end to Myanmar’s expanded civil war.

First, they marched in the streets. Then, they walked off their jobs. Now, they’ve picked up arms. On February 1, 2021, Myanmar’s military – despite already being in control of several key ministries and holding de facto veto power over any amendments to the constitution it wrote and implemented – decided it had tired of quasi-democracy and staged a coup d’etat.

The people of Myanmar, no strangers to military dictatorship, decided virtually unanimously that they could not accept this. In the weeks following the coup, the entire country erupted in street protests attended by millions. Hundreds of thousands of public servants walked off their jobs, refusing to work for a military-controlled government and bringing nearly all administrative functions to a halt. 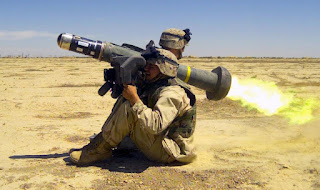 How do anti-tank missiles work, and how helpful might they be for Ukraine's soldiers? Ukraine's allies have sent some 17,000 anti-tank weapons into the battlefield, in a bid to help fighters bog down the Russian offensive.

Both are relatively lightweight, shoulder-fired missiles which — although they won't completely turn the tide of the war — have so far proven valuable in what is otherwise a highly asymmetrical conflict. So how do the missiles work? And what makes them so helpful for Ukraine's defence?

Putin Has Parkinson and MAH Has Bone Cancer?

(Based on the staff articles from the Facebook posts in March 2022.)

Questions have been repeatedly raised about Mr Putin's motives. Some senior Western political figures are suggesting he has a mental health issue.

Current vice-chair of the US Senate Intelligence Committee, Senator Marco Rubio, suggested last week that Mr Putin had a "neurological" condition, backing that up just days ago by telling CNN: "It's not a curiosity, it's not to mock him or troll him, it's because he may be willing to take steps now that the old Vladimir Putin would not."

Several years ago it was suggested Mr Putin had the early stages of Parkinson's disease. "That led to a group of one or two very distinguished neurologists examining very carefully all the recent tapes of Putin being interviewed," Sir Richard said. 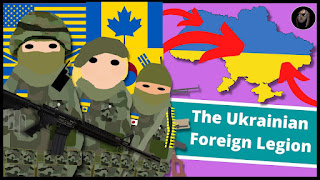 Foreign fighters gather in Ukraine to support Volodymyr Zelenskyy's international legion against Russia: Michael Ferkol, who once served as a supply specialist with engineer battalions in the US Army, had been in Rome studying archaeology when he heard the Ukrainian President's appeal for foreign fighters.

Within days, Mr Ferkol said, he presented himself at a military recruiting office in the western Ukrainian city of Lviv, hoping to be taken on as a frontline paramedic. "I told them I wanted to triage patients," said the 29-year- old, who has no combat experience. "There was a Finnish guy there too, and he was like, 'I just want to kill Russians.'"

Ukraine has established an "international" legion for people from abroad and President Volodymyr Zelenskyy has publicly urged foreigners to "fight side-by-side with Ukrainians against the Russian war criminals" to show support for his country. Last week, Mr Zelenskyy said more than 16,000 foreigners had volunteered, without specifying how many had arrived. 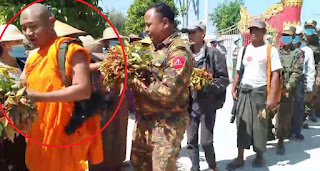 Notorious for their brutality during 1950s and 60s fighting against Burmese Communists and ethnic rebels, the thuggish militia based mainly on village thugs and idiots were disbanded and absorbed into the regular army in the late 1960s.

But the newly reorganized Pyu-saw-htee militia now is strangely led by that notorious racist monk Wirathu and his follower monks and their militia units are now being camped and trained in local village monasteries.

Sign Putin could use Russia’s nuclear weapons on Ukraine: Putin’s erratic, deranged, “unhinged” and like a “cornered rat” – now this “dangerous moment” could become a lot more frightening.

An analyst from the Royal United Services Institute (RUSI) told Reuters on Wednesday (March 2) that Russia was switching to more "brutal tactics” after describing its invasion of Ukraine as a 'poorly executed operation’.

When it comes to Russian President Vladimir Putin, it’s time to expect the unexpected. And that – leading analysts say – applies to nuclear weapons. They said he couldn’t. Then they said he wouldn’t. But he could and has. Repeatedly.