(Namita Kholi’s article from the HINDUSTAN TIMES on 26 February 2017.) 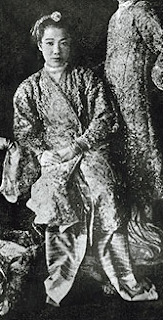 (Burmese Princess Su Myat) Phaya Gyi, 26, had managed to hide her love affair with the “strapping young Maratha” Gopal Sawant for several months. It was only after the birth of their daughter, Tutu, that her parents learnt of the alliance. How could this be, they lamented – she, a princess, and he, a mere gatekeeper at the royal residence?

All stories start with a king. This one, however, must begin with a princess. A princess of ‘pure’ royal blood; born out of a marriage between a king and his step sister; a princess with kohl rimmed eyes, long, straight hair, and a heart full of sorrow and longing.

This princess was the eldest daughter of King Thibaw, the last king of Burma, who was exiled by the British in 1885. The royal family – the king, his two queens, and four daughters – were banished to the coastal town of Ratnagiri in Maharashtra. Thibaw, or “Thiba Raja”( as the king was known locally) lived here for over three decades. He died in 1916, and was entombed with his junior queen.

By 1919, however, the royal family left for Myanmar, never to turn back. Except Princess Phaya, who pleaded (to British) to be sent back. Eventually, despite the royal family’s opposition, Phaya and her “half-caste” daughter, Tutu, were sent back to Ratnagiri, where the two lived for the rest of their lives. So why is the town having a hard time remembering its princess? 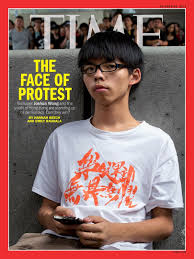 “I Am Not A Hero”: For the past three months, the people of Hong Kong have faced off against the government of China. Pro-democracy protesters have been engaged in civil unrest on a sweeping scale, while in response Beijing has pushed back with ever increasing force.

So far, neither side has been willing to back down. Images of marches, rallies, hastily assembled barricades and increasingly tense clashes flood our news feeds every day. In June, a demonstration attended by almost two million people brought the city to a standstill. The following month, protesters stormed, occupied and tore apart the city’s legislative council offices.

A month ago, Hong Kong airport, one of the ­busiest in the world, was taken over and shut down by peaceful demonstrators who flooded the departure area and caused flights to be cancelled for two days. More recently, 1.7 million people braved thunderstorms to take to the streets.

(At the beginning there were only two types of people the Jews (chosen-ones) and the Gentiles (non-Jews). Many Jews, but not all Jews, were the original believers and followers of Lord Jesus of Nazareth. Well after Jesus’s death by crucifixion and his resurrection one of the apostles, Peter, famously baptised Roman Centurion Cornelius  and his Gentile household with Holy Spirit as guided by the Lord in Peter’s and Cornellius’s visions through Lord’s angels. The events were recorded in Bible’s Acts 9, 10, and 11.) 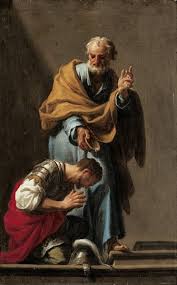 Acts 9, 32 As Peter traveled about the country, he went to visit the Lord’s people who lived in Lydda. 33 There he found a man named Aeneas, who was paralyzed and had been bedridden for eight years. 34 “Aeneas,” Peter said to him, “Jesus Christ heals you. Get up and roll up your mat.” Immediately Aeneas got up. 35 All those who lived in Lydda and Sharon saw him and turned to the Lord.

36 In Joppa there was a disciple named Tabitha (in Greek her name is Dorcas); she was always doing good and helping the poor. 37 About that time she became sick and died, and her body was washed and placed in an upstairs room. 38 Lydda was near Joppa; so when the disciples heard that Peter was in Lydda, they sent two men to him and urged him, “Please come at once!”

39 Peter went with them, and when he arrived he was taken upstairs to the room. All the widows stood around him, crying and showing him the robes and other clothing that Dorcas had made while she was still with them.