(Translated article direct from the Opposite Eyes Blog on December 1, 2013.)

In year 2008 Soe Myat Thu Zar was the top-earning movie actress famously dubbed as The Princess of Ads for her ubiquitous billboard and full-page magazine advertisements all over Burma. She became addicted to Yaba pills and notorious in the movie industry in late 2000s.

In April 2008 she was taken in for a long and torturous interrogation in Rangoon by Burma Police’s Special Narcotic Squad officers. There in an interrogation room inside Rangoon-East Narcotic offices she eventually confessed of her serious Yaba addiction to two police officers, one was the most senior female officer.

Following is the translated original transcript of her confession to the narcotic-suppression police on April 30, 2008. The transcript was leaked on a Face Book account of a former senior Burmese army officer who was abruptly dismissed recently from the army after the top brass discovered he was a closet-Muslim holding a hidden hatred against Burmese Buddhists.

16. I am a Rangoon native and the eldest of four siblings. I finished my Kindergarten to Grade-4 at Kha-la-ya (6) battalion primary school, Grade-5 at Mhawbi Army Middle School, Grade-6 to Grade-10 at Tavoy’s State-High-School No-1, and studied till my last year at the Distant University (Rangoon). I became a movie actress in 1989. In 2000 I got married to U Myo Min (son of U Chit Ko) who lives in the city of Salem in the State of California in USA. My husband then was working as an accountant for ABERY Company and he also had restaurant business there. We first lived in Salem City for about three years. We then moved to Los Angeles and opened a Malaysian restaurant there. My husband’s families were living in Las Vegas City. We also had another restaurant there.

17. After I got married to Ko Myo Min I came back to Burma first time in May 2003 and second time in September 2005 to attend my kid sister Soe Myat Nan Dar’s wedding. That time I’d stayed about four months here and then went back to the United States. I stayed only two weeks there in America and came back home just before Thingyan Water Festivals in April 2006. From 2006 to 2008 I travelled back and forth between US and Burma at least four times. I finally came back here for good on March 22, 2008. Out of all my trips my husband came along only twice on September-2005 and September-2006 trips. Whenever I came back home I always stayed with my parents at their Rangoon 9-miles house. 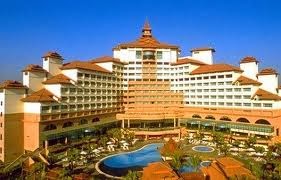 18. I still remember the very day I smoked my first ever Yaba pill. It was January-1 the New Year Day of 2006. There was a New Year Day Concert in Rangoon’s Sedonar Hotel that day and me and my friends Htu Mon and Myat Kaythi Aung checked into a room at the Hotel to watch that Stage-show. My friends were already Yaba users and they brought Yaba pills along that day. They also brought along straws and aluminium foils and bottled-water and whatever else needed to smoke Yaba pills. We three girls shared altogether 5 pills but I used only one that day.

Yaba connection between me and Actor Dway (a) Thar Gyi

19. In February 2006 me and actress Myat Kathy Aung and actor Dway went to May-myo (Pyin Oo Lwin) to film a movie there. During the filming we asked Dway for some Yaba as we’d already known he was a Yaba user and addict. He gave us some and also prepared the pills for us to use them together with him. After that trip whenever we wanted Yaba we just went to his place. Even for my use at home he gave me the pills at his cost price with no profit for him. From him a Yaba pill would cost me from 2,000 to 3,500 kyats only. 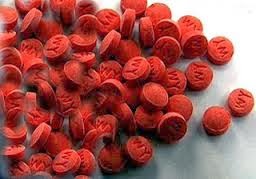 20. Sometime in year 2007 just before Dway’s death I had to call Dway who was away on a filming trip at Taung Gyi as I desperately needed to use Yaba. He then called Ma Phyo at Rangoon and asked her to call me. He also gave me Ma Phyo’s phone number. Later Ma Phyo called me and told me that Dway did call her and she also gave me her address as the brick house just next to Hnin-zi-gone Clinic in Bahan Township. As she told me to come get Yaba from her house I sent my boy-servant Ah-thay-lay with enough money to her house. I just told him that I was buying US Dollars from Ma Phyo. He went there and Ma Phyo gave him 50 Yaba pills in a large doubled-envelope. After that I kept on buying 50 pills at a time so many times from Ma Phyo. She charged me from 2,000 to maximum 4,500 kyats a pill.

21. At last when I told my sister Soe Myat Ka Lhyar that I was paying up to 4,500 kyats for a pill she said she knew someone who could sell me at only 4,000 kyats a pill. So me and my friend another movie actress Suu Darli bought a packet of 200 Yaba pills through my sister and we shared half and half. Later we might have bought at least three more times from my sister. I didn’t know where my sister got those pills from as I had never asked her. Last time I bought from her was a packet of 200 Yaba pills just before 2008-April Thingyan Water Festivals. That 200 pills I didn’t share with Suu Darli and I kept it all for myself. 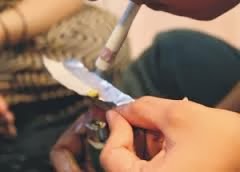 22. From that last packet of 200 pills from my sister I used some and the leftover was packed inside a suitcase with my cloths and sent to Kyaik-htee-yoe for my filming there. While I was at Kyaik-htee-yoe filming Ko Maik Tee the Director asked me to share some Yabas if I had some. So I gave him 50 pills. Actor Ko Lwin Moe in the same movie was also a Yaba user and he borrowed 10 pills from me. Next day he gave me back 10 pills as his Yaba supplier had arrived there with more pills. On the day I left Kyaik-htee-yoe to come back home our Director Ko Maik Tee asked me again for more pills so I gave him my last 10 pills. The reason I had to use Yaba pills constantly was in addition to my acting job I also wrote novels and film scripts. Yaba gave me constant energy to sit down long time and be able to write.

23. I’d been told that Aung Zaw Ye Myint had easy access to Yab sources and I could always get any drugs including Yaba from Aung Zaw Ye Myint if I could visit his office or apartment as he always had plenty of drugs there. His drugs were not for sale though as he would share freely at home with his friends, business acquaintances, officials, and attractive girls returning sexual favours to him.

24. As far as I know following people from our movie circle are using Yaba. 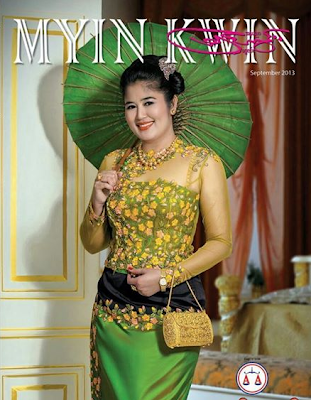