After receiving the thanking-presents from the ceremony-organizing committee our three women activists had each delivered their lectures on women rights and Ah-myo-zount Act to the attending audience. The ceremony concluded at 5 pm. Most of the more than 1,000 audience are Burmese-Buddhist women.

Three women activists are delivering another public lecture on December-31 at Htee-thone-zint Shew-myin-meet Pagoda’s Aung-min-galar Hall in Meihktilar City. According to our Shin Wirathu the most famous nationalist monk in Burma, Ah-myo-zount act is as important for the people as the amending the 2008 Constitution is for Burma’s democracy. 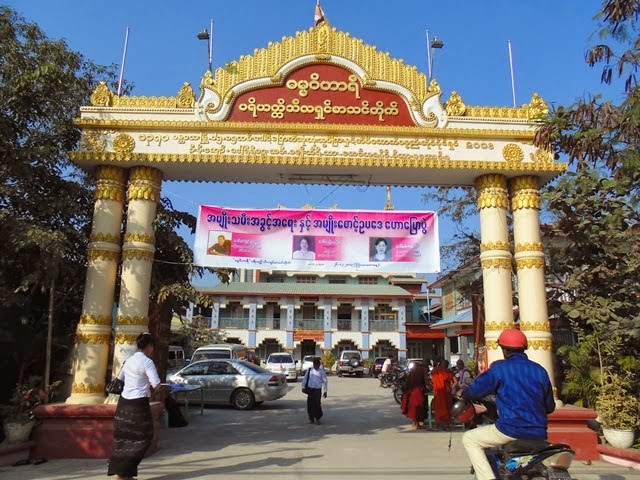 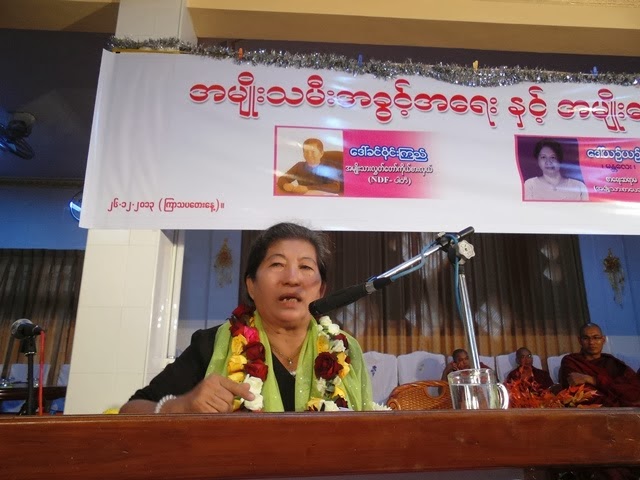 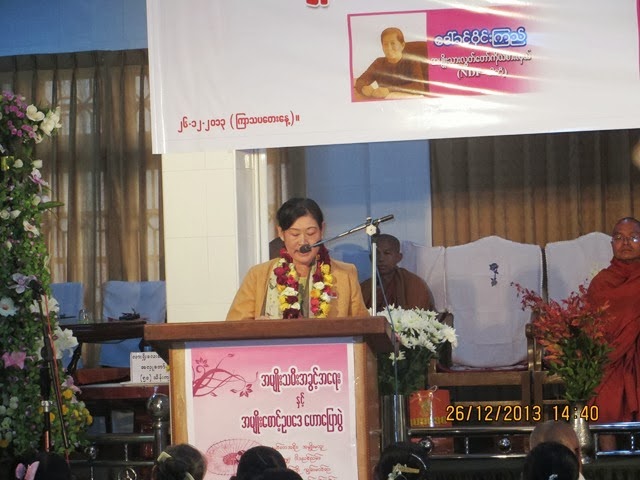 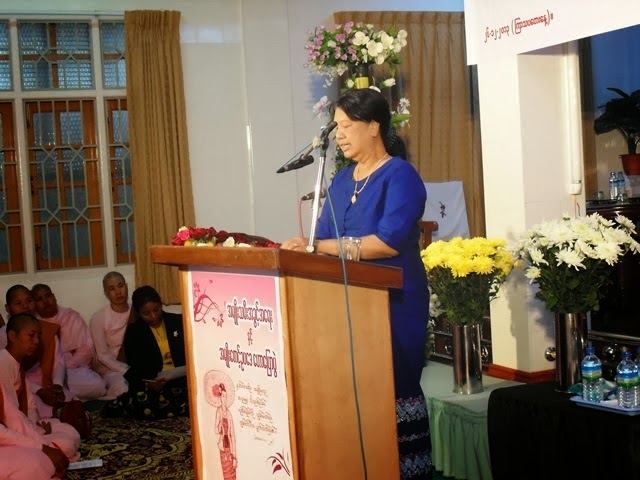 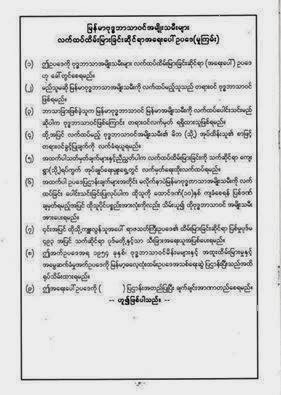 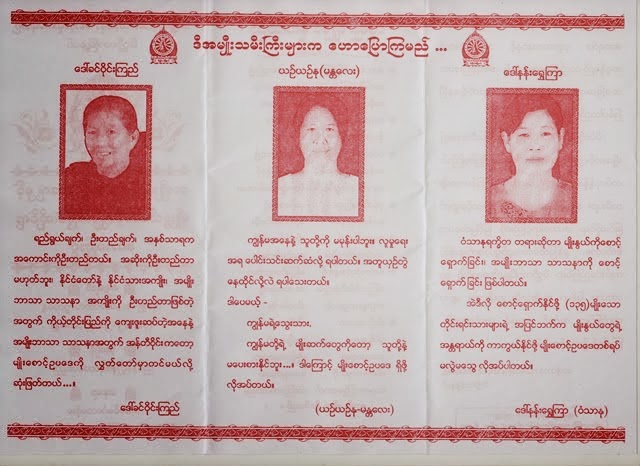 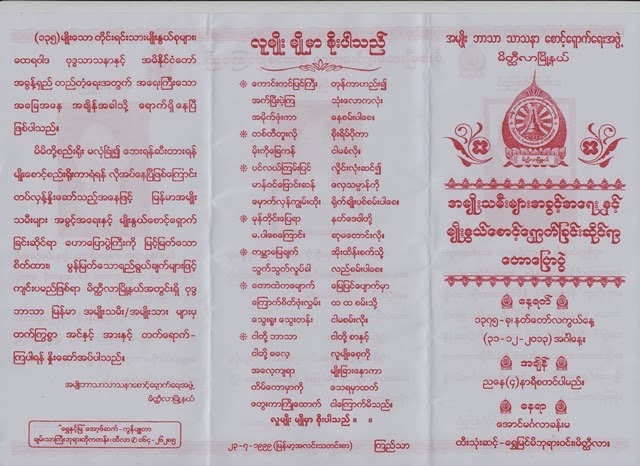 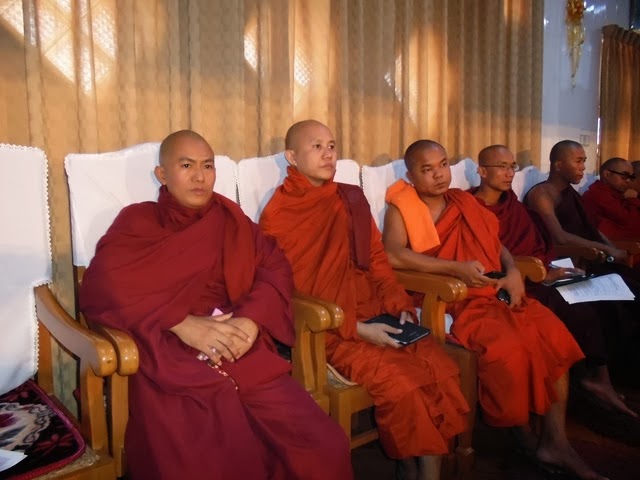 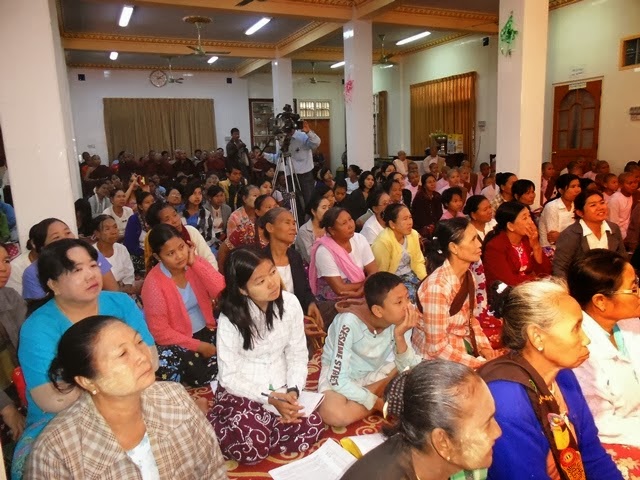 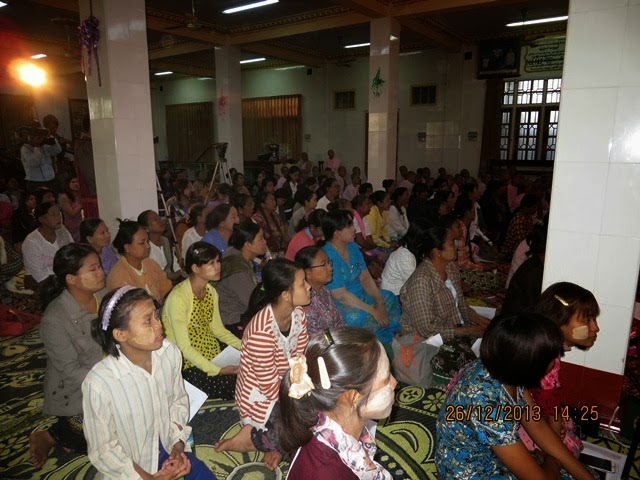