(News articles and photos direct from the Daily Telegraph on December 10, 2013.) 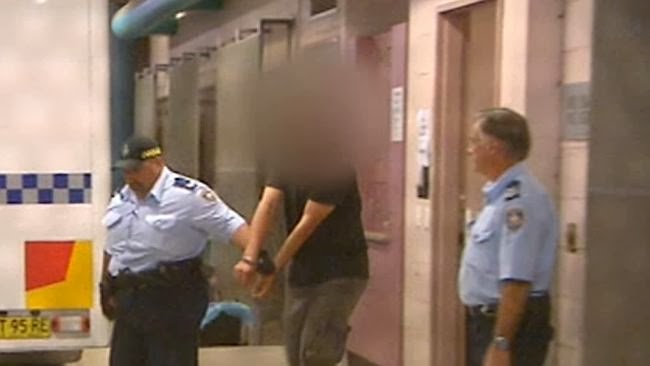 AN Afghan asylum seeker who has been in Australia for less than six months has had his bridging visa revoked after being accused of groping a group of teenage girls at the Sydney Olympic Park Aquatic Centre.

Mohammad Salem Nazari, 33, is accused of indecently assaulting seven girls in the Rapid River Ride whirlpool at the popular swimming pool in a 25-minute period after 4pm on Sunday.

Nazari, who was living in a Parramatta unit and is from the Hazara ethnic group in Afghanistan, is the 31st asylum seeker facing criminal charges to have his bridging visa cancelled under tough new rules announced by the Coalition government in October.


The girls reported the alleged groping to pool security and after police reviewed CCTV footage, Nazari was arrested and taken to Auburn Police Station. Nazari is facing five counts of indecent assault of a person under 16 years of age for five girls, two aged 14 and three 15, which carries a maximum 10-year jail term.

He also faces two counts of assault with an act of indecency for two 18-year-olds, which carries a five-year maximum term. His Legal Aid lawyer Peter Allport told Burwood Local Court yesterday his client spoke no English and required a Dari interpreter. Dari is a Persian language spoken in Afghanistan, one of the country's two official languages.

The case was adjourned until tomorrow so an interpreter could be present and Nazari was refused bail. Immigration staff interviewed Nazari yesterday while he was in custody. Immigration Minister Scott Morrison's office confirmed Nazari's visa had been cancelled and court papers said he was the "subject of an immigration hold" should he be granted bail.

This would mean if he is granted bail by the court he would go into immigration detention while the case is heard as he has no visa to live in the community. 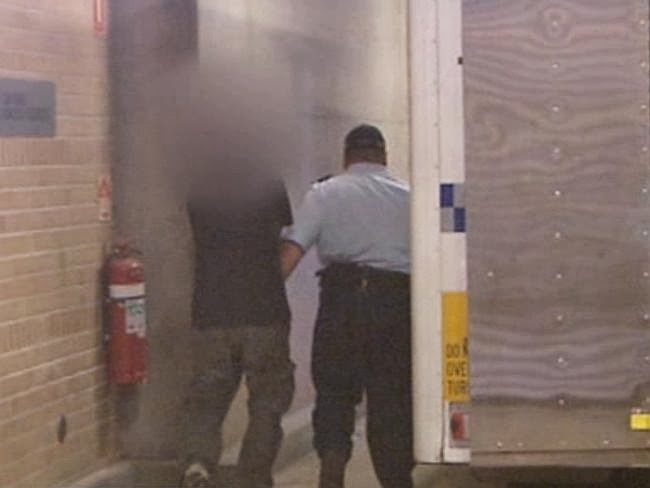 ALMOST 30 asylum seekers mostly Muslims released into the community have been charged with offences ranging from people smuggling to pedophilia and murder. The Coalition will launch a new behaviour crackdown for bridging visa holders and community detainees who will be automatically returned to detention if they are charged with an offence.

Under the previous government some asylum seekers remained in the community while facing charges with revocations considered on a case-by-case basis. Since the election ten asylum seekers of 14 who have had their bridging visas revoked since May have been returned to detention.

Another 14 asylum seekers in community detention have been returned since mid-2011 after being accused of serious offences. Most of the alleged offences have occurred in NSW with 11, four in Queensland and South Australia, three in Victoria, two in the ACT and the NT and one in WA.

He lost an appeal against the cancellation of his bridging visa in May. At a bail hearing earlier this year his lawyer said the 21-year-old denied the charges and that the case against him was weak. A court is yet to determine the case.

Mr Morrison said yesterday while the offences were not "disproportionate for these groups" with about 20,000 people in the community he would have a zero tolerance attitude for those who violate the trust given by granting them permission to live in the community."

"The escalating number of these serious offences is of great concern to the new government and we are putting strong controls in place," he said. "Visas are being cancelled for those charged and they are being taken back into detention."

The Coalition has also moved to provide address details of asylum seekers living in the community to police. State police and police unions had requested the information but were only provided postcodes under the previous government which attacked Mr Morrison's behavioural protocol policy.

Another asylum seeker was charged over the alleged indecent assault of a visually impaired woman on a Sydney train in July. 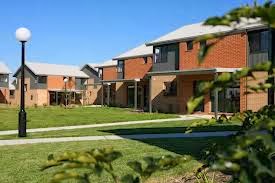