(News article and videos from BNI and NATIONAL REVIEW  on December 15, 2013.)

Now, at first I thought this was a hoax. But it appears it isn’t. Apparently an Islamist fellow writing into a Jihadi chat show wants to do “martyrdom operations.” The sheikh he talked to says they’ve got a great new technique to blow up infidels. We hide explosives up your butt.

There’s just one hitch. You’ve got to be repeatedly sodomized in order to be able to accommodate the explosive. So, the questioner wants to know if it is permissible for him to be regularly buggered, if doing so makes his posterior more amenable to hiding explosives.

The fellow on camera, Shiite cleric Abdallah Al-Khilaf, says that even though sodomy is forbidden if it is necessary for jihad, well, then it is required. Because jihad is the highest obligation.


Now, what I find hilarious here is that it never occurs to anyone that there might be some kind of technological work-around short of repeated sodomy. You know, maybe there’s a device or a technique, something that is a little less unpleasant, inconvenient or forbidden than straight-up buggery? Nope. Gotta go with the sodomy. The Saturday Night Live skit writes itself.

Jihadi: What if we make the bomb smaller?
Sheikh: What? That’s crazy. Sodomy is the only way.

Jihadi: Couldn’t I use replica of a male, well, you know. In private like . . .
Sheikh: Shh!  Let’s not even discuss it.


Australian and Indonesian Intelligence agencies strongly believe that Noordin Mohammad Top the poofter-terrosist was also responsible for 2002-October Bali-bombing which killed more than 200 including 88 Australians, 27 Britons, and 7 Americans.) 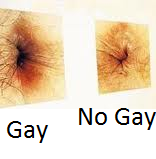 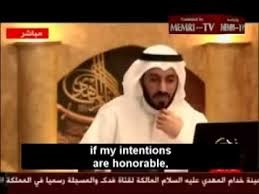