(News article and photos direct from Coral Arakan on November 29, 2013.)

Illegal Bengali-Muslims are now coming direct to Sittwe Township in Arakan from Bangladesh by boats. They have been building Bengali villages clandestinely on the shore just a few miles from Sittwe the capital of Yakhine State formerly known as Arakan.

Recently they have built two Bengali-Muslim villages bearing the names of their original villages in Bangladesh’s Taknaf district. Khan-bouk and Maw-chaw-karli. Now Maw-chaw-karli Muslim village already has more than 150 Muslim households within just one year of its establishment.

Their landing point or beach-head is at just half-a-mile from Pa-lin-byin Yakhine-Buddhist village at the west of Sittwe. That beach-site originally was a prawn-breeding farm owned by a Yakhine-Buddhist businessman from Sittwe.


Just a couple of years ago a group of Bengali-Muslims somehow took over the prawn farm and started using the site as their beach-head to smuggle Bengali-Muslims from nearby Bangladesh.

And the site conveniently is also a stream inlet where sea-going boats can take shelter safely and load/unload their human cargo of Muslims from Bangladesh across the Bay of Bengal. Since then the Muslim population in the area is growing like rabbits while the Buddhist population has come down substantially.

The whole remote area covering the villages of Zaw-pu-jar, Aung-daing, and Pa-lin-byin villages is controlled by the village-tract administrator Aung Kyaw Win who once was a henchman of Khin Maung Hla (a) Isutbai the Bengali-Muslim tycoon from Sittwe’s Nazi Ward. They have been involving in bringing in thousands and thousands of Bengali-Muslims from Bangladesh into Arakan for many years.

Because of the massive illegal entries the growth of Bengali-Muslim population is accelerating while the native Yakhine-Buddhist population is dwindling fast. Just two years ago Pa-lin-byin Yakhine village used to have more than 250 households, but now the village has only 110 Buddhist households.

From about 1,300 Bengali-Muslim families just last year the camp now has more than 1,800 families living in its confines. It wasn’t real surprising as there were more than 650 pregnant Muslim women and 350 Muslim women who had just had a baby when the camp statistics was collected last year.

Back then all the Yakhine-Buddhists villages in the area had only two pregnant Buddhist women and just two new-born Buddhist babies. Many Burmese honestly believe that there is a well-hidden international conspiracy behind such population unbalance between the native Buddhists of Burma and Muslim invaders from Bangladesh.

While Burma under the intense pressure from UNFPA has been aggressively forcing family-planning onto native Buddhist families many pro-Muslim NGOs like MSF (Holland) well known in Arakan as AZG has been aggressively encouraging Bengali-Muslim illegals in Arakan to breed as much as possible just to please their fundamentalist WAHABI donors from Saudi Arabia and OIC the Multinational-Muslim-Mafia.


The debilitating fear of native Yakhine-Buddhists constantly worrying about being swallowed whole by rapidly rising Bengali-Muslim population is frighteningly real. 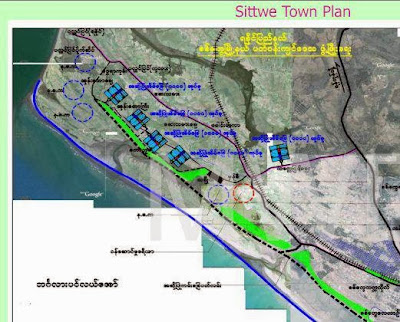 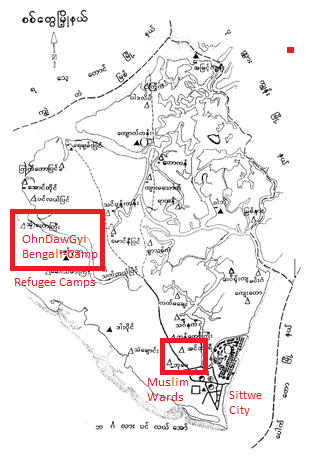 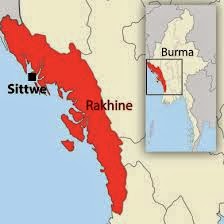