Al Ja-zebra Banned In Egypt and Its Journalists Arrested 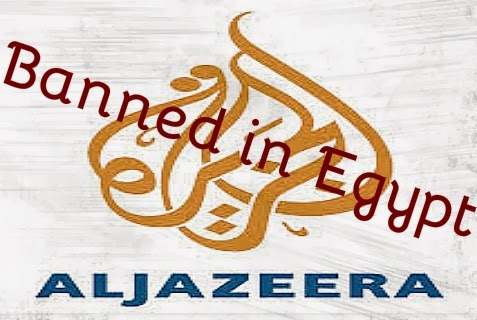 CAIRO: Four journalists working for Al Jazeera were detained in Cairo on Sunday night on charges of publishing information “harmful to national security” and meeting with the recently-banned Muslim Brotherhood.

The arrests are the latest event in a series of government crackdowns against press freedom, which have led to numerous arrests, detentions, closure of news outlets, and even deaths.  The Committee to Protect Journalists reported that six journalists were killed while working in Egypt this year.

A Ministry of Interior (MOI) spokesman confirmed that two journalists were arrested at the Marriott Hotel in Zamalek where the Al Jazeera news team was using two suites as a temporary base of operation.


The spokesman said police confiscated broadcasting and production equipment along with literature supporting a Muslim Brotherhood-sponsored student strike, and the MOI has claimed that the rooms were used to host meetings with the banned Muslim Brotherhood. Media sources indicate that the other two journalists were arrested from their homes.

The ministry also accused one of the journalists of being a Muslim Brotherhood member, but would not release his name, or the names of others arrested.

According to Al Jazeera, the detained journalists are Cairo Bureau Chief Mohamed Fahmy, Correspondent Peter Greste, Producer Baher Mohamed, and Cameraman Mohamed Fawzy. Gerste, a Peabody Award-winning Australian journalist, has previously worked for CNN, BBC, and Reuters.  Fahmy, a Canadian-Egyptian, is the author of two books and has also previously worked for CNN.  Mohamed and Fawzy are both Egyptian nationals. 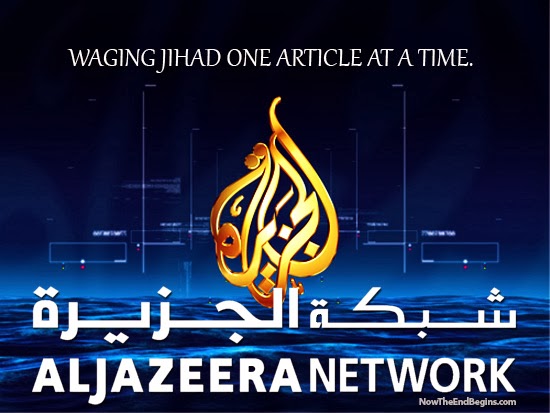 Australian embassy spokeswoman Nadine Fadallah said that the embassy is aware that an Australian citizen has been arrested, and it is providing consular assistance.  The Canadian embassy did not return a request for comment.

Al Jazeera, seen by many Egyptians as sympathetic to the Muslim Brotherhood, has been no stranger to government sanctions since Mohamed Morsi’s 3 July ouster at the hands of the military, including arrests, confiscations, and raids on their offices.

On 25 December, Egypt’s cabinet designated the Muslim Brotherhood as a terrorist group following the bombing of a police station in Mansoura that left 16 dead and more than 130 people injured.  The Brotherhood has condemned the attack, and denied involvement.


(Blogger’s Notes: Qatar-based and funded pro-Islamists Al Jazebra News Agency -- widely known as Osama Bin Laden's mouthpiece and Muslim Brotherhood's propaganda machine -- is notorious for faking and exaggerating the rubbish news of the so-called sufferings of Bengali-Muslim illegals -- so-called Rohingyas -- from Bangladesh trying to gain a toehold in Burma so that OIC could rapidly Islamize our Buddhist Burma.) 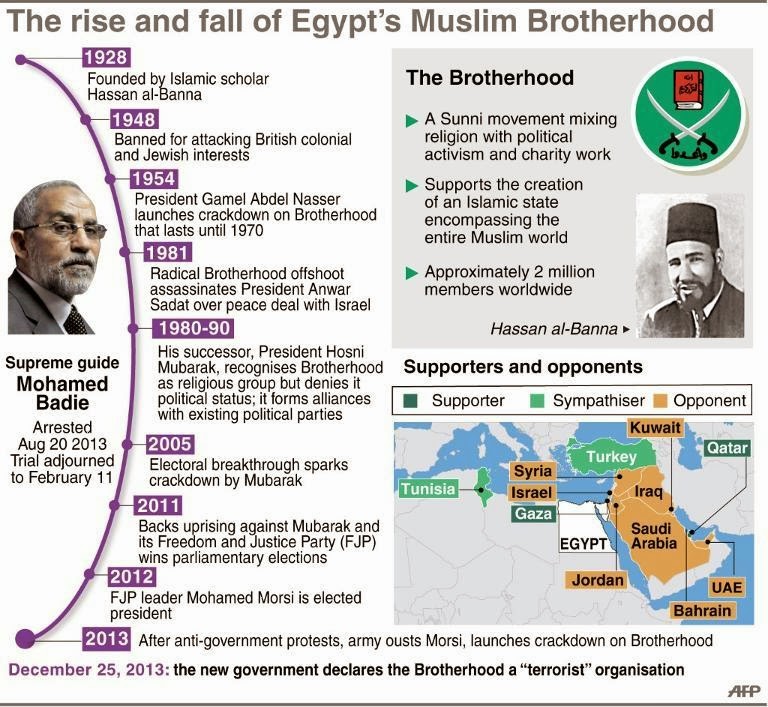