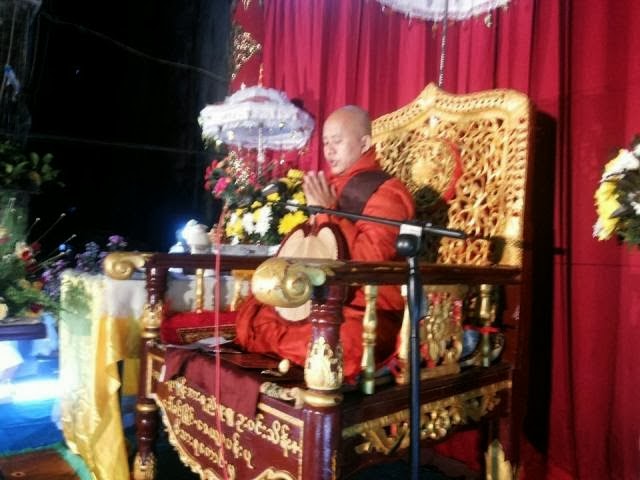 Buddhist nationalist monk Shin Wirathu is now in Rangoon for his weeklong preaching tour. At 8:30 pm on December-12 he delivered a sermon to a large audience in No-31 Ward of Dagon-Myothit-North Township.

The occasion was the very first special-Dammha-ceremony for the Ward and our Shin Wirathu delivered there a sermon titled “Attaining the ability to properly wash the blood off a blood-stained hand” to more than 900 strong Buddhist audience.

He has been in Rangoon, the biggest Burmese city with more than half-a-million Muslims, since December-11 but he hasn’t announced yet the date he will be going back to his New-Masoeyein Teaching Monastery in Mandalaly the second largest city about 500 miles away from Rangoon. 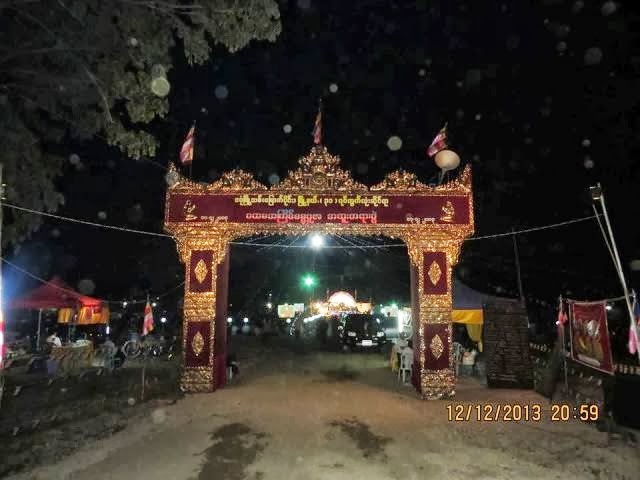 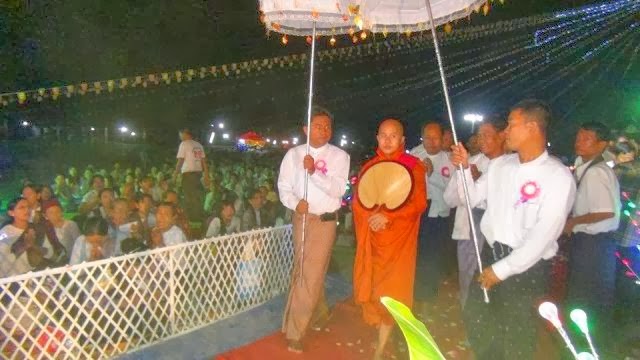 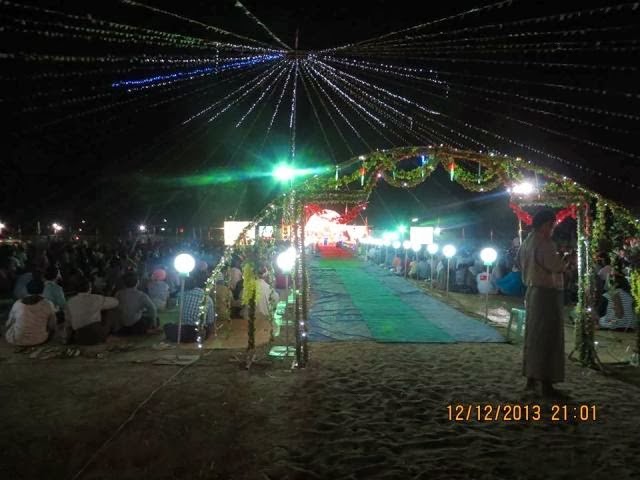 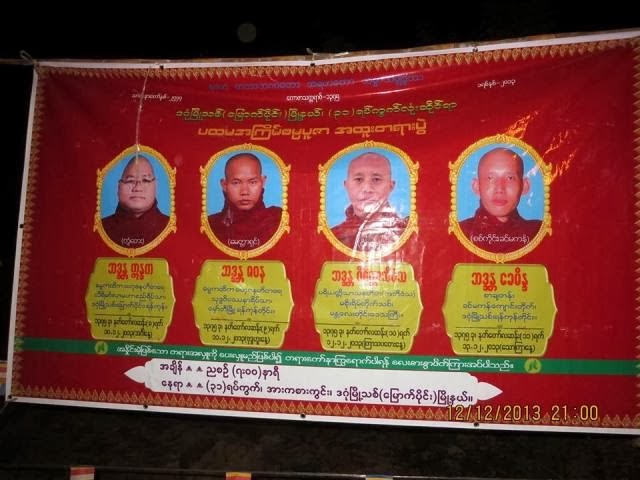 Before his delivery of sermon in Dagon-Myothit Township, at 10 am in same day the December 12 he visited and gave respect to Sayadaw-gyi Bart-dan-tah Ti-law-kar Bi-win-tha the Chairman (Padana-Naryaka) of Central Ah-myo-zount (The Organization for Protection of Race and Religion) at his abode Insein Ywar-ma Pa-ri-yat-ti Teaching Monastery. 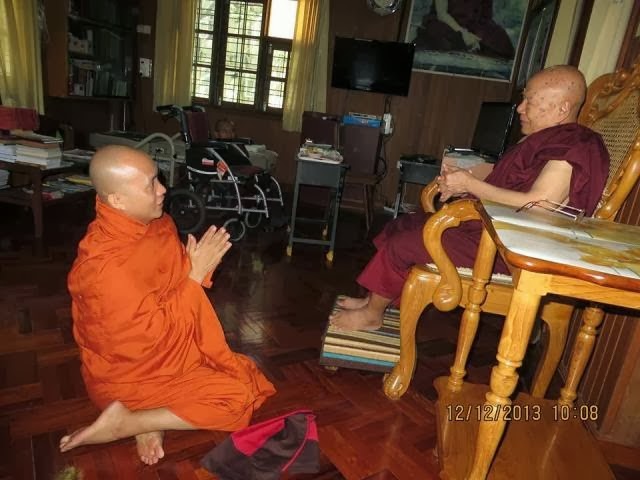 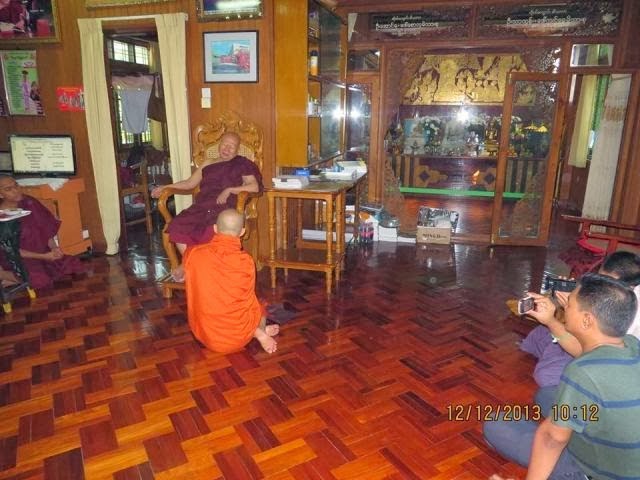 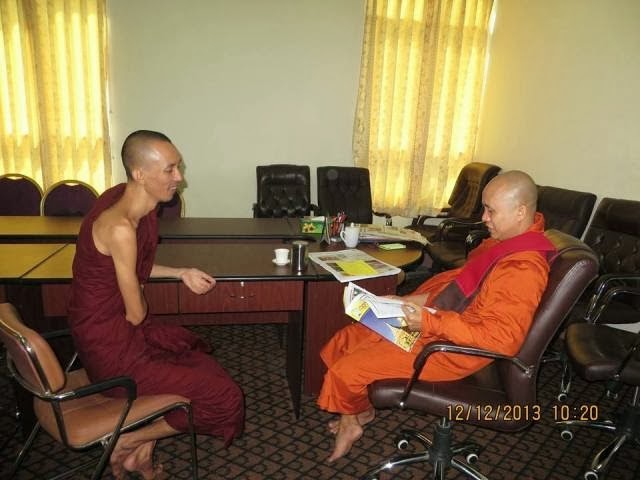 At 7 pm same day the December-12 just before his sermon in Dagon-Myothit Township Shin Wirathu had received Daw Khin Waing kyi a popular Member of Parliament from the National Democratic Force party.

In the cordial meeting discussing current political climate both domestic and international Shin Wirathu told her the absolute necessity of their proposed Ah-myo-zount drfat-law becoming a national act and to achieve that legislative aim he and she are to continue his preaching and her seminars all over Burma to educate our people. 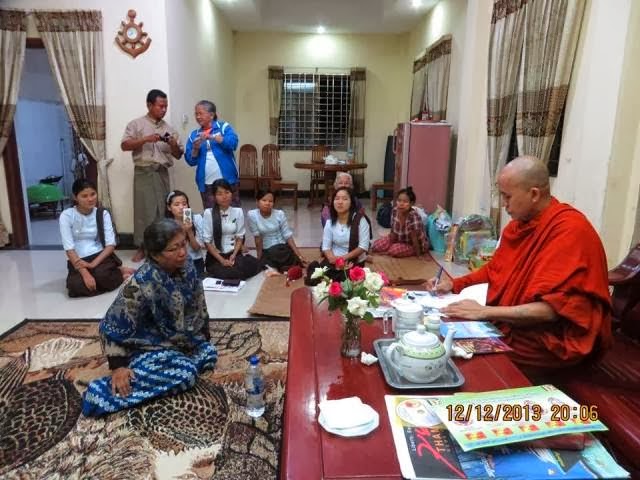 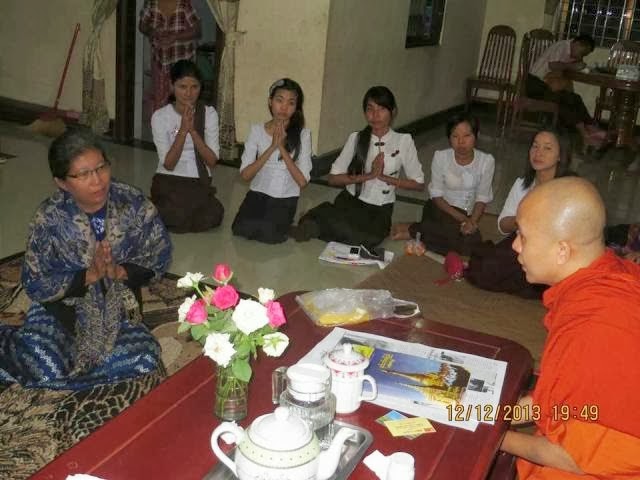 
The day before at 8:30 pm on December-11 our Shin Wirathu had delivered a sermon titled “Our sacrifices for the nationalist cause” at Kyauk-myaung-gyi Ward of Tamwe Township. The occasion was the Buddhist Dammah ceremony celebrating the fifth annual-successful- finishing of alms-collecting-and-giving by Inwa Street Yearlong Soon-laung (alms-giving) Association. 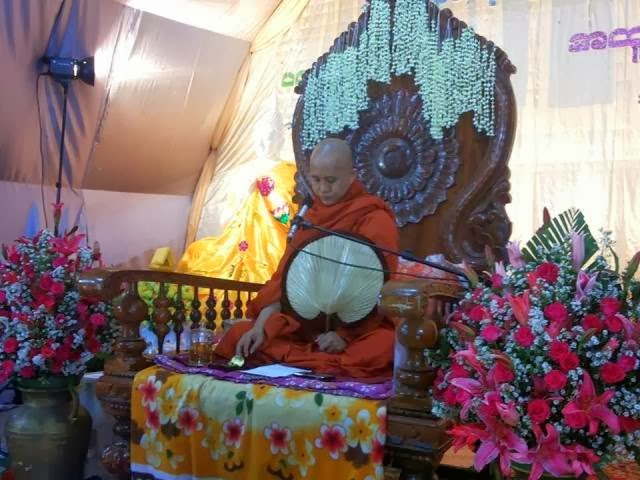 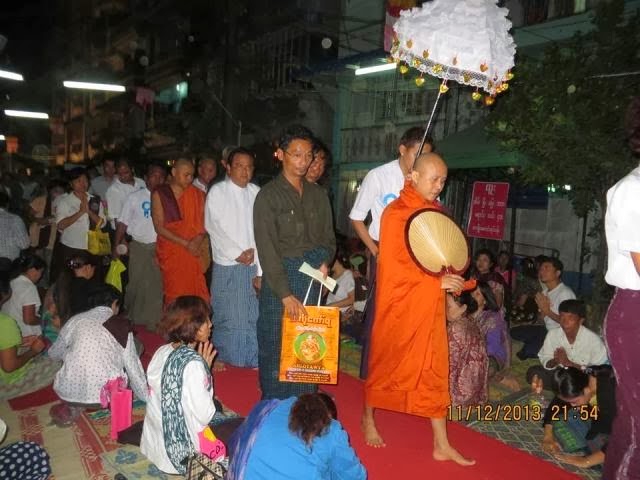 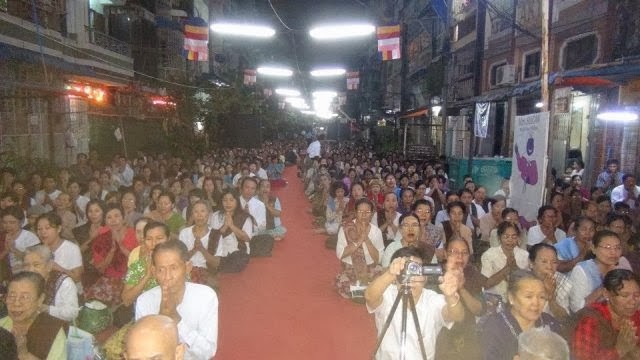 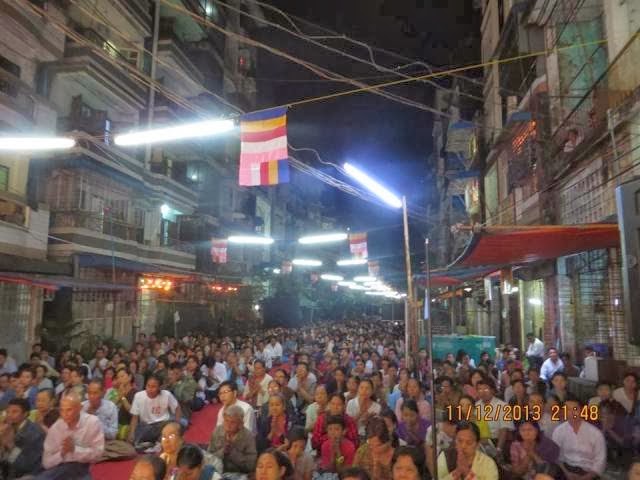 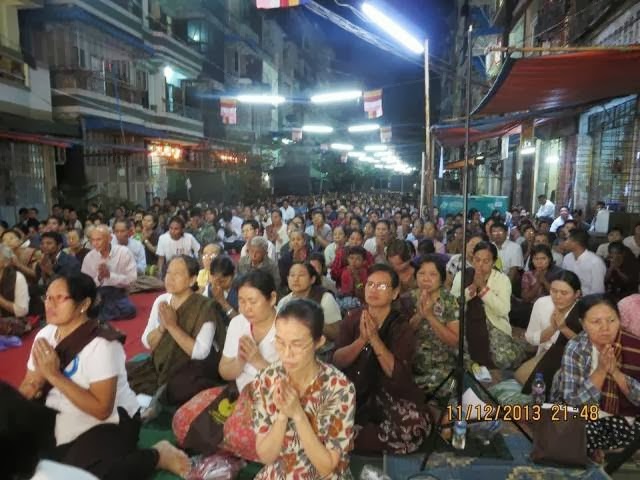