(Dexter Filkins’s article from the NEW YORKER on 24 September 2022.) 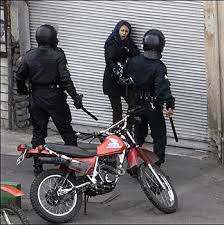 Since 2014, Masih Alinejad has published videos of Iranian women removing their head scarves. When a twenty-two-year-old died last week in the morality police’s custody, the country exploded.

Women from across Iran are pulling off their hijabs and lighting them on fire, flouting the country’s gray-bearded theocrats in dramatic scenes of a population struggling to set itself free. Of all the astonishments pouring forth from the Islamic Republic, perhaps the most remarkable is the fact that Iran was brought to this point, at least in part, by an unpaid forty-six-year-old mother working from an F.B.I. safehouse in New York City.

Masih Alinejad, an Iranian journalist who was driven into exile thirteen years ago, has helped galvanize the country’s women, amassing some ten million followers on her social-media sites and spurring them to trash the most potent symbol of the regime’s legalized gender-apartheid: the hijab, the hair covering mandated for every adult woman. 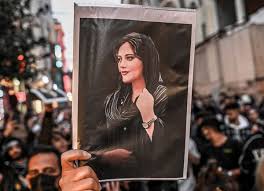 Elon Musk greenlit to activate Starlink internet for Iranians: Legal guidance by the American government on expanding internet services to Iranians was changed despite US sanctions on the country.

SpaceX CEO Elon Musk has been given the green light by the United States government to activate the satellite internet service Starlink to help Iranians protesting against the death of a woman in police custody.

Access to social media and some content is tightly restricted in Iran and significant internet outages were reported across the country on Saturday, with one of the biggest mobile phone operators disrupted, leaving millions of Iranians offline. 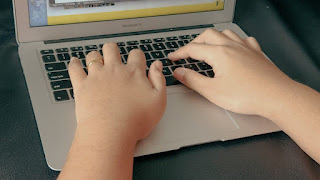 I reported on the military’s abuses, and then I became a victim: In a rare first-hand account, Frontier journalist Ye Mon recounts being beaten and sexually abused by regime soldiers in December 2021 after being detained at Yangon International Airport.

I couldn’t see the soldiers through my blindfold, but their words were terrifying enough. “If they refused to answer our questions, we raped them – women and men – and then killed them.” Despite the casual delivery, it was clear that the soldiers were threatening me. I had read numerous reports about soldiers sexually assaulting people in detention but I never imagined it would happen to me.

After covering the aftermath of the February 2021 coup along with my Frontier colleagues, I quietly flew out of Yangon to Thailand in October. The State Administration Council, as the junta calls itself, had been increasingly targeting journalists and I no longer felt safe. I had been living in a safe house for months, and soldiers and police visited my former residence at least twice looking for me. 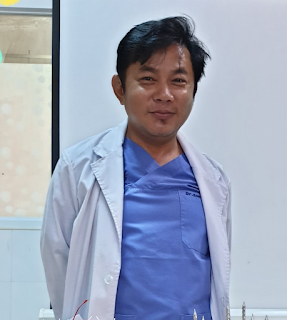 The 21st Century Burma Surgeon – OpEd: Dr. Soe Min stared at the monsoon downpour that varied between drizzling and torrential rain from inside his makeshift field hospital—a squat building with open sides, a corrugated roof, and wooden floor.

The dirt road leading to the hospital had become a mud field.  He has just operated on a villager who stepped on a landmine. His next case was a routine one, an appendectomy.  Not far from the hospital, at the village of Sezin, a fierce fight had recently taken place between the Kachin Independence Army (KIA) joined by the newly minted Peoples Defense Forces (PDF).

They were squaring off against Burma’s military known at the Tatmadaw who were reinforced by the local Shanni Nationalities Army (SNA).  The fighting had produced a flood of refugees, many badly wounded.  There is a risk the hospital may need to be closed or relocated should the fighting spread.  Dr.  Min has made contingency plans for such a scenario – he has to; after being in this war zone for the past 12 months, he must prepare for everything.