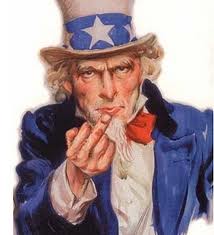 (This is US GAO - Government Accountability Office - Report on the Burmese Jade Act.)

Why GAO Did This Study

Congress passed the Tom Lantos Block Burmese JADE Act in 2008 prohibiting the import of Burmese-origin jadeite, rubies, and related jewelry and calling for certain international actions. The act also requires GAO to assess the effectiveness of the implementation of this section of the act.

This is almost 10 minutes long footage of Burmese Army's video of attack on the Wakahaung Camp aka Old Wankha Camp on the Thai Burma borderline in 1989. The footage was almost like a propaganda but I believe it was a film taken to be used as a training film for the Burmese recruits.

From my experiences Burmese Army has a traditional practice of using even the Hollywood war movies (including the Saving Private Ryan) shown to the troops for the dual purpose of entertainment and training.

(This article is from TBBC - Thailand Burma Border Consortium - website.)
The following maps illustrate how the situation on the Thai/Burmese border has developed since 1984.
1984: The First Refugees
In 1984 the border was predominately under the control of the indigenous ethnic nationalities. The Burmese Government / Army had only three main access points at Tachileik in the North, Myawaddy in the Centre, and Kawthaung in the South.
The dark-shaded border areas had never been under the direct control of the Burmese Government or occupied by the Burmese Army. These areas were controlled by the ethnic nationalities themselves, predominantly Shan, Kareni, Karen, and Mon, who had established de facto autonomous states.
The ethnic nationality resistance had influence and access over a much wider area represented diagrammatically in the pale shade. They raised taxes on substantial black market trade between Thailand and Burma and used these taxes to pay for their governing systems, their armies, and some social services.
The Karen national Union (KNU) had been in rebellion for 35 years and since the mid 1970s had been increasingly being pushed back towards the Thai border. For several years dry season offensives had sent refugees temporarily into Thailand only to return in the rainy season when the Burmese Army withdrew.
But in 1984 the Burmese launched a major offensive, which broke through the Karen front lines opposite Tak Province, sending about 10,000 refugees into Thailand. This time the Burmese Army was able to maintain its front-line positions and did not withdraw in the rainy season. The refugees remained in Thailand.
Read more »
Posted by Hla Oo at 12:39 AM


Hnin Aung and I were together at the Central Boys High (State High School No-1 Latha) in Rangoon in 1971-72. We were in our year 10 the last year of High School and he was in Class B and I was in Class A. He was small built and reserved and extremely polite but genuinely friendly and a decent boy. I was rude and rough and violent and totally opposite to him. And we were both just fifteen.

He and I were new arrivals as I the bad boy was just kicked out of Aung San Thuria Hla Thaung Army High School in Mingaladon for assaulting the Boarders-Master RSM and he was transferring from another army high school somewhere in the country as his father an army officer was just transferred into the War Office in Rangoon.

In Rangoon these colonial-era big high schools had many thousands of students coming through the local primary schools and only the best students performing well through out their previous year 8 and year 9 in the same high school were placed in the top classes like Class A and Class B. In our year the school had at least twenty Year 10 classes. If a boy was in the last class forget about his chance to get into a good university like Medicine or Engineering.

Since 1997 the imposing of brutally harsh economic sanctions, both financial and trade, against Burma one of the poorest countries on earth has been a fashionable practice for the so-called western democracies like USA, UK, and Australia. (And the Marrickville Council controlled by the Greens aka the Watermelons.)
Responding the calls of Burma’s first and only Nobel Laureate ASSK to impose sanctions against her own people the Great USA has been the worst in punishing the destitute people of Burma for their misfortune of having a government controlled by the army founded by ASSK’s own father Late General Aung San and run by his leftwing extreme nationalist comrades for last 60 years.
Absolutely no trade and no financial dealings with Burma have been allowed by the U.S. and the harsh American sanctions basically killed the textile and seafood processing industries overnight.
Thousands and thousands of young women and girls working in those two industries ended up in brothels, massage parlors, karaoke bars, and some other places of ill reputes. This is what U.S. Rangoon Embassy said about the brutally harsh sanctions.
Read more »
Posted by Hla Oo at 3:35 PM

(This is the Repost of  Htun Aung Gyaw's "I do not want to visit a zoo anymore".)

When I was seven, I thought that my parents were very stupid because they had a lot of money and they did not know how to spend it meaningfully. I loved bananas very much and I loved to go to the zoo and watch monkeys, lions, elephants, tigers, parrots and so on. It was my pleasure to watch those amazing creatures with different forms and colors.

Unfortunately, my parents only allowed me to eat two bananas per day and once per month to visit Rangoon Zoo. For me, it was not enough. I told myself, “When I grow up, I will eat many bananas and visit the Zoo every day.”

Time passed so quickly and I became an activist who tried to set things right because our country was under military rule since 1962. There was no freedom of expression, no freedom of organizing, no freedom of speech, no freedom of publication and no freedom to do business. In Burma, for 55 million people there were only four newspapers. The newspapers were totally controlled by the military junta and the junta used them as their propaganda tools. The government was all the time right and there were no questions about it.

I was one of the prominent student leaders in the 1974 U Thant uprising. U Thant was the only Burmese who was elected as the UN Secretary General and we were very proud of him. He passed away with lung cancer in 1974 in a New York hospital, and his coffin was flown back to Burma according to his wishes. However, the government ignored making it as a state funeral.
Read more »
Posted by Hla Oo at 1:46 PM

Battle of Kormoora (1989) with Videos

New Wankha or Kormoora Camp was established in 1975. The base camp of KNLA (Karen National Liberation Army) Special Battalion 101 was notorious even for the battle-hardened Burmese soldiers of SLORC (State Law and Order Restoration Council) battalions as the most dangerous place on earth.

Once they knew they were to launch an operation against the Kormoora Camp some soldiers killed themselves, some deserted, and some resigned from the Army. The popular saying in the Burmese Army then was “If one wants to die one doesn’t need to take arsenic but just go to Wankha!” and it was absolutely right.

During ten years from 1984 to 1994 more than a division (about 7,000 men) of unfortunate men of Burmese army were killed or wounded while trying to take fortified Kormoora down. The innocent dependants of those thousands and thousands of soldiers and officers sadly became the widows and fatherless orphans. It was their entire fault as they were not cordially invited into our Karen State and what they got is the deserving reward for invading our ancestral land.