Australian Auto Industry on The Brink of Collapse 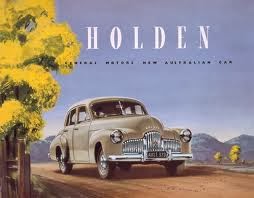 General Motors says Holden will cease building cars in Australia by the end of 2017, with the loss of 2900 jobs at its assembly operations in Adelaide and its engine and engineering plants in Melbourne.

The decision follows Ford's move to end local production by 2016 and could force a similar exit by Toyota, which says there is now "unprecedented" pressure on its own operations. It will also affect component suppliers and other support industries across the country, with the potential to result in the loss of 40,000 jobs or more.


Holden boss Mike Devereux told workers in Adelaide of the company's plans on Wednesday, fulfilling a promise to them that they would be the first to know, after days of speculation. He said the decision was made by senior GM officials on Tuesday afternoon, hours after his appearance at the Productivity Commission at which he said no decision had been made.

Holden workers being told that the company will end manufacturing by 2017.

He insisted on Wednesday that he told the truth at the commission. "Make no mistake, we have looked at every possible option to build our next generation cars here in this country," he told reporters at the Elizabeth plant in Adelaide. 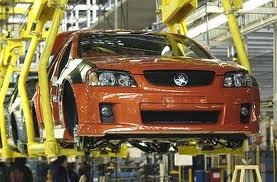 "No matter which way we apply the numbers, our long-term business case to make and assemble cars and engines in this country is simply not viable." Mr Devereux declined to answer directly questions over the federal government's role in GM's decision or if extra funding, at any level, would have convinced the company to stay on.

"This is a General Motors decision. We have all the information we need to make a conclusion in relativity to the other economies where we can make cars," he said. "It is more viable to do that in other places than in Australia."

General Motors chief executive Dan Akerson said the strong Australian dollar was one of the factors contributing to the "perfect storm of negative influences the automotive industry faces in the country."

In recent days, the federal government had ratcheted up pressure on the company to make a decision on its future, first declaring there was no more money available and then writing to Holden demanding it reveal its hand.

Federal Deputy Opposition Leader Tanya Plibersek says Treasurer Joe Hockey has got his way after "goading and daring" Holden to withdraw from Australia. The Commonwealth said Holden's future was ultimately in its own hands but unions and the South Australian government have laid the blame for its closure directly at Prime Minister Tony Abbott and his government.

"Tony Abbott and his coalition government have turned their backs on this industry and the people in it," SA Premier Jay Weatherill said. "By cutting funding and, in the past week, by attacking Holden, Tony Abbott and the coalition have forced Holden out of Australia."

"The blame for this lies squarely at the foot of the Abbott government," he said. "It's been the federal government that has made a decision that 50,000 people should be put out of work." Mr Devereux said Holdens would continue to be sold and serviced in Australia from 2018.

All cars imported into Australia would continue to be badged as Holdens and he was confident the decision to stop production would not damage the brand, despite its iconic status as a car producer for the past 65 years.

"We remain committed to being a great part of the automotive culture in this country with the Holden brand, through our dealers, for many, many years to come," he said.

Toyota said it would have to determine whether it could continue operating in Australia. "This will place unprecedented pressure on the local supplier network and our ability to build cars in Australia," Toyota Australia said in a statement.

A political storm hit federal parliament as Holden blamed a "perfect storm" of poor business conditions for its decision to stop making vehicles in Australia.

Parliament erupted with Labor blaming the Abbott government and Treasurer Joe Hockey for the loss of 2900 jobs in Victoria and South Australia by 2017, while Mr Hockey angrily rejected Labor's "confected anger".

An emotional Acting Opposition Leader Tanya Plibersek castigated the coalition for withdrawing $500 million of car industry support and not properly engaging with Holden's US owner General Motors since it won the September election.

She said Treasurer Joe Hockey has got his way after "goading and daring" Holden to withdraw from Australia. Acting Prime Minister Warren Truss rejected the claims, saying he had been told by Holden the government's actions had little influence on GM's decision.

Labor earlier moved to censure the government, with opposition employment spokesman Brendan O'Connor saying it had turned its back on Australian workers.

Mr Hockey said GM was right when it cited a "perfect storm" of "the sustained strength of the Australian dollar, high cost of production, small domestic market and arguably the most competitive and fragmented auto market in the world".

But he did add the former Labor government's carbon tax, its now scrapped plan to alter the fringe benefits tax arrangements on cars and high labour costs to the mix.

Mr Hockey appeared to concede the government wasn't willing to give money to Holden. "Ultimately, what it comes down to is prosperity only comes from hard work and enterprise, it doesn't come from the benevolence of taxpayers," he said.

The iconic car maker Holden has today announced an end to its operations in Australia. Look back on the history of the manufacturer, since its early beginnings more than 150 years ago.

Early History: The history of Holden dates back to 1856, when James Alexander Holden started as a saddlery business in Adelaide, South Australia. The firm evolved over the years, progressing from repairing car upholstery to the full-scale production of vehicle body shells.

In 1924, the company became the exclusive supplier of American car manufacturer General Motors in Australia. Throughout the 1920s Holden also supplied tramcars for Melbourne. In 1931, the two companies merged to become General Motors-Holden's Limited (GM-H). In 1936, Holden opened a new HQ and assembly plant at Fishermans Bend in Port Melbourne.


1940s: During the war years, Holden's car production was diverted to the construction of vehicle bodies, weapons, aircraft and engines. After the war, Holden returned to producing vehicle bodies for several car brands including Buick, Chevrolet and Vauxhall.

In 1948, the company finally achieved its long-term goal of manufacturing the first all-Australian motor vehicle. On November 29, Prime Minister Ben Chifley unveiled the first Holden 48-215, which became affectionately known as the "FX". The FX was a robust and economical family sedan, designed for the Australian environment.
The price was set at $733 (including tax), which represented a staggering 94 weeks wages for the average worker at the time. Despite this, the car was an immediate success and Holden could not satisfy demand quickly enough. 18,000 people had signed up and paid their deposit without even having seen the vehicle.
1950s: During the 1950s, Holden dominated the Australian car market with steady production of the utility and sedan models. By 1958 sales accounted for over 40 per cent of total car sales in Australia. The FJ Holden was introduced in 1953, with upgrades to engine power and a chrome face-lift. It went on to become an iconic Australian car. Holden also started exporting vehicles to New Zealand, starting with the utility.

1960s: In 1960, Holden introduced its third major new model, theÂ FB, inspired by 1950s Chevrolets. The FB was the first model for which left hand export versions were produced. By the early 1960s, Holden was exporting cars to Africa, the Middle East, South-East Asia, the Pacific Islands, and the Caribbean. By 1962, Holden had sold a million vehicles. An additional million were sold over the next six years.

In 1964, Holden employee numbers peak at 23,914 across seven facilities in Queensland, NSW, Victoria and South Australia. Major competitors, including the Ford Falcon and Japanese cars, arrive in Australia, but Holden's six- and eight-cylinder cars remain top sellers. In 1966, Holden became the first local manufacturer to fit seat belts on all models.

1970s: In 1975, Holden celebrates 25 years of continuous sales leadership. In 1978, the company introduces its most popular car to date, the Commodore. A $300 million Holden expansion program is announced in 1977, including a new engine plant for Fishermans Bend.

1980s: Holden faced some challenges in the 1980s, along with the entire automotive industry. The Ford Falcon eclipsed sales of the Holden Commodore and began its six-year stint as the best selling Australian car. But despite slipping behind in sales, by the end of 1982 Holden had released three versions of the Commodore. The New VL Commodore controversially uses a Nissan engine in 1986. By the end of the decade, Holden had reclaimed its number one spot as Australia as top car manufacturer.


1990s: John Bagshaw, the last Australian Holden boss, leaves the company in 1990. In 1991, Japanese car-maker Toyota beats Holden and Ford to market leadership for the first time in Australia. The company's Australian market share rises from 21 percent in 1991 to 28.2 percent in 1999. 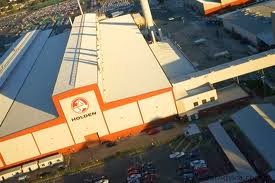 Holden's market share falls to 15.2 percent in 2006. In 2003, a new $400 million V6 engine plant is opened in Port Melbourne and Holden begins exporting to Korea, China and Mexico. The plant is GM's single largest investment in Australia for more than 20 years.

Toyota overtakes Holden as top-selling brand, a position it has held ever since. Large car sales peak at 203,524, accounting for 34.6 per cent of all new-vehicle sales. The total number of factory workers that year is 7,350.


Holden today: After 15 years as the top selling vehicle, the Commodore was outsold by the Mazda3 from Japan. It was the first time an imported car has topped the local sales charts.

Holden continued to manufacture motor vehicles in Australia as a subsidiary of General Motors, as well as exporting vehicles and engines to other countries. Its headquarters are still in Port Melbourne, with an engine manufacturing plant on-site and vehicle manufacturing operations in the northern Adelaide suburb of Elizabeth. It is also represented by more than 300 dealerships nationwide.

The future: General Motors Holden has today announced the company will stop making vehicles by the end of 2017. Nearly 3,000 Holden workers are set to lose their jobs over the next four years as the iconic car maker winds down its Australian operations.

(Blogger's notes: Holden's coming demise on 2017 is a heart-wrenching news for me as I have been a devoted Holden driver and owner for last 15 years. I love our Holden, period. Maybe the GM-Australia will bring in those imitation Holdens from Thailand and re-badge and sell them as Holdens in Australia. I just hope they are as good and strong and reliable as our Australian-made ones as I'll still be buying one or two year old Holden every four or five years as I always do last 15 years.)
Posted by Hla Oo at 11:39 AM