(Translation of news article direct from NARINJARA NEWS on Jan 25, 2014.)

Fifty-seven Bangladeshi nationals who were on their way to be smuggled across the Indian Ocean to Malaysia as so-called persecuted Rohingyas from Burma’s Arakan were arrested at the Bangladeshi border town Teknaf before they were able to board their human-trafficking boat.

All 57 Bangladeshi-Muslims preparing to be smuggled by traffickers into Malysia as Rohingyas by a fishing boat via seaways were captured in Teknaf’s Korsunia Ward by the agents of Bangladeshi Customs at about 5 pm on January 24.

All 57 had been transferred to Teknaf Police Station. At first the Bangladeshi police at Teknaf had trouble establishing real identities of them as they all claimed to be so-called Rohingyas from Burma.

But Bangladeshi policemen knew very well who they were as their own countrymen who as a standard practice had destroyed all their Bangladeshi identity papers. Only after police seriously threatened them with sending all back to Burma across the nearby borderline they all eventually admitted that they actually were Bangladeshis after all.

Even though Bangladeshi workers are officially allowed to go work in Malaysia by bi-Nation Agreement between Bangladesh and Malaysia most Bangladeshis prefer to work as illegal immigrants in Malaysia as the so-called Rohingyas have much better prospects to be resettled in a third country like US, UK, and Australia.

And also the easily-gullible Malaysians sympathised with so-called Rohingyas but most Malaysian-Muslims looked down on poor Bangladeshis.

One more benefit obviously is they could get UN-sponsored resettlement and also humanitarian benefits if they could register with UNHCR as bona-fide Rohingyas from Burma. These Bangladeshi illegals could end up in US or Australia but as Bnagladeshis they basically have no chances unless they have PhDs or double-Masters in Nuclear Science or something like that.

More Than Half of All Rohingya Refugees are Bangladeshi Illegals

Once in either Thailand or Malaysia all these illegal Bangladeshis produce their fake so-called White-Cards issued to Bengali-Muslims by Burma Immigration as Guest Citizens of Burma and immediately claim political asylum and demand official refugee status with UNHCR.

That identity abuse was so rife in Malaysia in such large scale that during recent Immigration Operations or Operasis in Malaysia not a single Bangladeshi illegal immigrant was officially nabbed even though there are nearly half-a-million illegal Bangladeshis in KL and nearby townships alone.

And most Bangladeshi illegal immigrants caught there by RELA the notorious Malaysian civilian-militia were listed by Malaysian Immigration as the Rohingyas or Bengali-speaking Muslims from Burma.

One can't blame Malaysian officials for their sheer stupidity as in their ignorant-eyes Bangladeshis from proper-Bangladesh and Bengali-Muslims from Burma-Bangladesh border are completely look-alike. They have the same look, they speak same language, they behave exactly the same, and they follow the same Wahabi-fundamentalist-extremist Sunni Islam. They must be the same.

And all those ubiquitous human-right INGOs -- including that infamous Chris Lewa’s Arakan Project and New York-based Human Rights Watch (HRW) the well-known donor stooges -- taking money left and right from filthy-rich oil-Arab-countries like Saudi Arabia and Qatar are also willing partners to count all these Bangladeshi Illegals as so-called Rohingyas to exaggerate their claims for more and more already-overly-generous funding from Islamist Arabs.

According to UNHCR there are now more than three millions so-called Rohingya refugees worldwide. Which is exordinarily un-believable figure as just two small townships of Maungdaw and Butheedoung with just over one million illegal Bengali-Muslims could send nearly three millions refugees to all over the world.

Something fishy is obviously going on and UNHCR and all foreign governments especially Australia has known that fact for very long time now. For some time now the UNHCR officials have even been whispering among them that well over half of all Rohingya refugees in their books actually are Bangladeshis trying to take advantage of UN and World’s sympathy and good will towards so-called Rohingyas.

Australia under previous Socialist-Labor Government till last year has also been inundated with those Bangladeshis claiming as Rohingyas and invading Australia via Indonesia. In Australia illegal Bangladeshis are routinely rounded-up and straight away put on a plane and sent back home to Dhaka. But Australian Immigration would not even dare to arrest a so-called Rohingya as an illegal immigrant.


That is one of the main reasons new Australian Government under Conservative Liberal Party is using her navy to forcefully turn or tow the rickety Indonesian fishing boats ferrying illegal Muslims mostly Bangladeshis to Australian Waters back into Indonesian Waters despite the repeated UN’s and INGOs’ complaints. 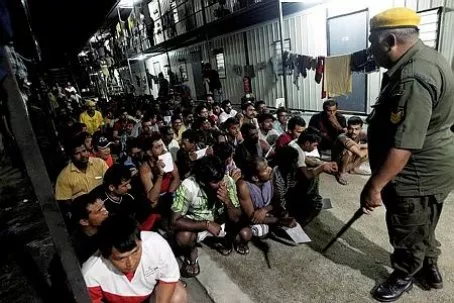 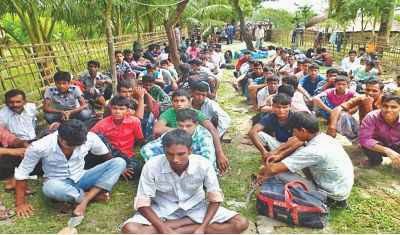 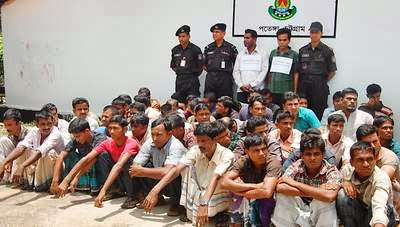 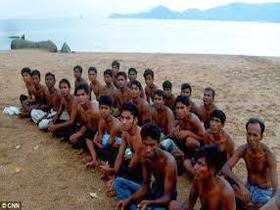