At about 10:30 in the morning of January-10 the NDF (National Democratic Force) Party’s leadership led by their Chairman Khin Maung Swe visited Shin Wirathu at his Dannah-thahara School of New Masoeyein Teaching Monastery to pay their respects.


Afterwards the NDF leadership also went to pay their respects to the Maharnaryaka Sayadaw of New-Masoeyein Teaching Monsatery Shin Bartdanta Thaylar Biwuntha who in return had told them to respect the land and also to understand the value of land when they as the politicians are out organizing the farmers and workers. 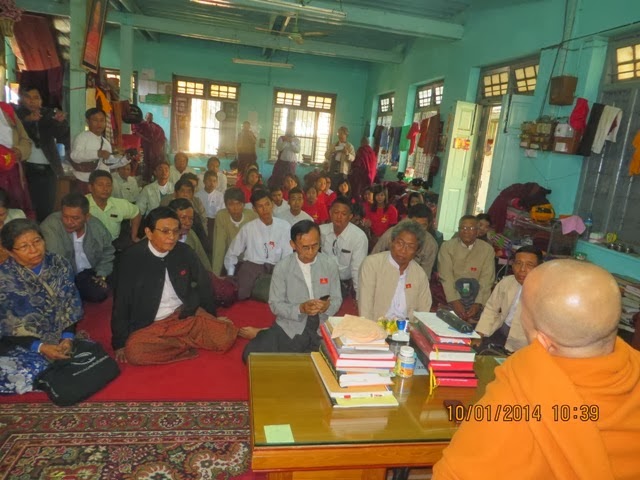 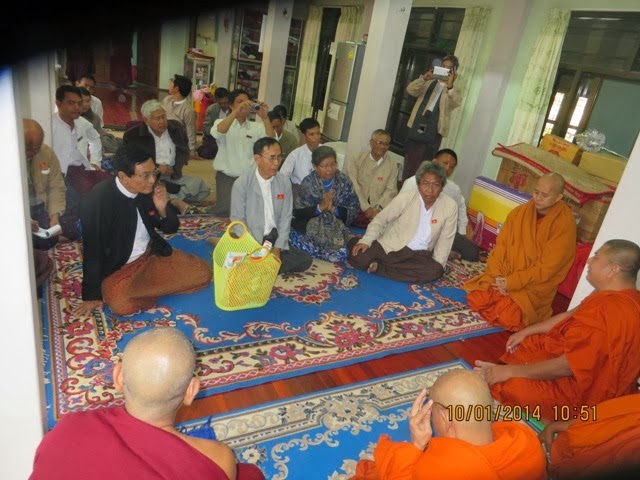 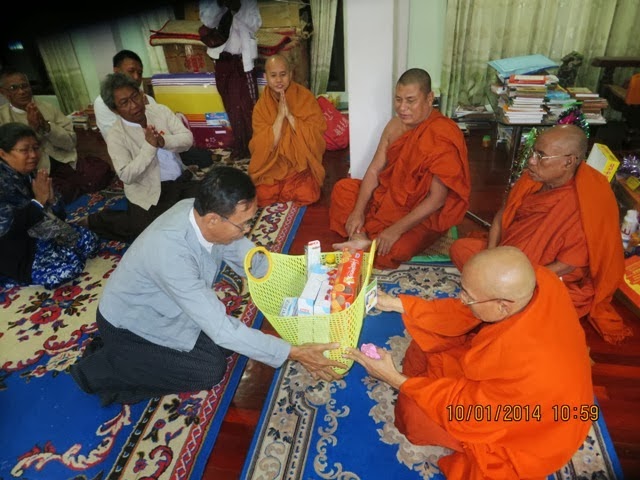 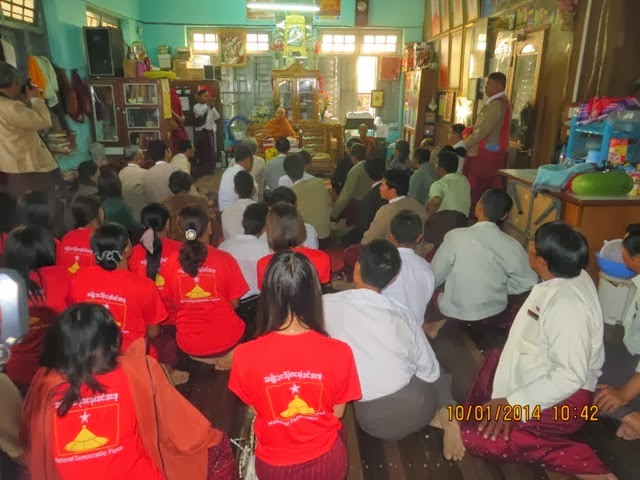 NDF: The National Democratic Force on the side of Buddhist People

The National Democratic Force (Burmese: အမျိုးသား ဒီမိုကရေစီ အင်အားစု , abbreviated NDF) is a Burmese political party formed by former members of the National League for Democracy (NLD) who chose to contest the 2010 general election in Myanmar (Burma) while Aung San Suu Kyi-led NLD had boycotted that election.

The opposition National Democratic Force (NDF), which split from Suu Kyi's party in order to contest the vote, has a total of 12 seats in the legislature's two chambers. 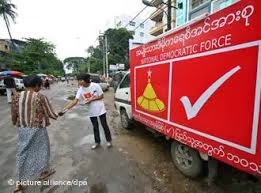 
By re-aligning themselves along the line of Shin Wirathu’s and 969-movement’s populist nationalist anti-Muslim stance the NDF is aiming to grab a substantial number of parliamentary seats from both ruling USDP led by President Thein Sein and opposition NLD led by ASSK in 2015 General Elections.