Followings are the eleven photographs of water-tight criminal evidence collected at the scene of the brutal mob-slaying of Burmese Security-Police Sergeant Aung Kyaw Thein by the Bengali-Muslim men of Duchiyardan Bengali-Muslim Village in Maungdaw South.

While the whole Buddhist nation of Burma has been mourning the tragic and heroic death of our Police Sergeant Aung Kyaw Thein a native Yakhine-Buddhist in the criminal hands of rioting Duchiyardan Bengali-Muslims the Saudi-funded and OIC-sponsored Bengali-Muslim network all over the world has gone into the overdrive shamelessly turning the whole Bengali-Muslim terrorist attack on the Burmese police patrol in the dark night of January-13 into so-called Yakhin-Buddhists’ slaughter of Bengali-Muslim women and children.

Unbelievable thing is that the whole consortium of pro-Muslim and so-easily-gullible UN, OIC, US, and UK have also gone into the overdrive pressuring Burma to allow their so-called International investigators to probe into the unfortunate Duchiyardan incident basing on the baseless lies coming out of Bengali-Muslims’ collective mouth.


For all those pro-Muslim organizations and western nations who are basically ignoring the true fact behind the slain Yakhine-Buddhist Police Sergeant Aung Kyaw Thein but instead focusing deliberately on the Muslims’ fabricated story of Yakhin-Buddhists massacring Bengali-Muslim women and children, following photos will provide the true facts behind this so-called Duchiyardan incident.

By the way I do need to inform my readers that Khin Aye Lwin the 29 year-old wife (now a widow) of fallen Sergeant Aung Kyaw Thein (39) delivered their very first child and a daughter (now a fatherless orphan girl) on January 25 just last Sunday.

The beautiful baby girl is healthy and well, thanks God for that, and she and her mother will be kindly taken care of by the people of Burma for rest of their lives. Already millions and millions of kyats are pouring in for them from so many individual well-wishers and groups all over Burma.


May Our Sergeant Aung Kyaw Thein’s Soul Rest In Peace! 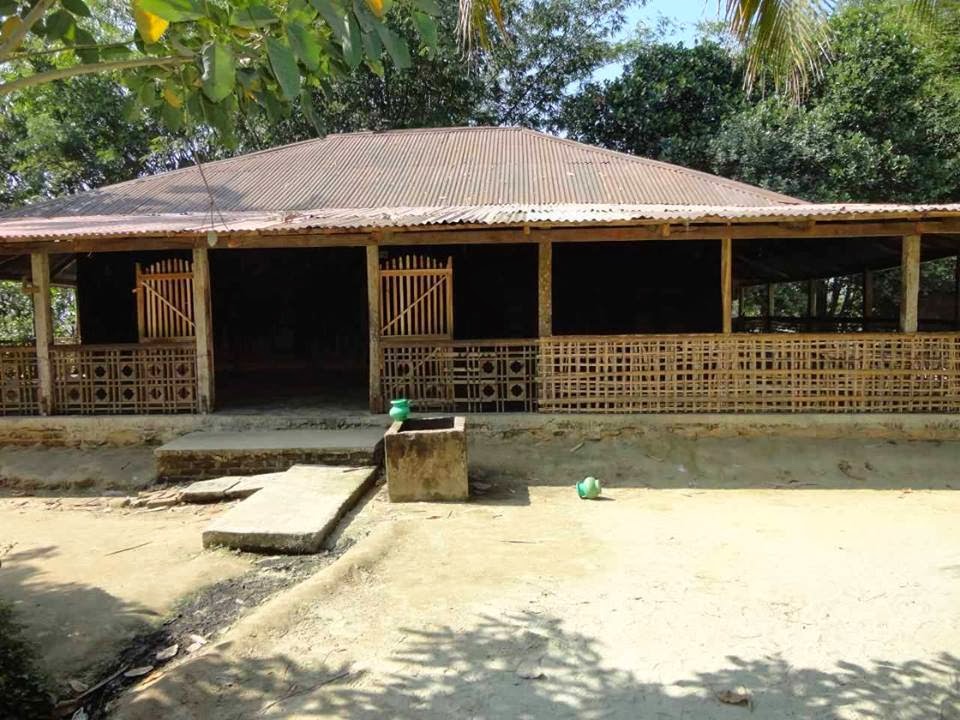 According to a Bengali-Muslim eyewitness only about 50 of Duuchiyardan Muslim villagers led by the group of RSO-trained terrorists crossing back from Bangladesh just few days back were being involved in chasing and killing the fleeing Burmese-Buddhist police sergeant in that dark night of January-13.

While the rest of his combined police and administrators patrol were able to get away from the armed Muslim mob the Sergeant at the back got separated from the patrol and lost in the winter paddy field as he rushed through the vegetable plot at the south of the Duchiyardan Village.

He was quickly caught being tangled in the old fishing nets spreading on the bamboo fencing of the vegetable plot right in the middle of the field. The Muslims then dragged him back into the village and ripped all the uniform and police equipment of his body.

They then dragged him into the Ismai Mosque and cut his throat from ear to ear. Later four or five RSO terrorists took his body to the beach and dumped his body in the sea from a small row boat. Still his body has not been found yet.

The RSO-trained Bengali-Muslim terrorists were able to sneak back across the border into Bangladesh next night, added the Bengali-Muslim man who has been cooperating with the Burmese authorities. 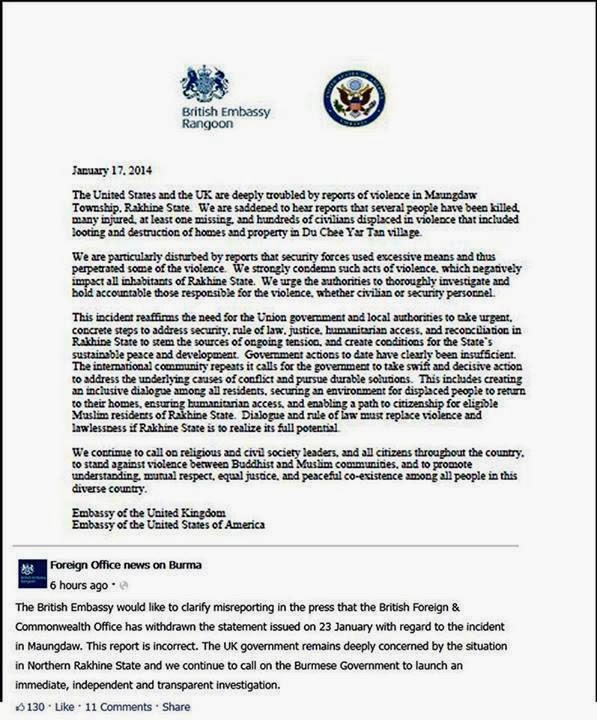