Steepening Yield Curve Of US Bonds: What Does It Mean?

(Matthew Krupski’s article and chart direct from The Barchart.com onJanuary 24, 2014.) 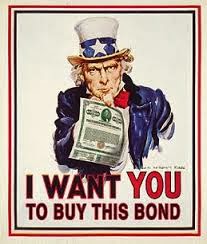 Recently, there has been a renewed focus on the yield curve and its implications for future economic growth.  Analyzing the movements in the curve can provide investors with insights into economic forecasts and trading opportunities across multiple markets.

The US Treasury Yield Curve is simply a graph of different treasury instruments and their respective yields, with their time until maturity on the horizontal axis, and their yield on the vertical axis.

In a typical yield curve, longer termed instruments have higher interest rates.  This makes sense on an intuitive level: investors demand more interest for locking up their money over longer time periods, in order to compensate them for opportunities missed during that extra time.

This can be interpreted in two ways: investors aren't optimistic about longer term economic prospects and are happy to earn lesser long term yields, or current economic conditions are such that short term money is at a premium.

Recently, the US Treasury Yield Curve has been steepening. Again, this makes sense in conjunction with other economic indicators:  employment is increasing, GDP is growing, corporate earnings are climbing, and consumer confidence in our recovery is rising.  Investors are growing more confident in our economy, and as such, are demanding a higher return in exchange for locking up their money longer. 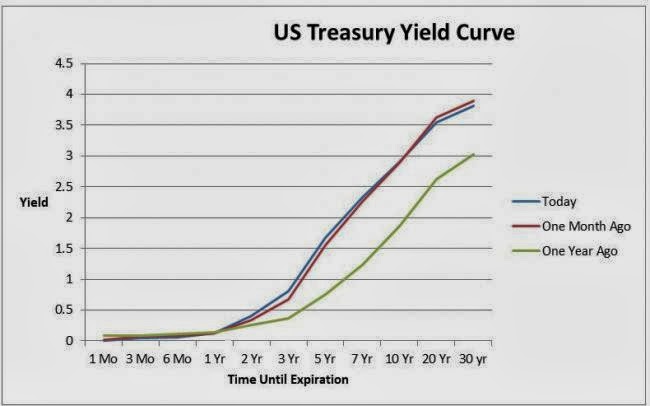 In addition, the actions and statements of the Federal Reserve have also contributed to the changes in the yield curve.

Last month, the Fed reduced the amount of their monthly purchases and most experts predict that they will continue to taper the amount of purchases as the economy improves.  As the Fed exits their bond buying program, this removes a large buyer from the markets, and prices should fall in longer termed instruments (and as prices fall, rates rise).

In addition to the taper of their bond buying, the Federal Reserve has stated that it intends to keep short term interest rates low for the foreseeable future. If that is the case, the short end of the yield curve should not change much, leading to a steepening situation (long term rates increasing and short term rates staying basically unchanged).

Traders interested in trading the yield curve can do it in the futures market through spread trading.  Remember that a steepening or flattening of a yield curve is a change in the difference between short term rates and long term rates.